New polling from Ipsos finds that 49% of people aged 18-75 in Britain think it is unlikely that the Government currently have an exit strategy to end the coronavirus lockdown.  Almost as many, 45%, think the Government is likely to have a plan, but only one in ten believe it is very likely.  Unsurprisingly there is a clear partisan divide: almost six in ten (57%) of Conservative voters think it likely the government has an exit strategy, but only one in three (35%) of Labour voters. 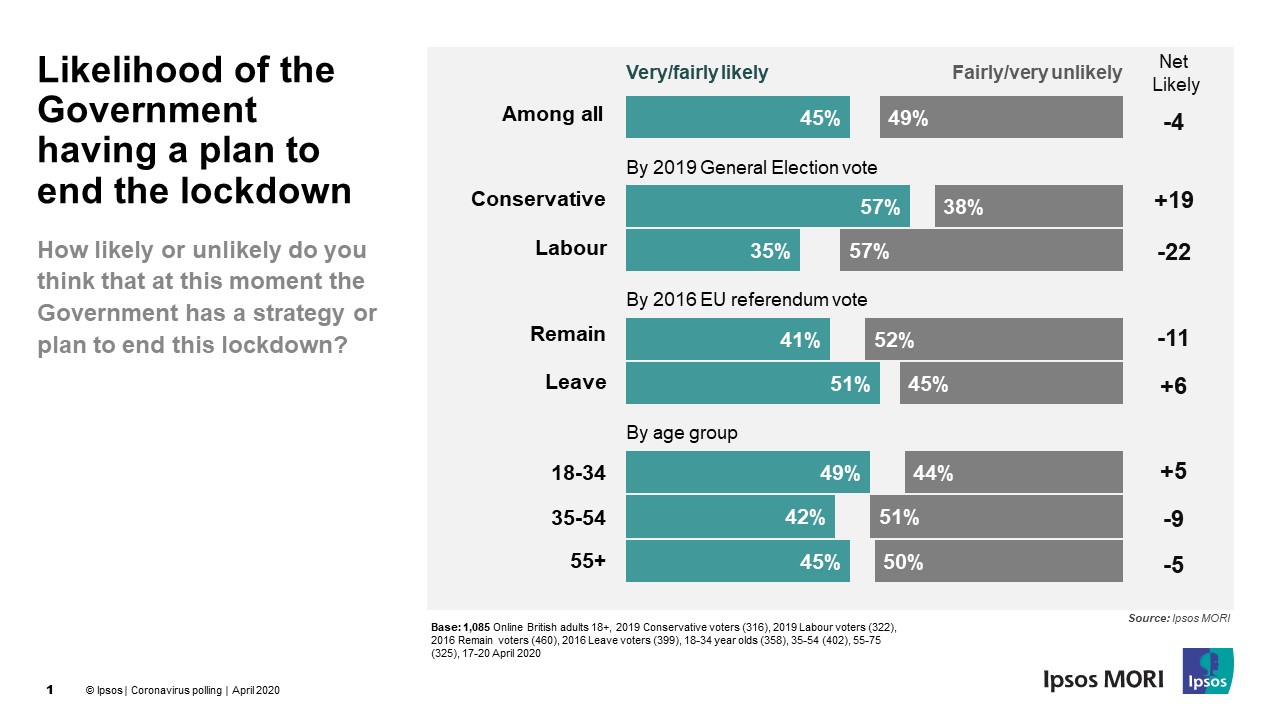 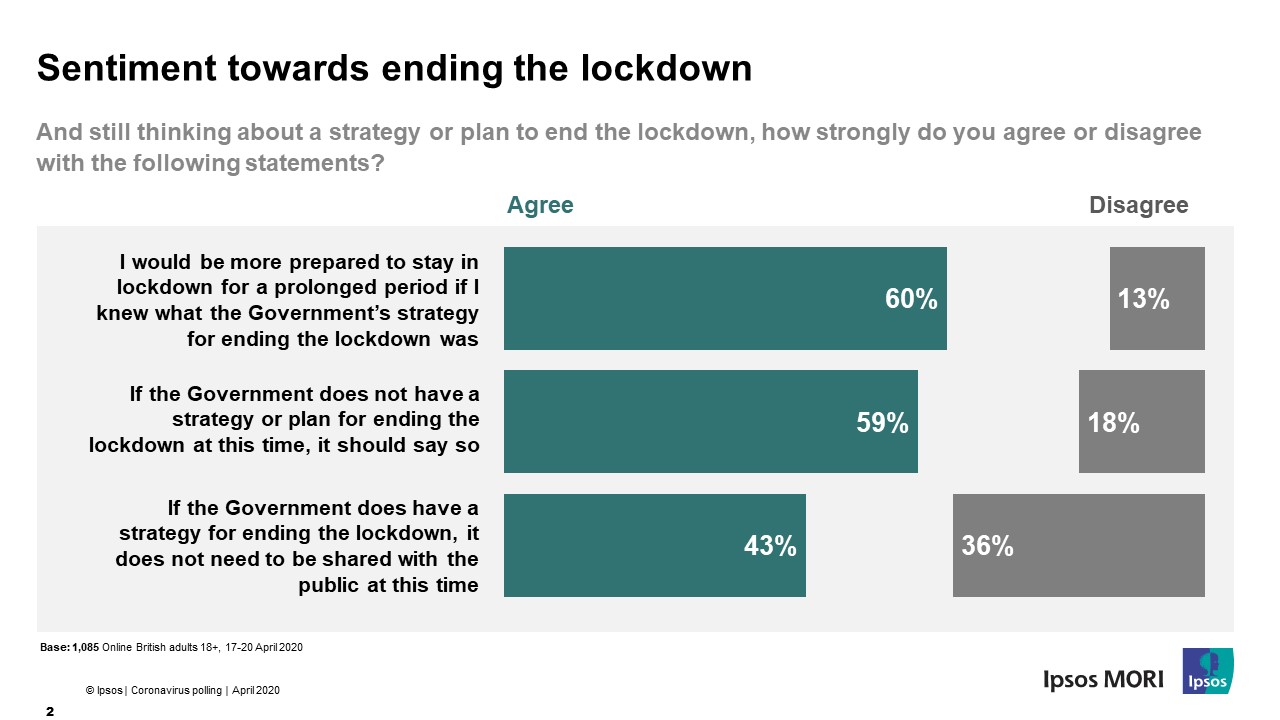 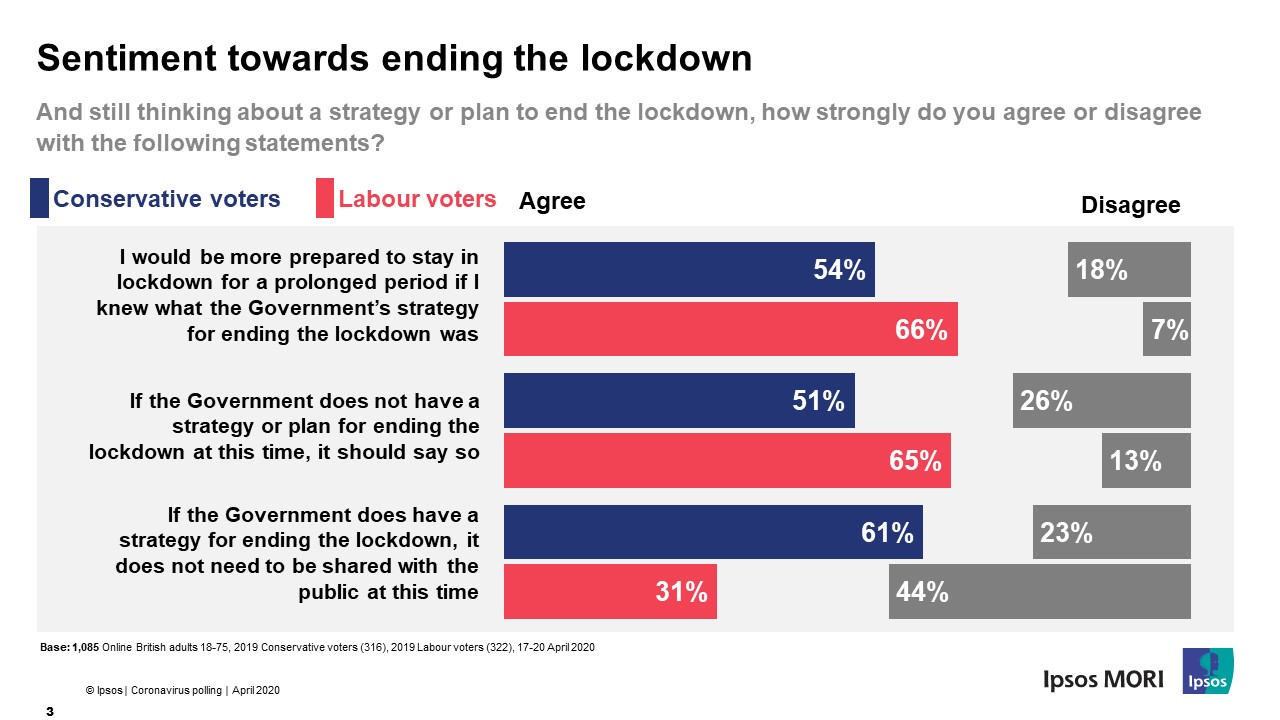 “The British public are split on whether the Government currently has an exit strategy to get the country out of lockdown (with the Conservatives’ own supporters more confident), but the majority (especially young people) claim that we would be more prepared to stay in lockdown for a prolonged period if we knew what the exit plan would be in the future – although remember these are just perceptions at this stage. These findings do suggest that the Government could secure support for continuing the lockdown further, but they would also need to provide some reassurance that they have a plan for the future.”

Ipsos interviewed a representative sample of 1,085 British adults aged 18-75. Interviews were conducted via Ipsos's online omnibus between 17 - 20 April 2020.  Data are weighted to match the profile of the population. All polls are subject to a wide range of potential sources of error.