Favourability towards Johnson and Starmer 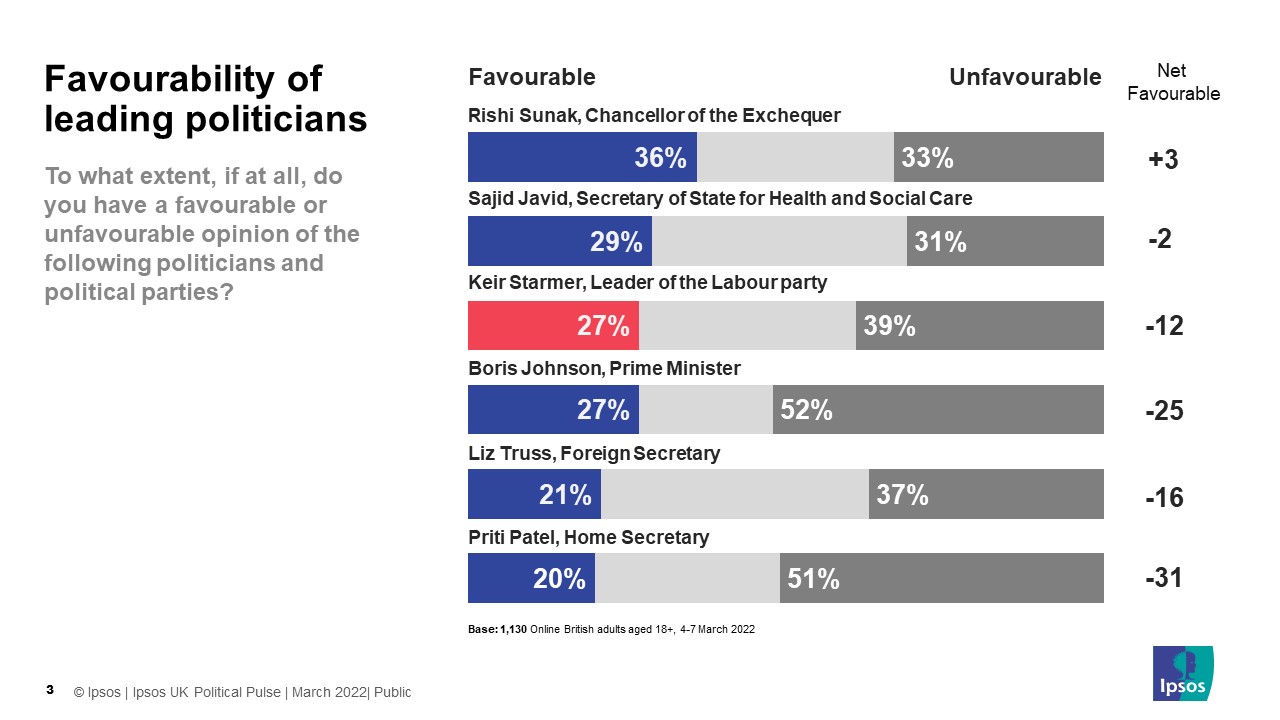 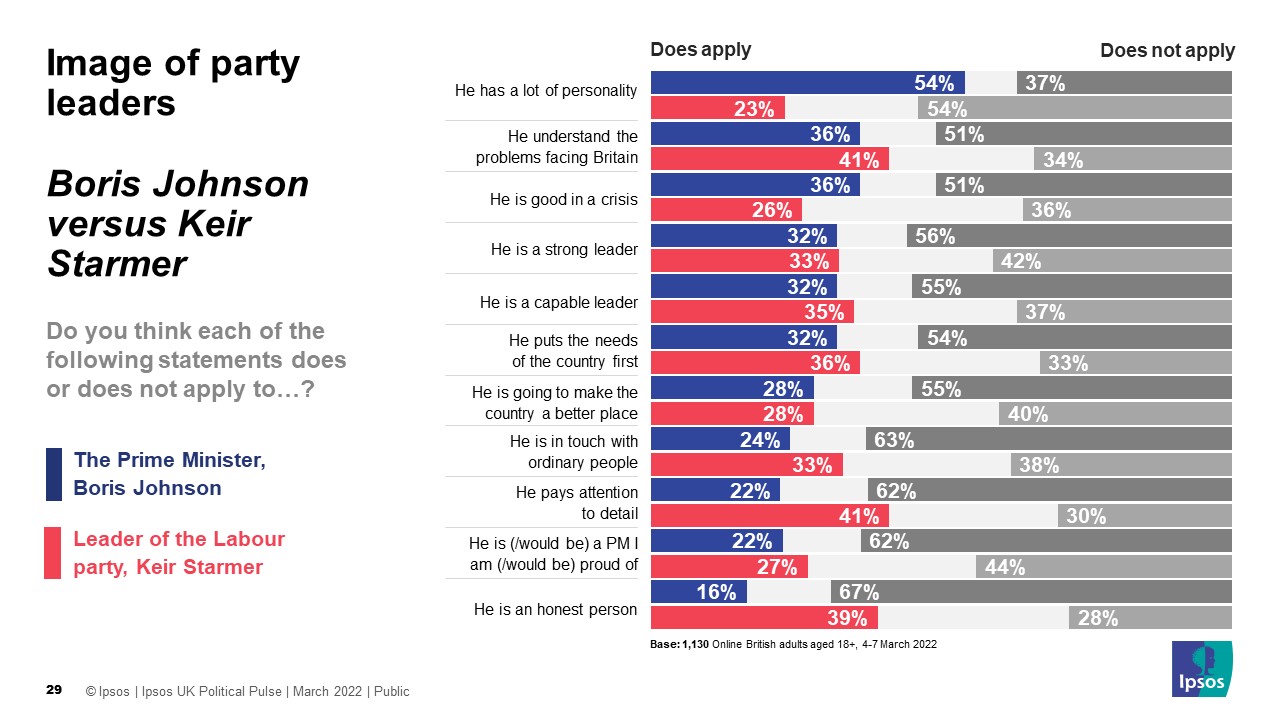 Elsewhere in the poll

Keiran Pedley, Director of Politics at Ipsos, UK said of the findings:

Having seen his personal poll ratings fall sharply amidst police investigations into Downing Street parties, the Prime Minister will be pleased to see his favourability ratings rebound somewhat this month. However, Johnson’s numbers on a host of leadership attributes remain worse than they were a year ago and Labour are still ahead in the polls. So Johnson still has work to do, if he is to restore his standing with the public to where it once was.

Ipsos interviewed a representative sample of 1,130 Britons aged 18+. Interviews were conducted online from 4-7 March 2022. Data are weighted to match the profile of the population. All polls are subject to a wide range of potential sources of error.