EU publics see London as the top city in Europe

The 2017 edition of the Ipsos Top Cities Index finds that New York is the most popular city worldwide, retaining the title it claimed when the survey was first run in 2013.

New York also tops the list of favourite cities for citizens of the nine EU countries in the sample – Belgium, France, Germany, Great Britain, Hungary, Italy, Poland, Spain and Sweden. Focusing only on the 18 EU and EFTA cities in the list, it appears that any concerns about the negative impact of Brexit on London’s image are yet to materialise. London retains its crown as the leading city in this region, with a strong lead over Paris and Zurich. 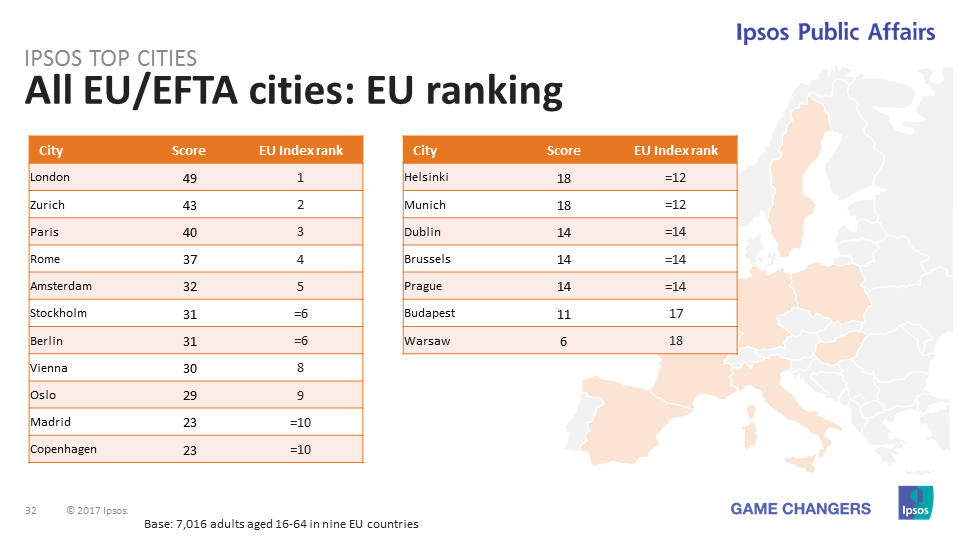 Sydney appears to have more limited appeal to younger people. Whilst it is the second-favourite city for Baby Boomers and third-favourite for Generation X, Millennials (aged 22-37) rank it as their ninth-favourite, whilst Generation Z (aged 21 and under) put it tenth. Other cities that have greater youth appeal include Los Angeles, Tokyo and Berlin. 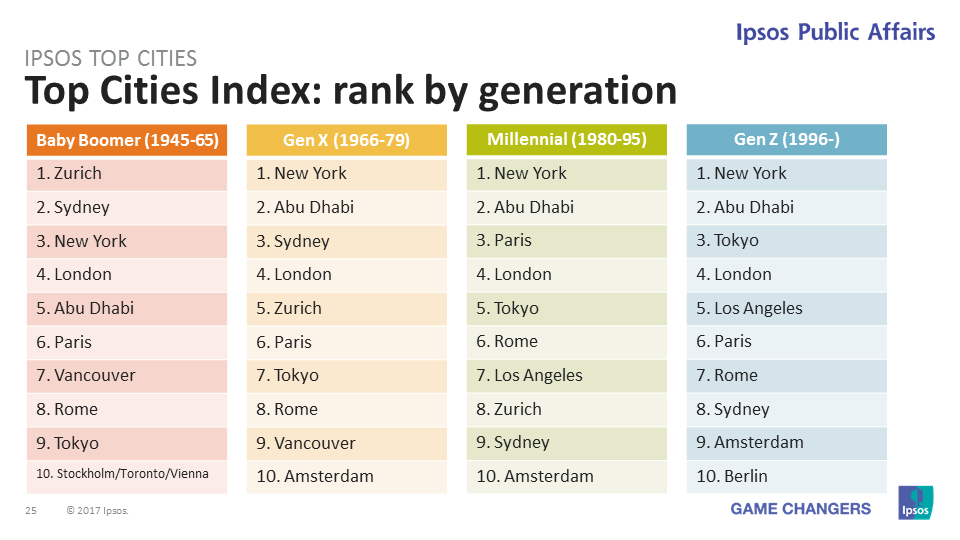 Again we see the power of the New York brand with its appeal to people across the world, young and old.  In the wake of Brexit, London will be pleased to remain Europe’s pre-eminent city, ahead of its arch-rival Paris. But the rise of Abu Dhabi and the weakness of Sydney among younger people remind us that no city can afford to rest on its laurels.