In a new online survey by Ipsos, the British public say journalists are doing a better job at holding the government to account over how it has responded to the coronavirus than the Labour Party and its leader. Most likely to be seen to do a good job are journalists at the Government’s Coronavirus daily briefings (43%), followed by TV and radio journalists (40%). 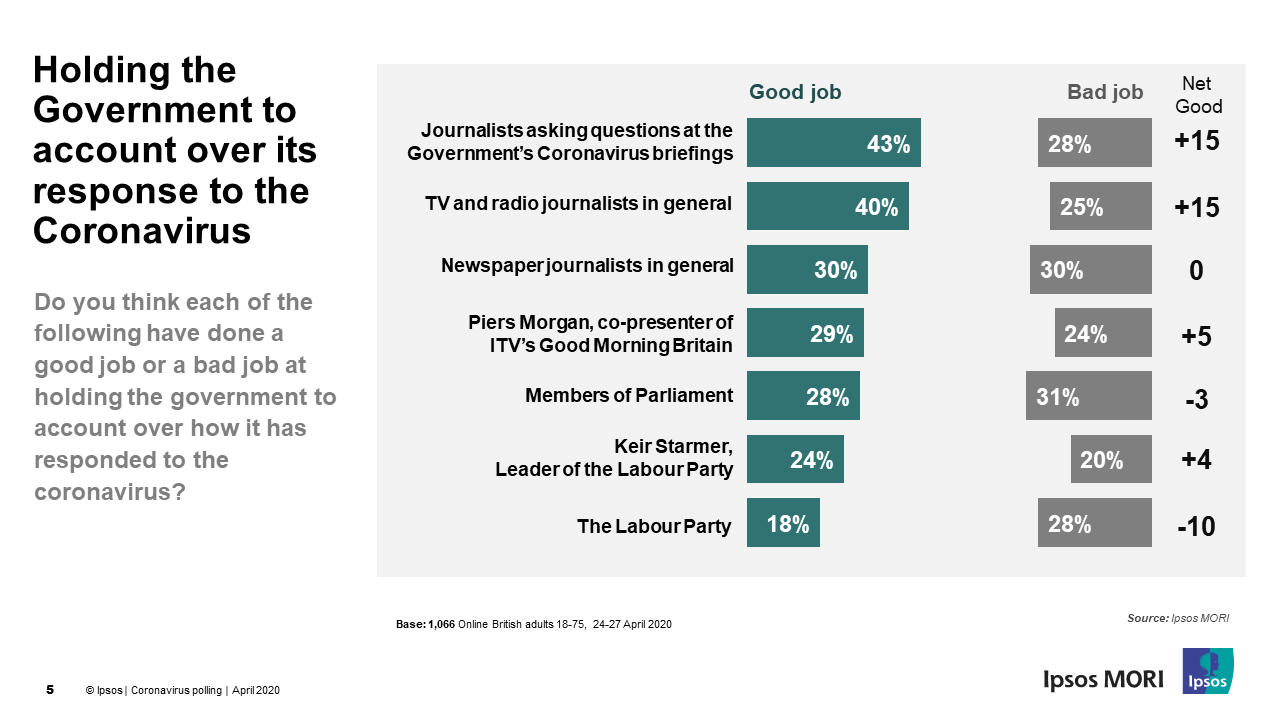 However, the numbers for Starmer and the Labour Party may reflect that Keir Starmer is still something of an unknown entity with the general public so far. Although just 24% say he is doing a good job holding the government to account, just 20% say he is doing a bad job. The majority do not have an opinion either way, 34% say Starmer is neither doing a good job nor a bad job and 23% say they don’t know.

Piers Morgan, co-presenter of ITV’s Good Morning Britain is seen as being an effective check on the Government power by 29% who think he is doing a good job while 24% disagree. However 28% say they don’t know and 20% are neutral.

Despite recent controversy about journalists challenging government spokespeople, by 43% to 28% the public say they are doing a good job in holding the government to account.  They do rather better than the official Opposition - highlighting the challenge Keir Starmer has in connecting with the public during the crisis.