Ipsos’s latest Political Monitor, taken 3 – 10 December (before, during and after the so-called ‘partygate’ story broke) shows Keir Starmer leading Boris Johnson by 13 points on who would make the most capable Prime Minister.

When asked who would make the most capable PM. 44% of Britons choose Keir Starmer (+6 from Sept), 31% choose Boris Johnson (-7 points).

This is the lowest proportion of Britons choosing Johnson since he became PM and the first time a Labour leader has been ahead on this measure with Ipsos since Gordon Brown led David Cameron in Jan 2008. 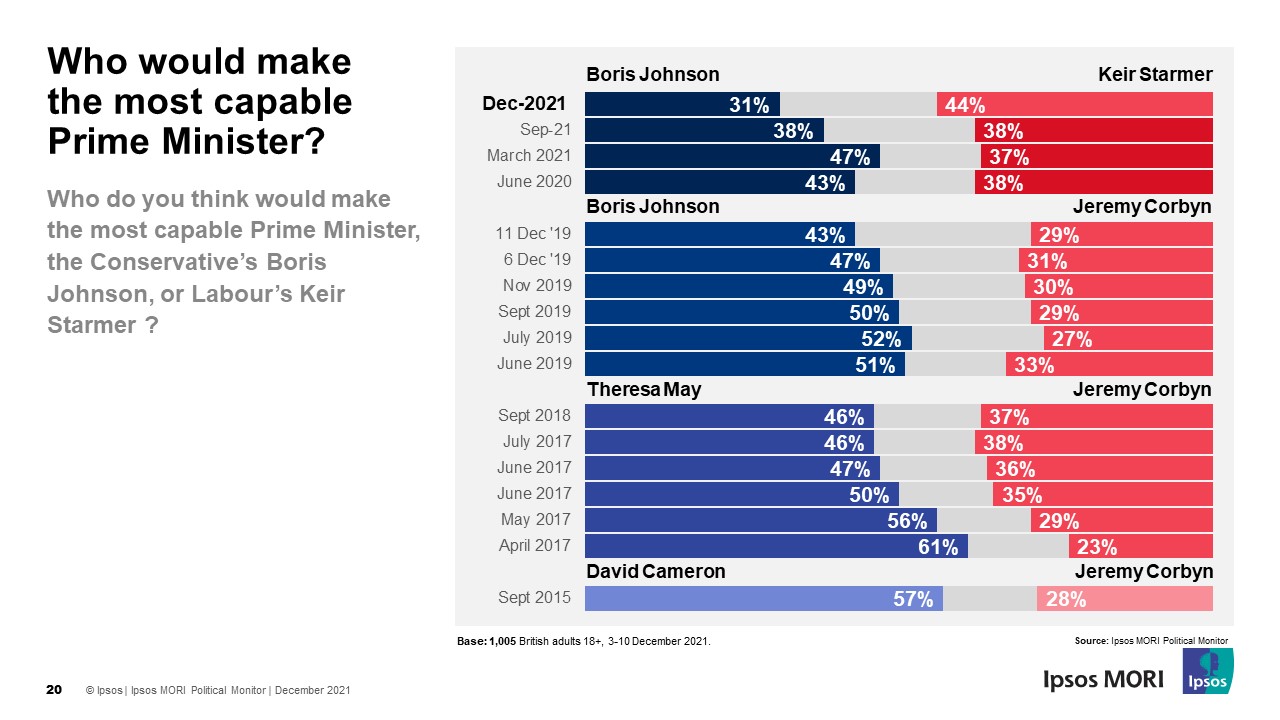 When asked whether or not a series of leadership attributes apply to Boris Johnson and Keir Starmer, the Labour leader leads Mr Johnson on 8 out of 11. In June, when we last asked this question, he led on only 3. 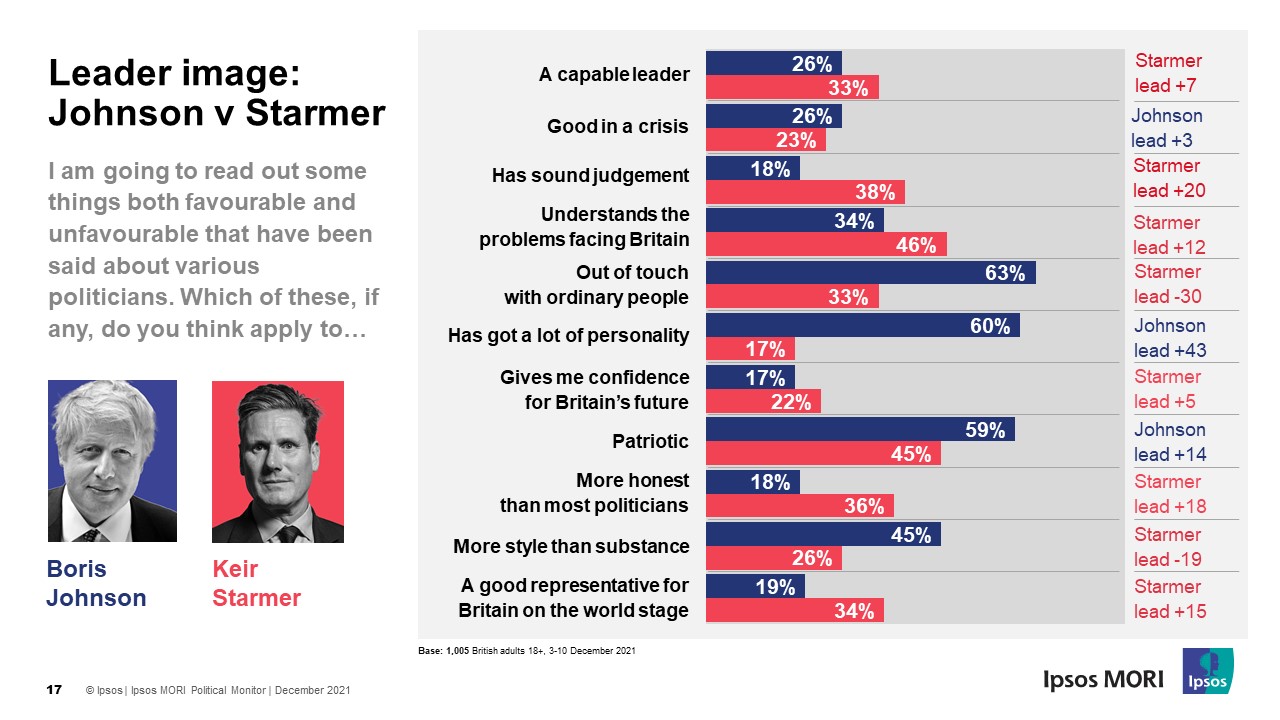 In terms of voter preferences, Labour now lead the Conservatives by 5 points. It is important to note here that fieldwork took place between Dec 3rd and 10th and so the Christmas Party story broke during the interview period.

Boris Johnson and the Conservatives are feeling the chill. Of course it is still only mid-term and things can change, but people told us they cared about the Downing St Xmas party, and the last few weeks have all added up to the Prime Minister’s personal brand taking a hit. While the Conservatives’ ratings had been on a downward trend even before this, what stands out in this poll are the drops in the Prime Minister’s personal ratings to his lowest as PM, while on detailed attributes like giving people confidence in Britain’s future his scores have halved. Keir Starmer, meanwhile, passes a landmark as the first Labour leader to lead on “most capable Prime Minister” since Gordon Brown in 2008, helped by rises in key factors like understanding Britain’s problems and being a capable leader. However there is room for further improvement, and he still faces his own problems – notably uniting his own supporters behind him, where despite everything Boris Johnson still gets more backing from his own base.

Ipsos interviewed a representative sample of 1,005 adults aged 18+ across Great Britain. Interviews were conducted by telephone: 3rd to 10th December 2021. Data are weighted to match the profile of the population. All polls are subject to a wide range of potential sources of error. On the basis of the historical record of the polls at recent general elections, there is a 9 in 10 chance that the true value of a party’s support lies within 4 points of the estimates provided by this poll, and a 2 in 3 chance that they lie within 2 points. This is especially important to keep in mind when calculating party lead figures.