Now that Liz Truss has officially been voted in as the new Leader of the Conservative Party, and therefore becomes Prime Minister this week, new research by Ipsos, taken before that announcement, shows Truss behind Keir Starmer on a range of leadership traits.

In a nationally representative poll taken August 26th to 29th, Keir Starmer leads Liz Truss by 10 points or more on: 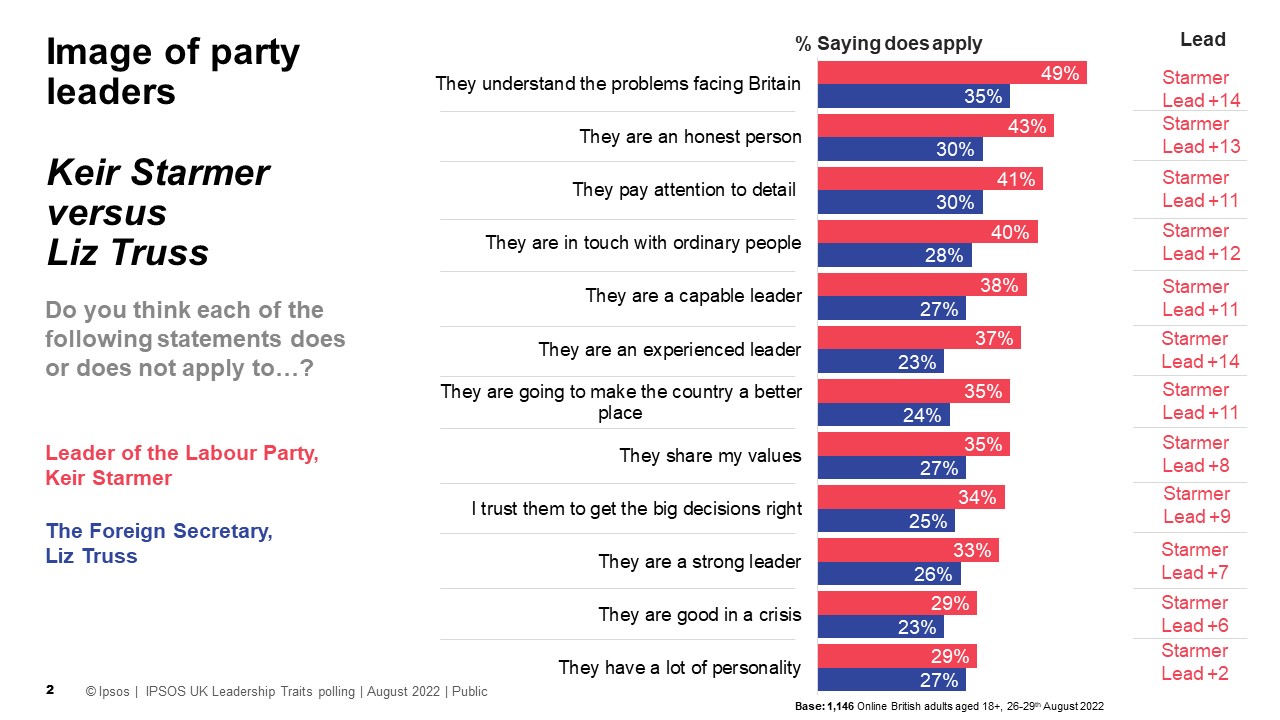 Opinion comes closest regarding having a lot of personality, with 29% saying this applies to Keir Starmer and 27% say the same for Liz Truss. There is a 6 ppt difference in regard to being good in a crisis with 29% applying this to the Labour leader and 23% applying it to the new Prime Minister.

These numbers lay bare the political challenge facing Liz Truss as she enters Downing Street. We know that the public are concerned about the direction of the country and the rising cost of living and Truss starts behind Starmer on a host of leadership attributes. However, this is before she takes office. Once in post, the new Prime Minister will have the opportunity to set the agenda and begin to turn things around. Time will tell if she takes it.

Ipsos interviewed a representative quota sample of 1,146 adults aged 18+ in Great Britain. Interviews took place on our online Omnibus on 26th to 29th August 2022. Data has been weighted to the known offline population proportions. All polls are subject to a wide range of potential sources of error.