In a new online survey by Ipsos, opinion is split on a second complete national lockdown.

Forty-four per cent support this measure being taken as a means of controlling the coronavirus pandemic, whilst 34% oppose it. 17% neither support nor oppose and 5% say they don’t know.

The British public are most likely to support the use of “local lockdowns” in regions where coronavirus cases are rising; three-quarters (76%) support this approach, including 42% who strongly support it. Only 1 in 10 (9%) oppose this measure.

Other measures that are well supported include banning all travel to other countries (69%), implementing curfews to prevent people going out at night (59%) and closing all restaurants and pubs (51%). Only a third (34%) of Britons support the closing of all schools while 39% support closing universities. 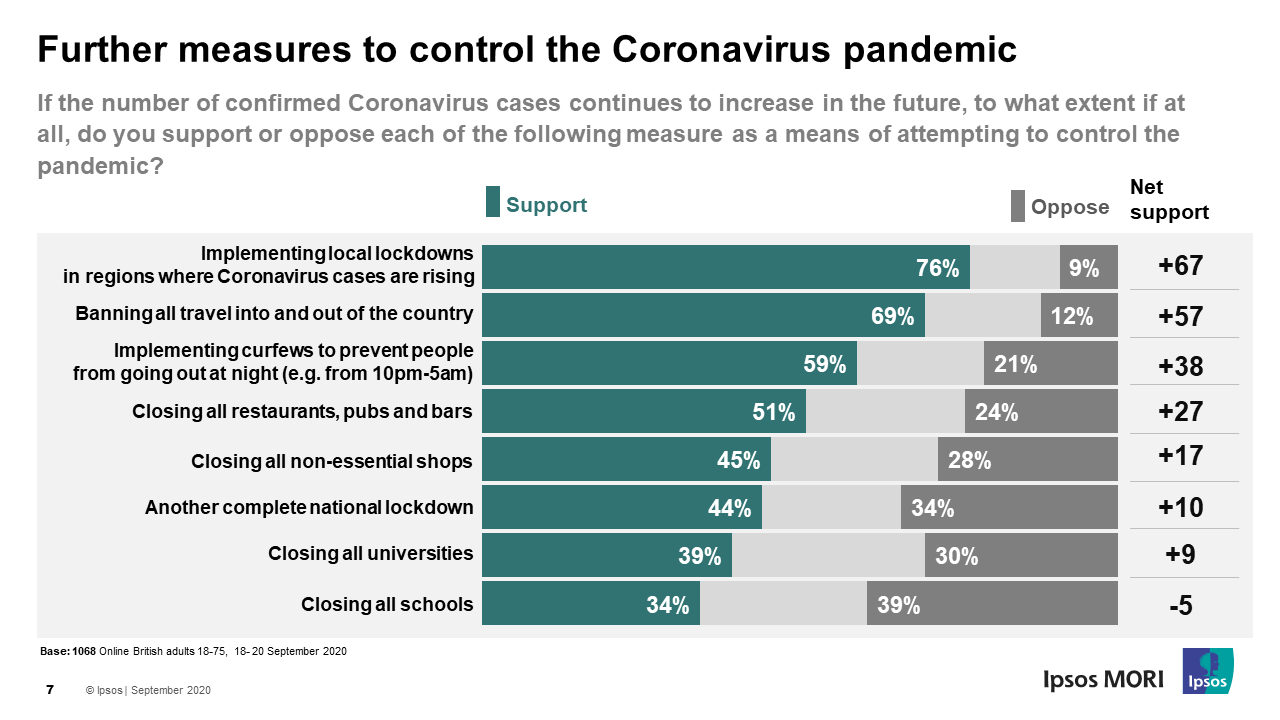 The British public continue to prioritise people’s health over the economic health of the country. However, this is softening a little. Whilst more than half (53%) said the government should prioritise the public’s health rather than the economy in May, fewer than half say this now (45%). However, there has been no increase in support for prioritising the nation’s economic health (11% now, 11% in May). Instead more people now say neither (3%, up 2 points) or don’t know (7%, up 3 points). Meanwhile, a third (33%) believe economic and public health should be treated equally (+2 points). 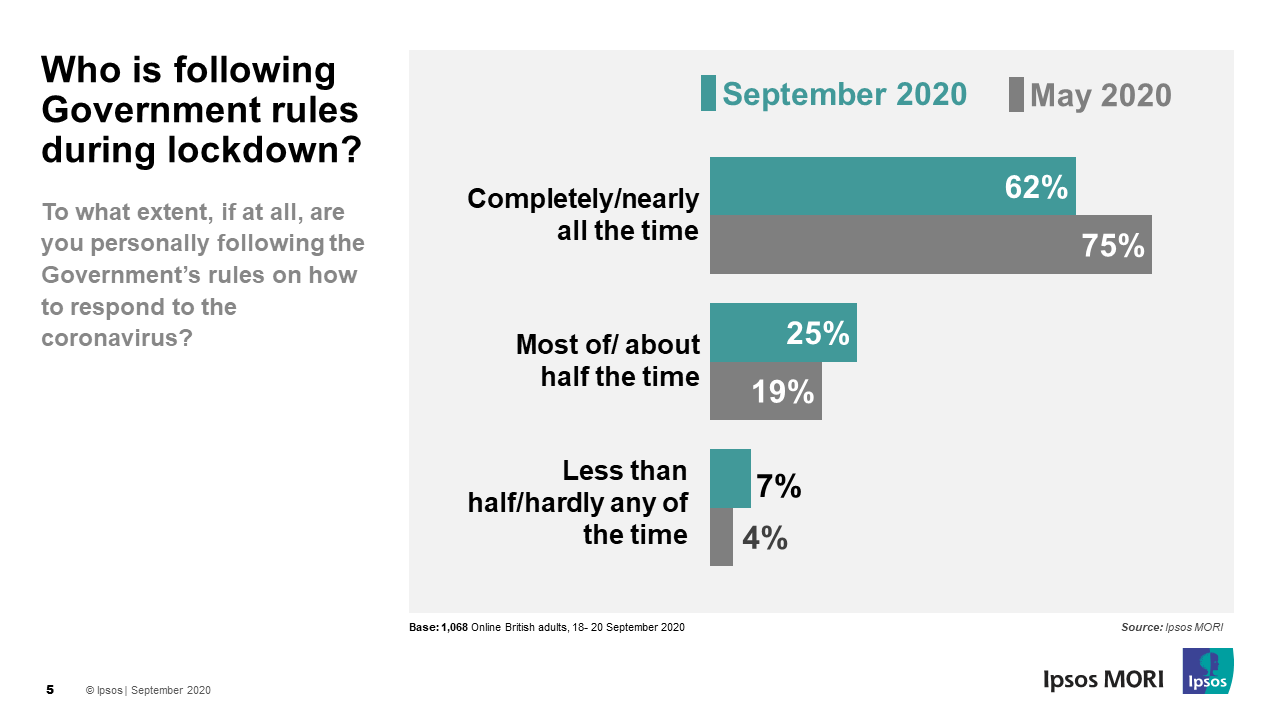 The British public continue to be in favour of quite strong measures to combat coronavirus, with clear majorities supporting ‘local lockdowns’, banning international travel and night time curfews. However, support for another complete national lockdown is less clear, with fewer than half supporting this. Meanwhile, as the government seeks to suppress a second wave of coronavirus, it may find it concerning that fewer Britons claim to be following the existing rules and more than half claim government communications about what to do in response to the virus are unclear.