Generation Y are the least optimistic about their chances of leading a better life than their parents, a new study by Ipsos published today finds. Just one third (33%) of those from Generation Y (born between 1980 and 2000) agree that their generation will have had a better life than their parent’s generation, compared to two thirds of those from the Baby Boomer generation (those born between 1946 and 1965), finds the study conducted for the Guardian. 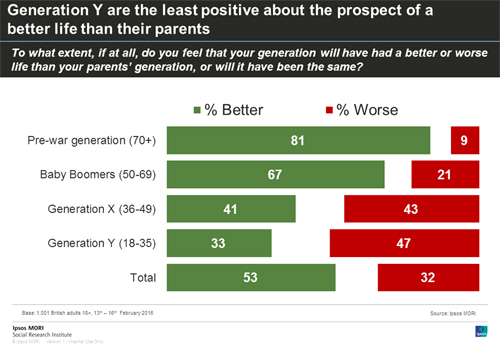 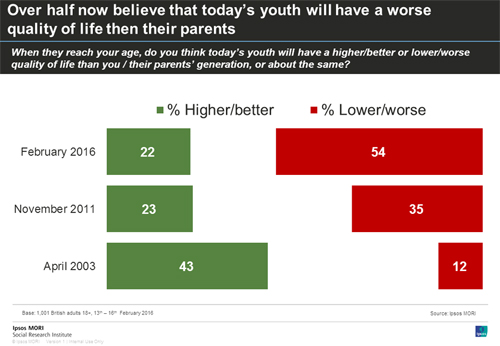 And this isn’t just a result of young people themselves thinking they will have it tough – in fact, baby boomers are the most pessimistic about young peoples’ futures: 63% think young people will have a worse quality of life than their parents. 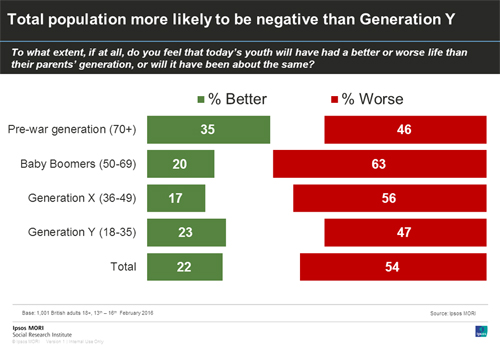 However, people continue to be more optimistic about their own future; 37 per cent of those from Generation Y feel that they personally will have a better standard of life than their parents, whilst two in ten feel it will be worse (22%). Those from the pre-war generation (born prior to 1945) are the most positive, with nine-in-ten (91%) agreeing that their personal quality of life has been higher than that of their parents. 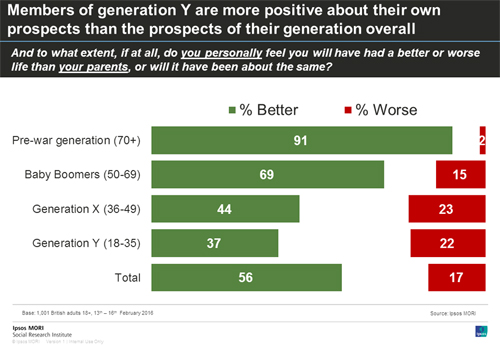 When asked to list the ways that they feel Generation Y’s life will be more difficult than those of their parents, housing and employment dominate responses. One third (36%) say that difficulties in affording their own home will make life more difficult, and a quarter are concerned about poorly paid (25%) and less secure work (24%). Overall, almost half of the public mentioned an issue related to each of employment (48%) or housing (47%). For those in Generation Y, the focus is more strongly on issues related to employment (48%) than housing (39%). 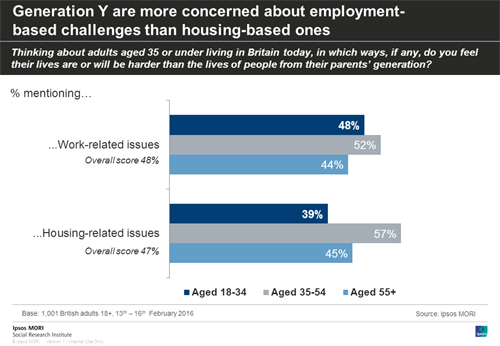 Ipsos interviewed a representative sample of 1,001 adults aged 18+ across Great Britain. Interviews were conducted by telephone between 13 and 16 February 2016. Data are weighted to match the profile of the population.