A new poll from Ipsos asked a representative sample of GB adults aged 18+ where they placed themselves and others on the left-right political spectrum and how favourable they were towards the main GB political parties and their leaders. 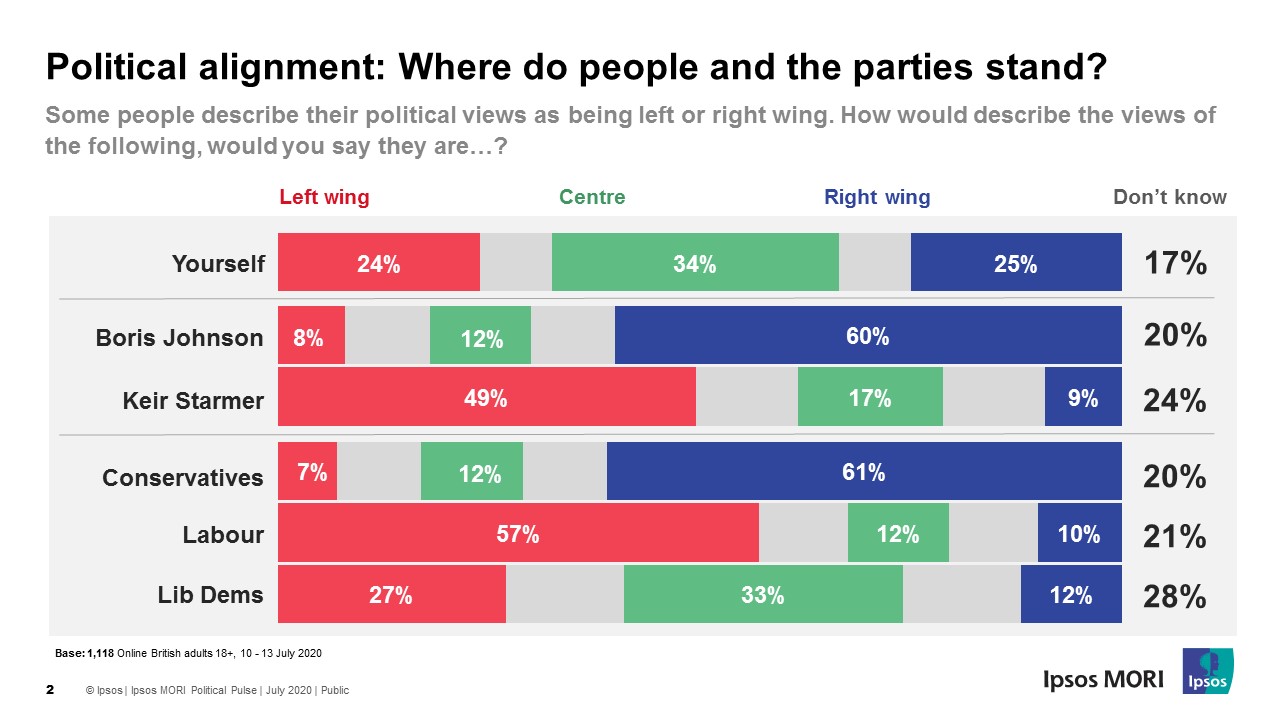 Looking at favourability towards Starmer, Johnson and their respective parties by political alignment highlights some challenges for Labour. 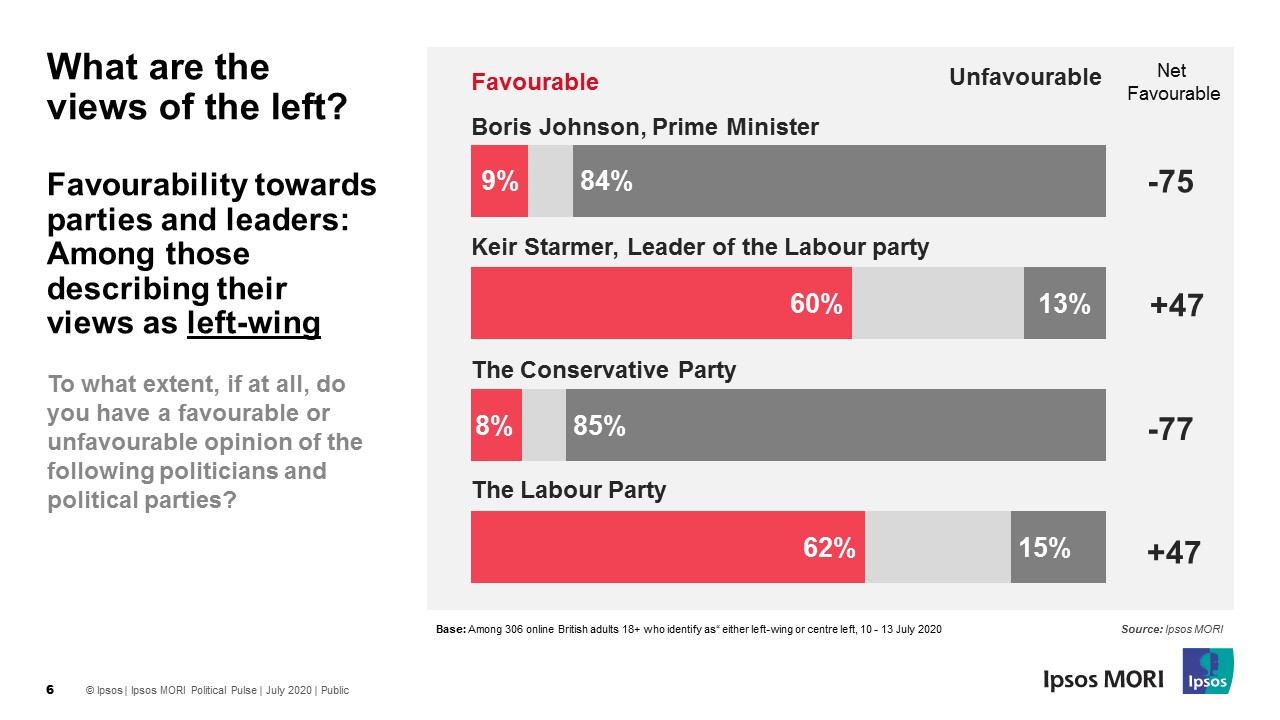 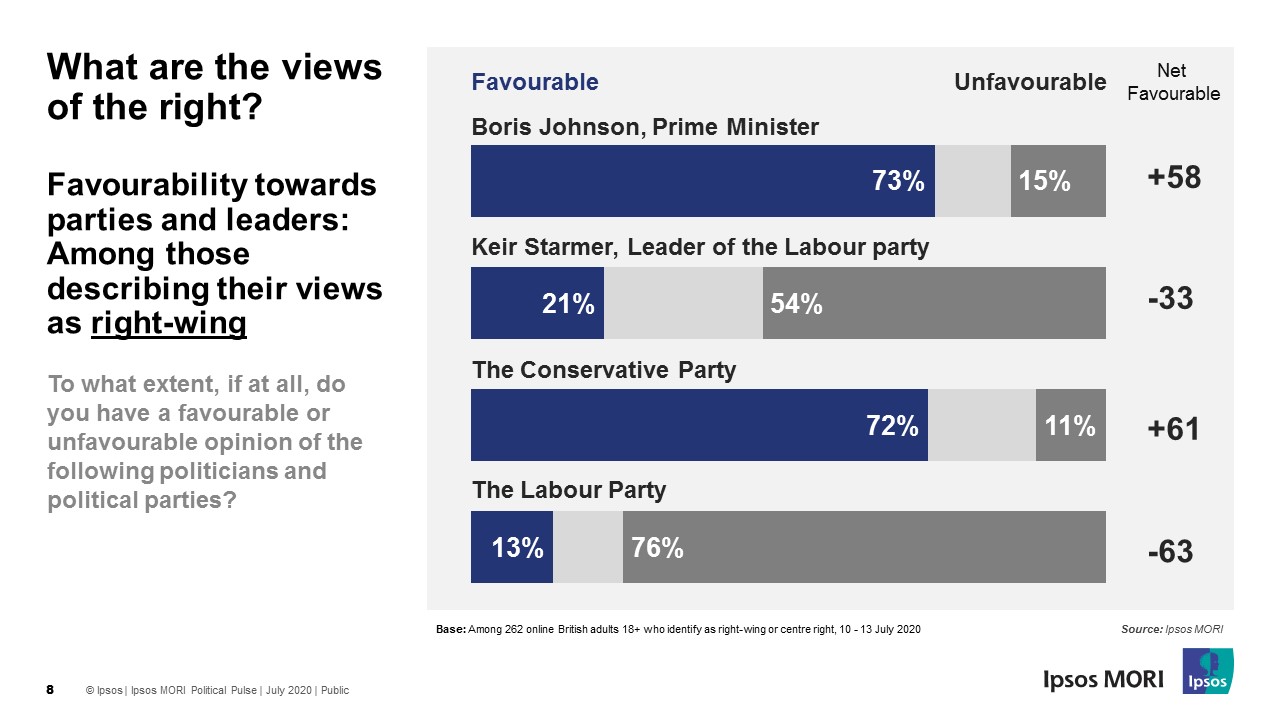 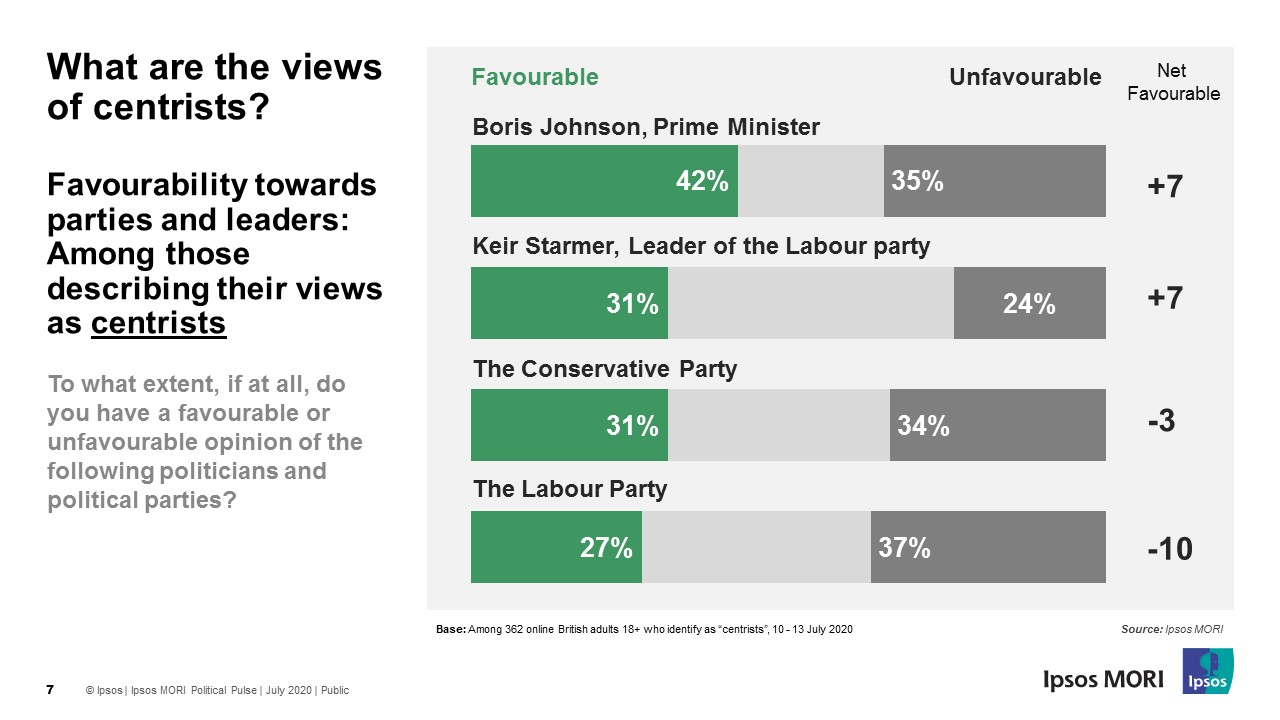 Other findings in the poll showed:

Labour will be encouraged that Keir Starmer appears to generate less hostility from the public than Johnson but will be mindful of the apparent ‘enthusiasm gap’ between the left and right – where the left are less favourable towards Labour and Starmer than the right are towards the Conservatives and Johnson. The Conservatives will welcome strong support from the right and Johnson’s healthy favourable numbers among centrists. However, Johnson and the Conservatives still polarise opinion overall, with those placing themselves on the left of the political spectrum holding staunchly unfavourable views

Ipsos interviewed a representative sample of 1,118 British adults aged 18+. Interviews were conducted online from 10th - 13th July 2020. Data are weighted to match the profile of the population. All polls are subject to a wide range of potential sources of error.