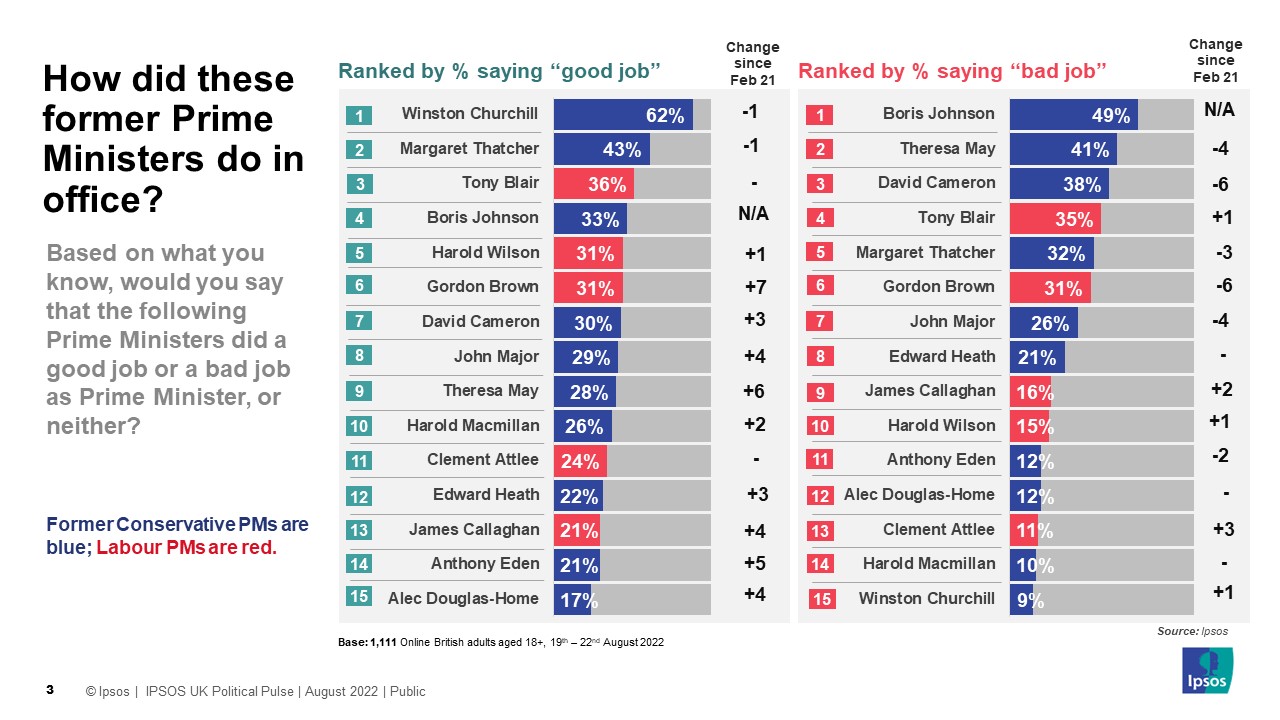 Key findings from the poll include:

When we look at 2019 Conservative voters:

Winston Churchill continues to top our list of Prime Ministers the public think did a good job in office, followed by Margaret Thatcher. Boris Johnson will be reasonably content with finishing 4th on that list but less happy about topping the list for having done a bad job. However, there is a certain degree of recency bias in who tops the bad job list, with Johnson making up a top three with Theresa May and David Cameron. Time will tell how Johnson’s legacy is judged, as we see by improved scores for Gordon Brown over time, negative perceptions today may soften in the future.

Ipsos interviewed a representative sample of 1,111 Britons aged 18+. Interviews were conducted online from 19th to 22nd August 2022 Data are weighted to match the profile of the population. All polls are subject to a wide range of potential sources of error.