The British public are wrong on key facts around Brexit and the UK’s relationship with the EU, a new study by the Policy Institute at King’s College London, in partnership with Ipsos and the UK in a Changing Europe, finds.

The study takes findings from the recent government-commissioned Migration Advisory Committee (MAC) report and tests these against public perceptions, alongside other facts:

But there are three facts the public are much more accurate on: 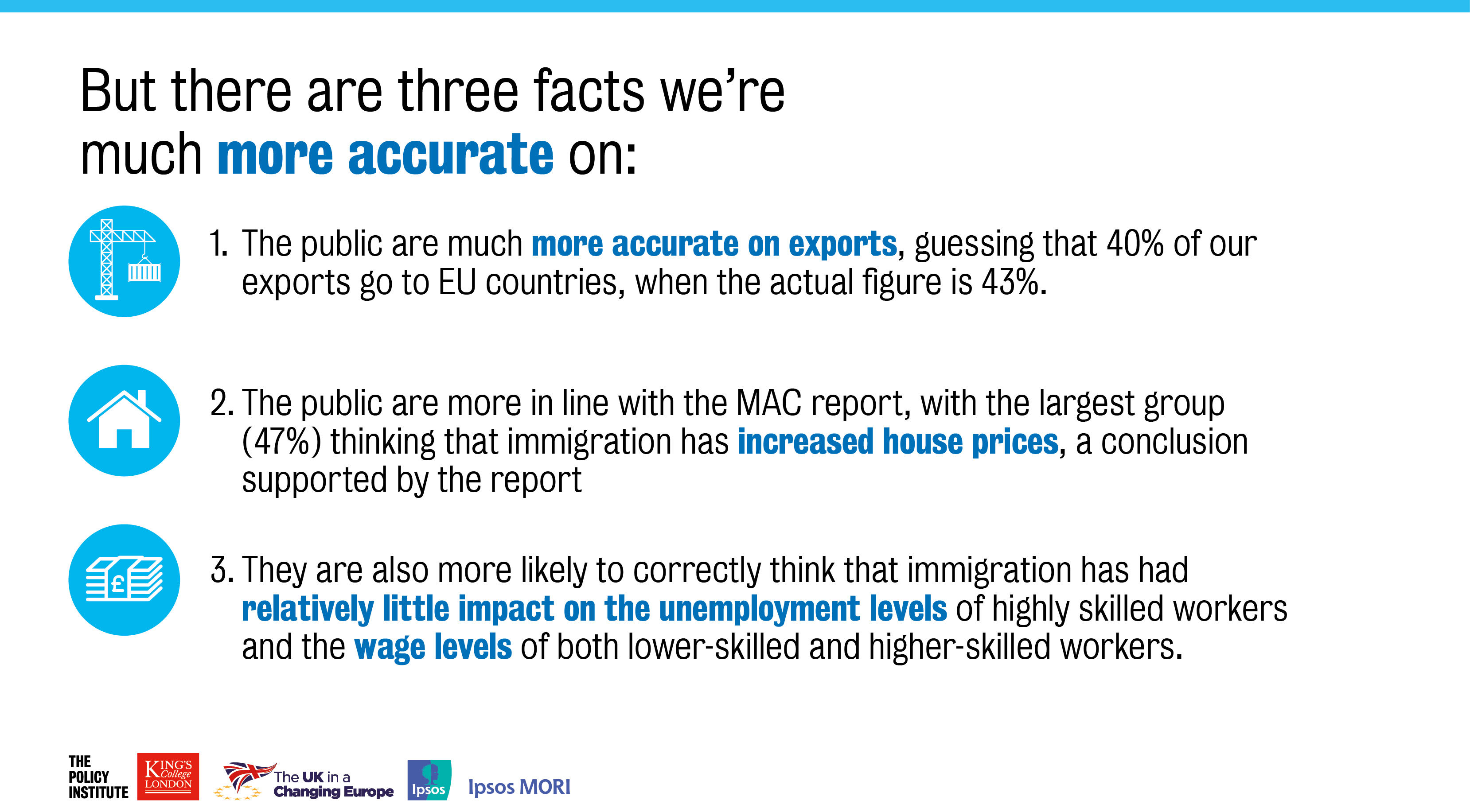 We have had over two years and seemingly endless discussion of our relationship with Europe since the EU referendum – but still the public get a huge amount wrong.
The best available evidence from a government-commissioned report is that the impact of immigration on our public finances, crime rates and health services is positive or neutral. But the perception among large proportions of the population is that the EU immigration has increased crime, taken money out of the system and decreased the quality of health services.
These misperceptions are not all about us being misled or our own ignorance of the facts – they are more emotional than that. We exaggerate what we worry about, so what we get wrong is as much a reflection of our concerns. Attempting to change people’s views of Brexit just with a more evidence-based description won’t be enough, and misses a large part of the point. The hugely varied views of these realities lay bare how differently different groups of the population see our relationship with the EU, and how ingrained and difficult it will be to find common ground.

Professor Anand Menon, Director of the UK in a Changing Europe, said:

The evidence here underlines the scale of the challenge facing those interested in improving public knowledge about, and understanding of, key policy issues. Overcoming misperceptions is a necessary and urgent task, and one that is far more challenging that many assume”