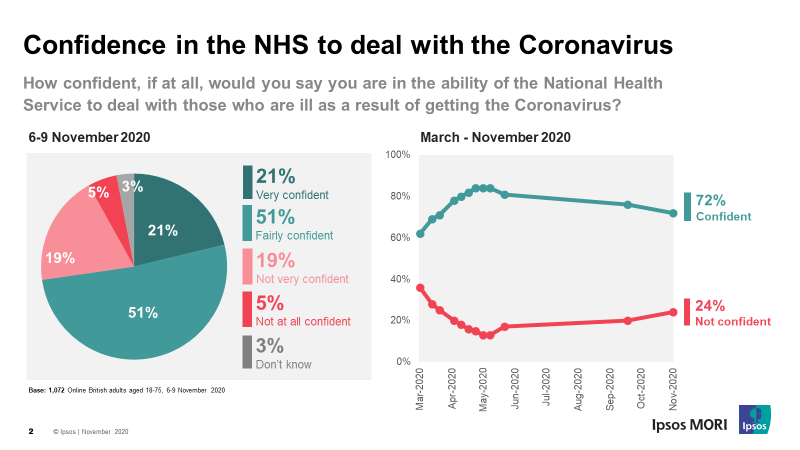 Have measures been strict enough?

Comfort of returning to “normality” 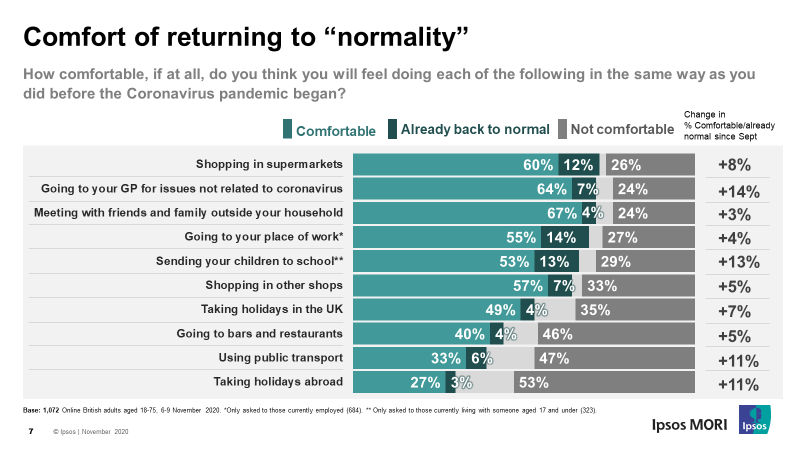 Britons continue to have overwhelming faith in the ability of the NHS to handle the Coronavirus outbreak, even if confidence is softening a little as we head deeper into winter. Whilst Britons are somewhat divided over the clarity of communication coming from government, those that think measures being taken to combat the virus are ‘too strict’ remain very much in the minority. The nation’s health remains the priority, with 3 in 4 Britons saying that either health should be prioritised over the economy or that both should be prioritised equally.