Seven in ten Americans (69%) are concerned that they, or someone they know, will be infected with the coronavirus, according to the latest ABC News/Ipsos poll. This number reflects a nine percentage point decline from last week, and a return to levels of concern seen when we first started measuring in mid-March. Furthermore, Americans are now more willing to re-engage in “normal” activities, like going to the salon or eating in a restaurant, than they were a month ago.

1. The declining levels of concern about COVID-19 are due to fewer people reporting they are very concerned.

2. More Americans are willing to go to a salon, restaurant, church, and resume other pre-COVID activities than they were last month. 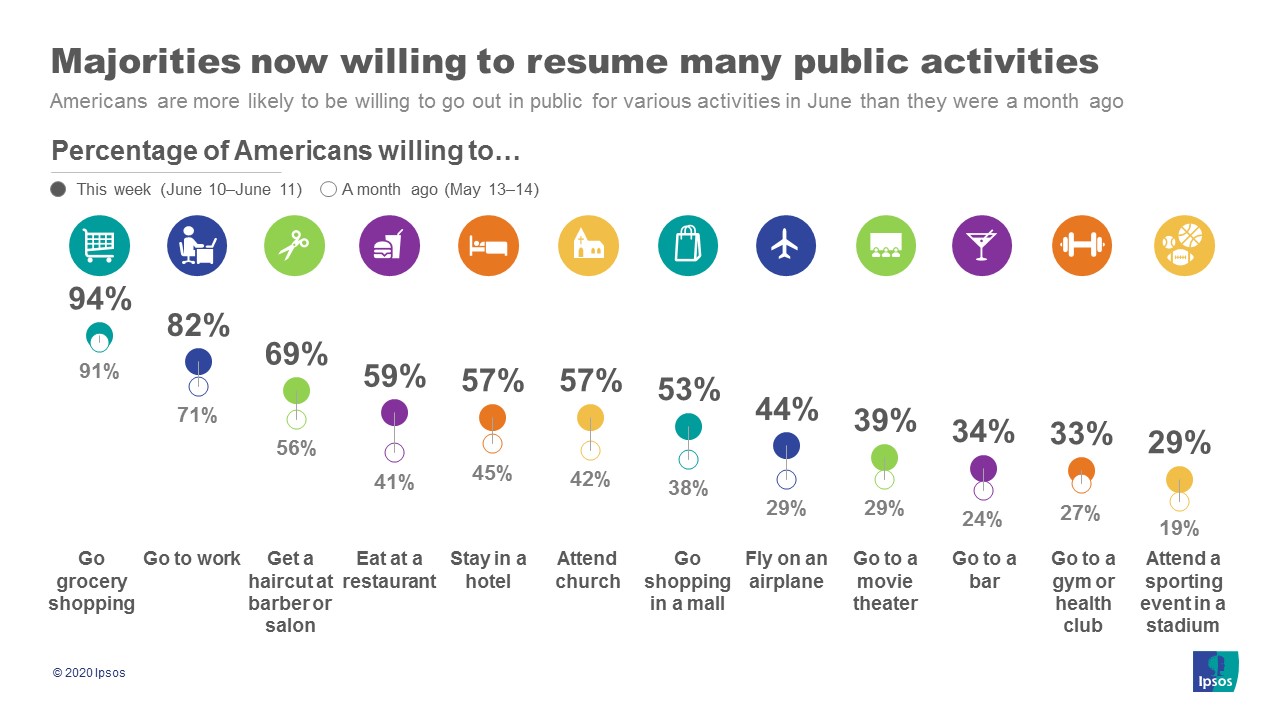 3. Most oppose the “defund the police” movement, but there are significant differences based on race, partisanship, and age. 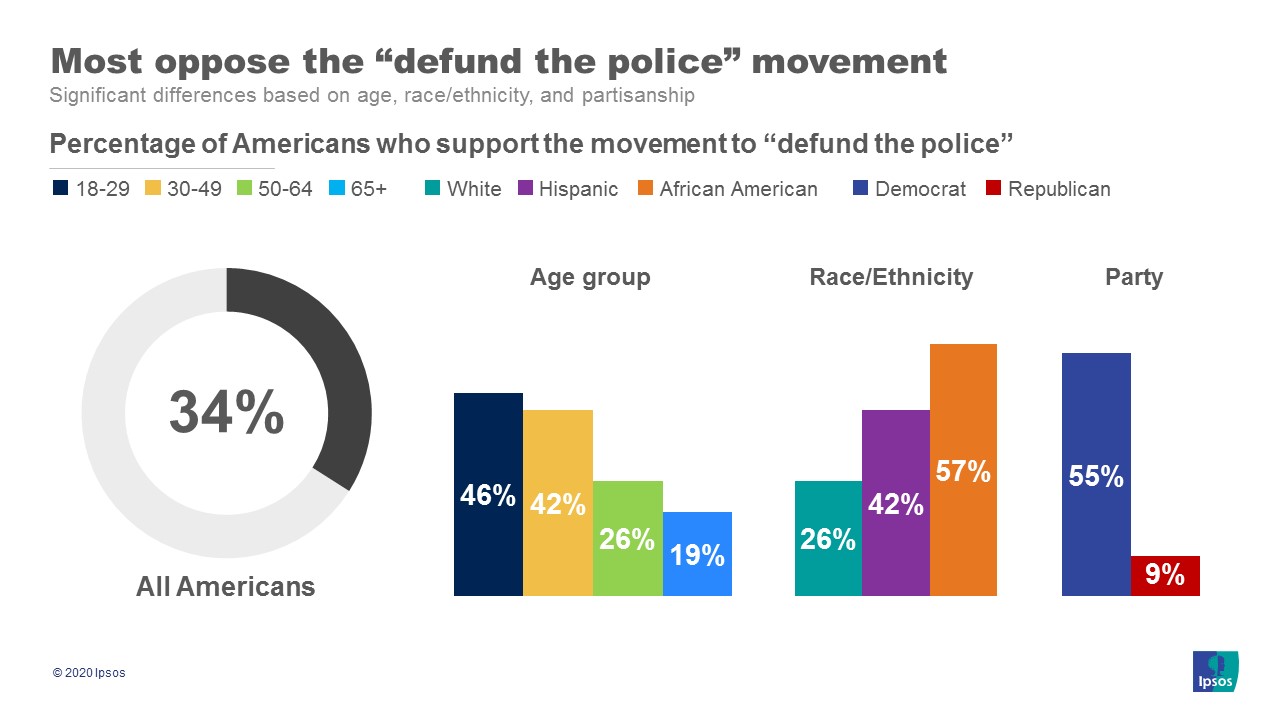 This ABC News/Ipsos Poll was conducted June 10-11, 2020 by Ipsos Public Affairs KnowledgePanel® – a division of Ipsos. This poll is based on a nationally representative probability sample of 686 general population adults age 18 or older.