A new ABC News/Ipsos poll conducted on Friday and Saturday after the 2020 Democratic National Convention (DNC) finds that half of Americans report watching at least a little of the event. While Democrats make up the larger share of convention watchers, almost half of Independents and a third of Republicans report tuning in. Among those Americans who watched any of the proceedings, a large majority approve of what the Democrats said and did. However, among Americans who did not watch any of the convention, majorities have a more negative view. 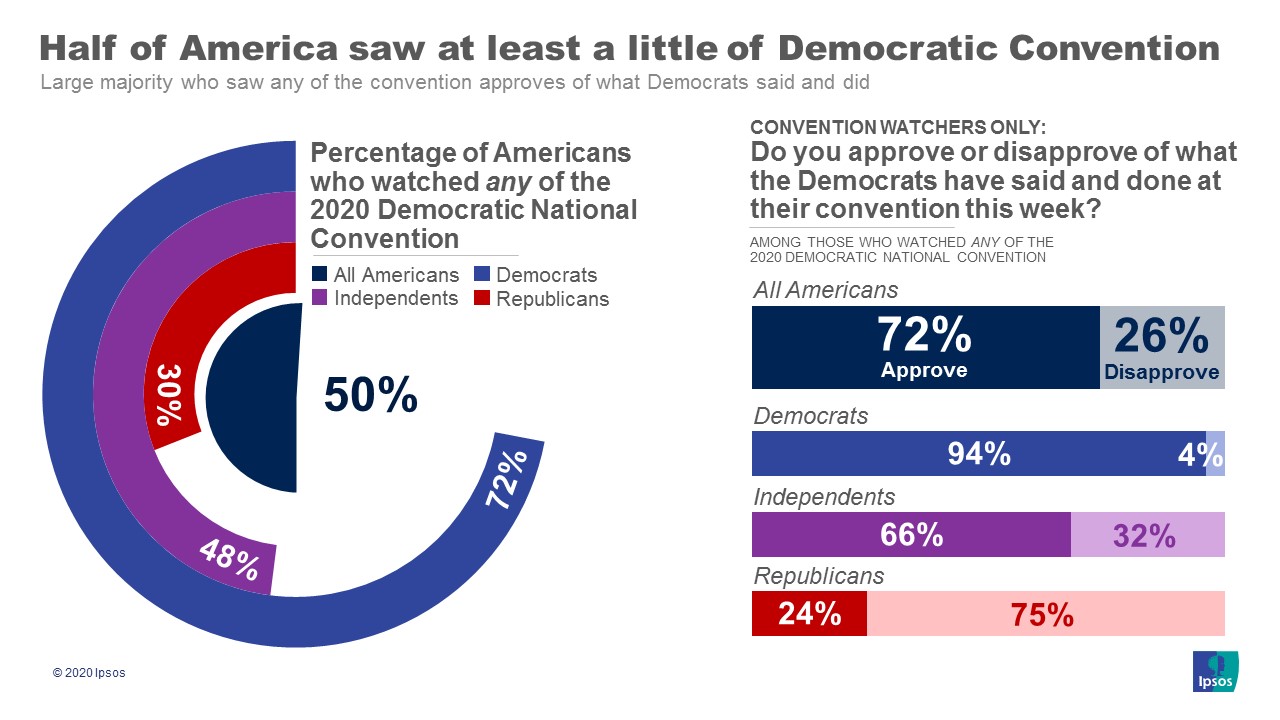 1. The findings from this survey illustrated the sharply divided nature of the 2020 election and the divergent points of view of partisans. At the national level, responses to the convention appear mixed.

2. But among the Democratic base, the convention is viewed in a highly positive light.

This ABC News/Ipsos Poll was conducted August 21 to August 22, 2020, by Ipsos using the probability-based KnowledgePanel®. This poll is based on a nationally representative probability sample of 714 general population adults age 18 or older with small oversamples among Black and Hispanic respondents.