A new ABC News-Ipsos poll, fielded August 27-28, finds that the majority of the American public does not believe the withdrawal from Afghanistan will have a significant impact on American security from terrorism. This comes as just under a quarter of Americans describe themselves as ‘very worried’ about the possibility of a major terrorist attack in the United States. Despite this, large majorities of Americans believe U.S. troops should stay in Afghanistan until all Americans, and all Afghans who aided the U.S. are evacuated.

Americans’ views of President Biden’s handling of Afghanistan have turned sharply negative since before the fall of Kabul in late July. However, evaluations of Biden’s performance on crime and gun violence have improved slightly over the last month, potentially as media and public focus has been pulled abroad. On other topics such as immigration (majority disapprove) or the pandemic and economic recovery (majority approve), public sentiment has not meaningfully changed. 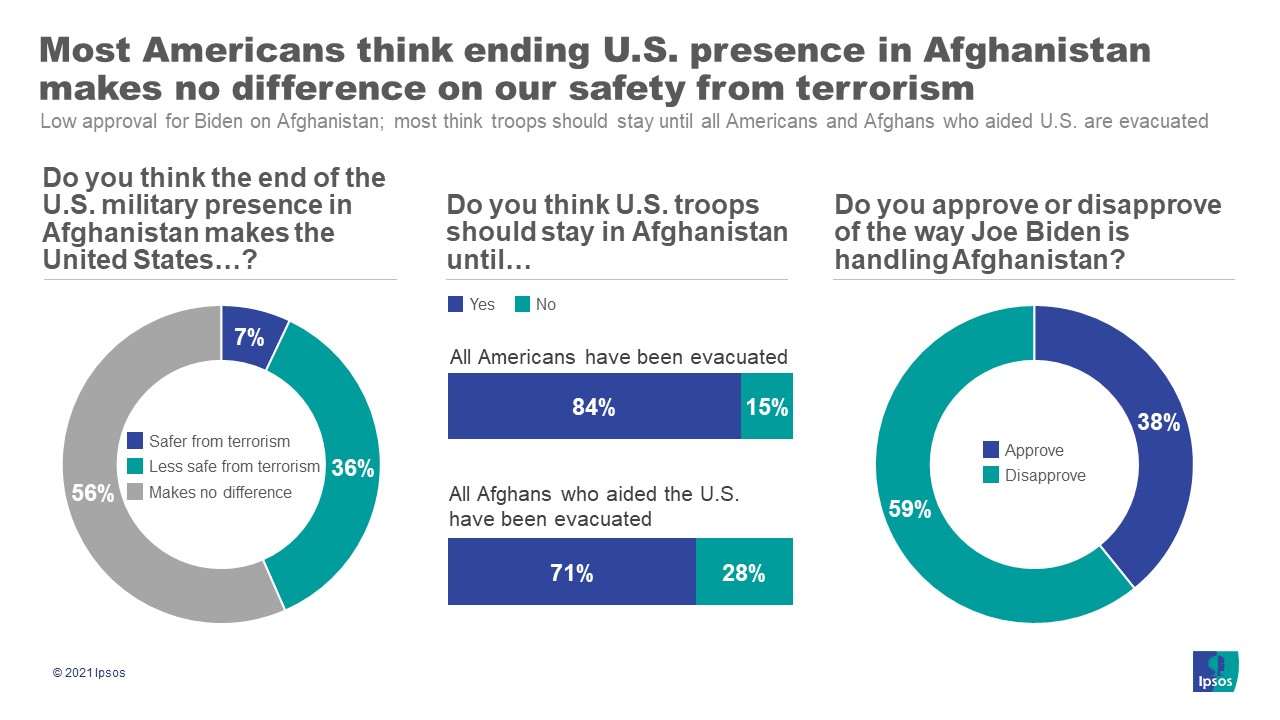 This ABC News/Ipsos poll was conducted August 27 to August 28, 2021 by Ipsos using the probability-based KnowledgePanel®. This poll is based on a nationally representative probability sample of 513 general population adults age 18 or older.