A new ABC News/Ipsos poll finds Americans are optimistic about the direction of the country over the next twelve months, even as most say the country has not become more unified in the first months of the Biden presidency. As testament to that continued division, Americans are almost evenly split on continued government economic stimulus versus increased taxes with a bare majority (52%) preferring the continued spending. However, when asked about if President Joe Biden and Congressional Republicans have done enough to work across the aisle, half (51%) say Biden has compromised with Republicans about the right amount versus a large majority (67%) who say Republicans have done too little to compromise with the President.

1. Americans are optimistic about the next twelve months.

2. Americans are divided on government spending versus tax increases. 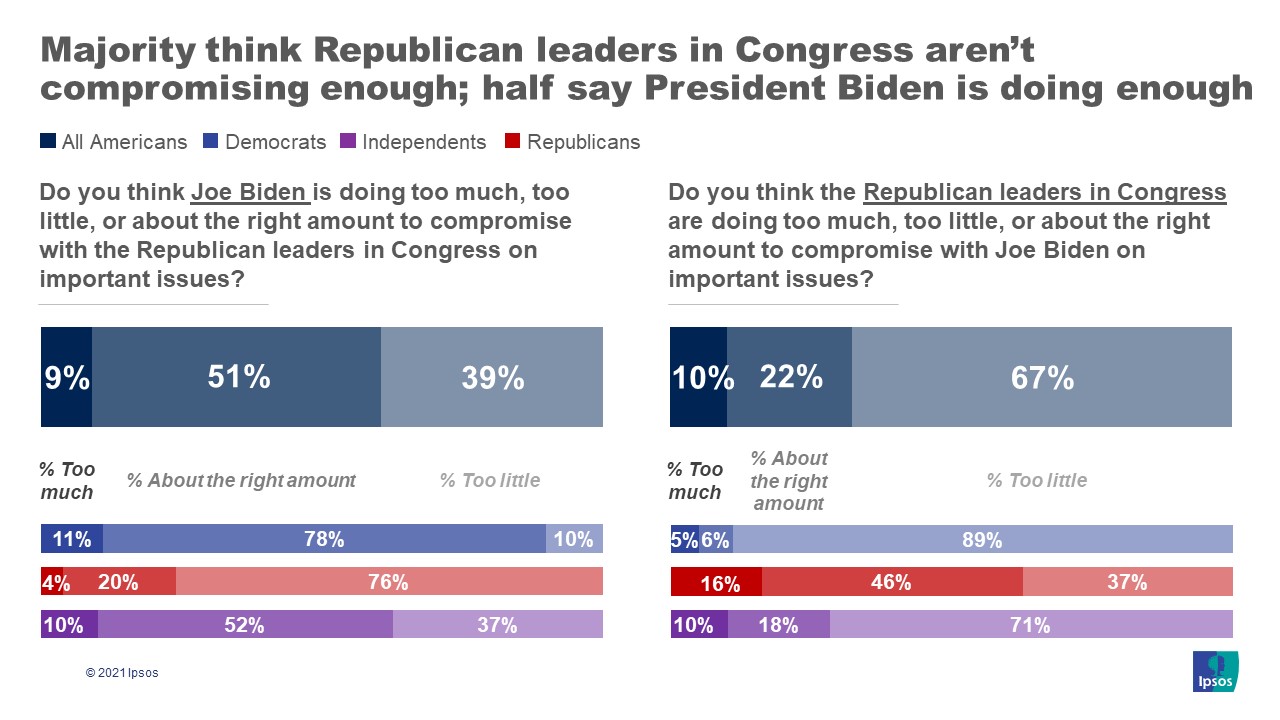 This ABC News/Ipsos poll was conducted April 30 to May 1, 2021 by Ipsos using the probability-based KnowledgePanel®. This poll is based on a nationally representative probability sample of 513 general population adults age 18 or older.