Washington, DC, January 10, 2021 - Over half of Americans believe Donald Trump should be removed from office before his term ends as two-thirds give him a good amount of the blame for the rioting that occurred in Washington, D.C. this week. This comes as less than a third of Americans trust Trump to protect democracy in the United States. However, America remains divided as only half of the country trusts Joe Biden to protect democracy in the U.S.

The majority of the American public (56%) says that Donald Trump should be removed from office before his term ends. 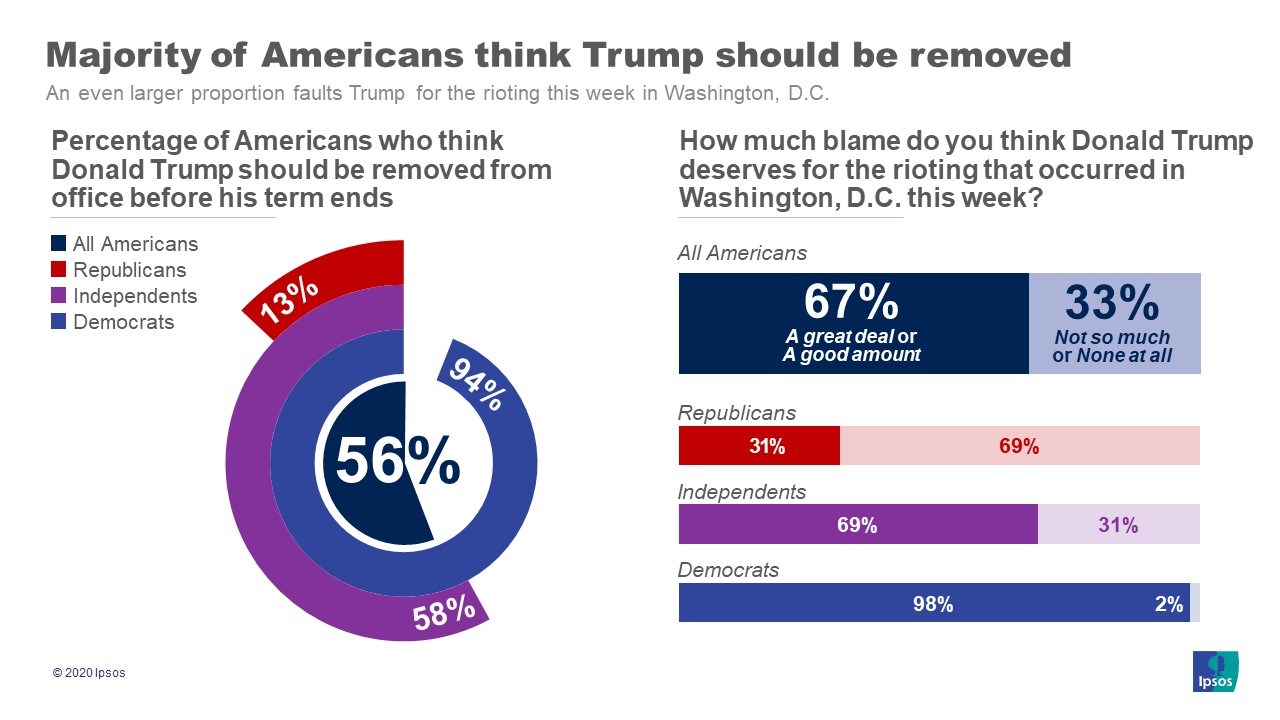 This ABC News/Ipsos poll was conducted January 8 to January 9, 2021 by Ipsos using the probability-based KnowledgePanel®. This poll is based on a nationally representative probability sample of 570 general population adults age 18 or older.