The Axios-Ipsos Hard Truths Environmental Racism poll finds that while all Americans are experiencing much the same climate-related challenges, minority Americans are much more likely to experience poor environmental conditions.  Along similar lines, Americans across the board report similar experiences with severe weather, but Black and Hispanic Americans are more likely to experience prolonged power outages or water safety issues. This comes as a majority of Americans believe climate change is happening and support efforts to fight it, even though they are pessimistic about our ability to counter the worst impacts.

1. Approximately two-thirds of Americans report environmental conditions where they live are good. However, reported conditions vary widely by race and ethnicity, and urbanicity with minority Americans much less likely to report good conditions. 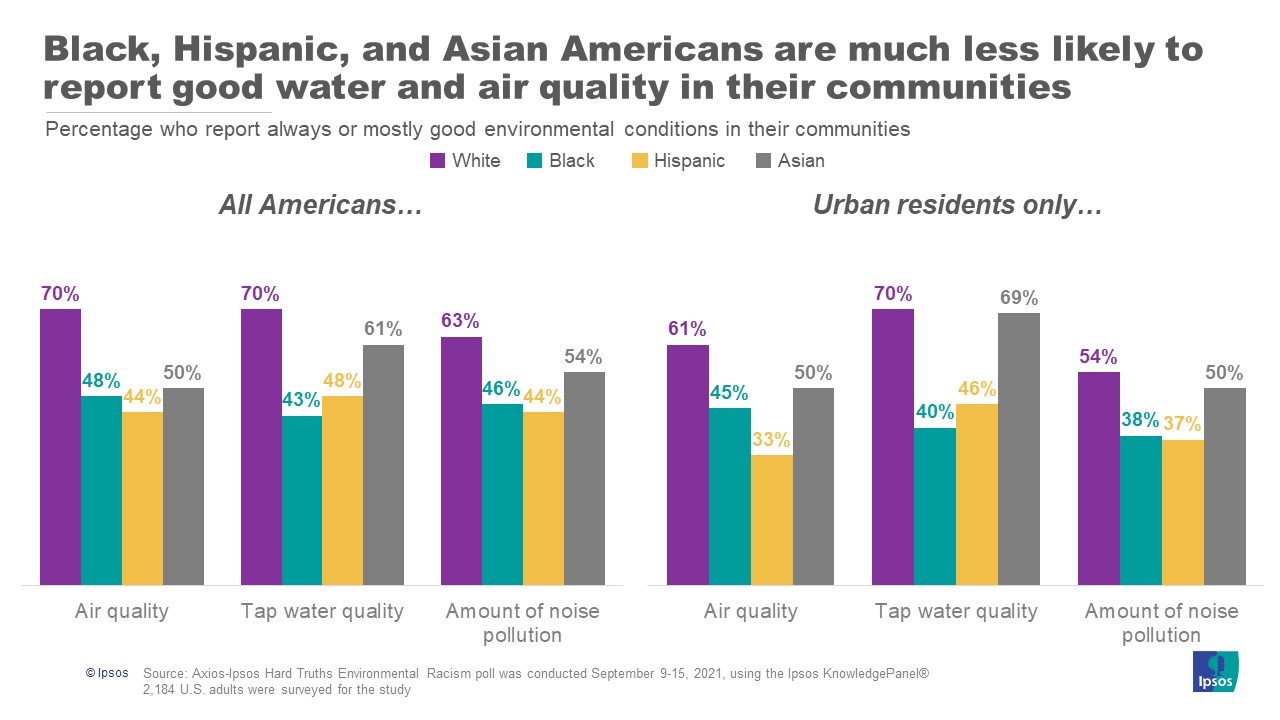 2. A third of Americans report experiencing some sort of weather-related (climate change related) damage or disruption at their home in the last year.

3. Most Americans do not readily recognize environmental racism.

4. Americans are broadly supportive of efforts to deal with climate change but are much less likely to support measures where they have to foot the bill.

5. While support for efforts to halt climate change exists in principle, Americans are very pessimistic about our ability to do anything.

This Axios/Ipsos Hard Truths Environmental poll was conducted September 9th to September 15th, 2021 by Ipsos using our KnowledgePanel®. This poll is based on a nationally representative probability sample of 2,184 general population adults age 18 or older.