Washington, DC, June 21, 2021 — A new Ipsos poll shows that seven in ten Americans plan to celebrate Father’s Day this year, with older Americans less likely to be celebrating. The poll also finds that three in ten Americans saw their father, father-like figure, parents, or grandparents less often over the past year, during the COVID-19 pandemic.

2. Twenty-nine percent say they have seen their father, father-like figure, parents, or grandparents less often during the COVID-19 pandemic over the past year. 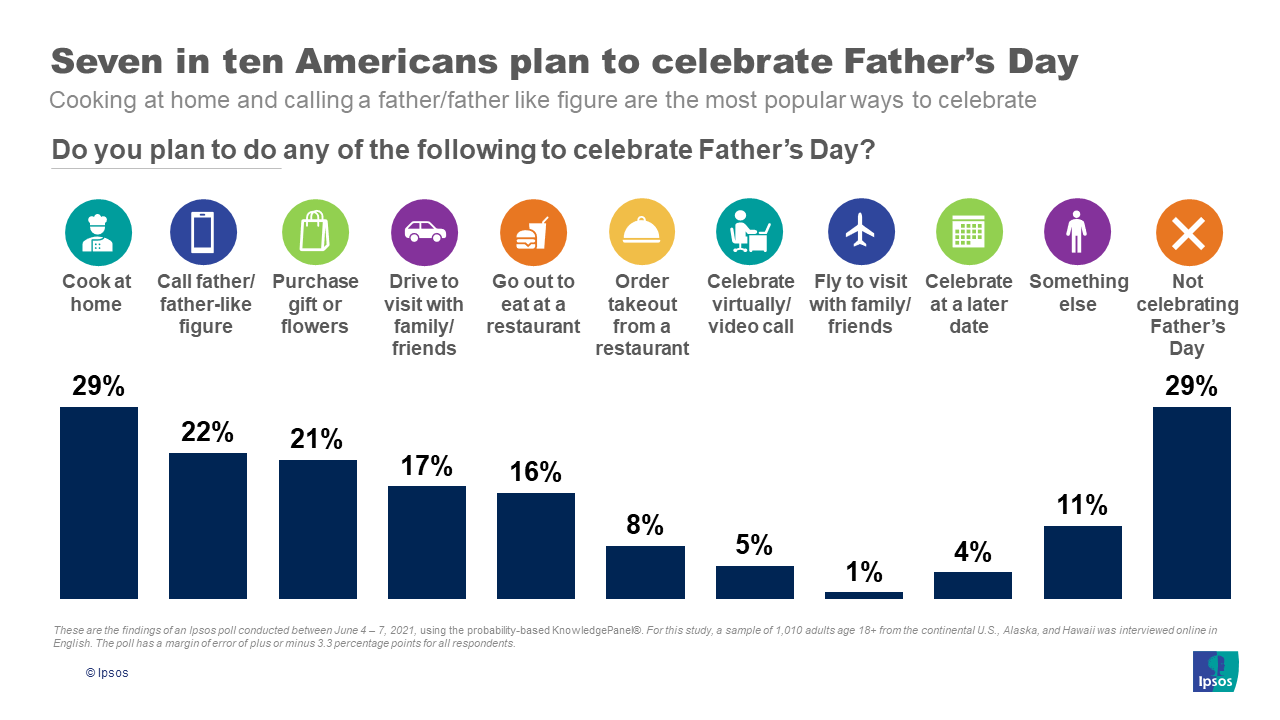