With abortion no longer a constitutional right after the overturn of Roe v. Wade, a new Ipsos poll, provided exclusively to USA Today, finds that seven in ten Americans, regardless of party affiliation, would support their state using a ballot measure to decide abortion rights at the state level. In such a hypothetical state-level ballot measure, most Americans say they would vote in favor of abortion legality; although, partisan divides in support of abortion legality exist. 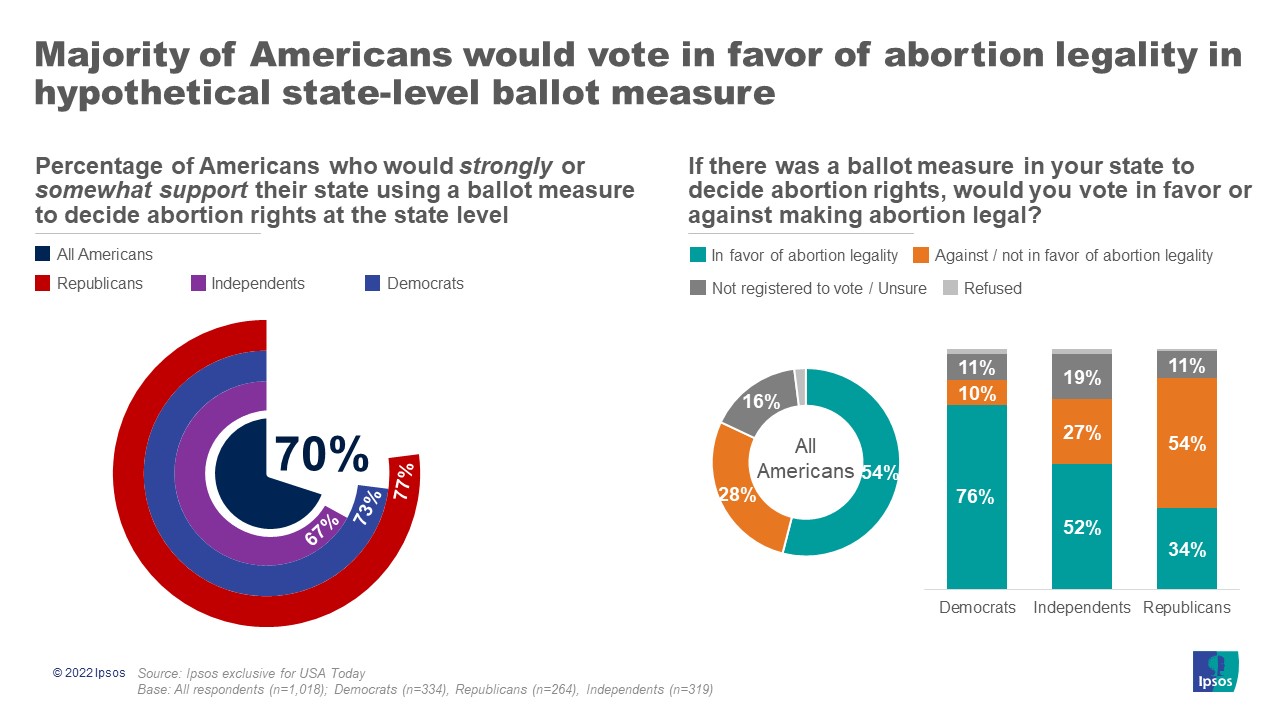 The poll also finds that:

1. In the wake of the early August 2022 ballot measure in Kansas that would have repealed the state’s constitutional protection for abortion, fewer than half of Americans (40%) are very or somewhat familiar with this initiative.

2. Despite a relative lack of familiarity with the recent case study in Kansas, seven in ten Americans say they would support their state using such a ballot measure to determine state-level abortion rights. In that hypothetical vote, over half of Americans (54%) say they would vote in favor of abortion legality.

This Ipsos poll, provided exclusively to USA Today, was conducted August 5-8, 2022, using the probability-based KnowledgePanel®. This poll is based on a nationally representative probability sample of 1,018 adults age 18 or older. The sample includes 334 Democrats, 264 Republicans, and 319 independents.

The data for the total sample were weighted to adjust for gender by age, race/ethnicity, education, Census region, metropolitan status, household income, and 2020 presidential vote. The demographic benchmarks came from the 2021 March Supplement of the Current Population Survey (CPS). The 2020 vote benchmark comes from the Federal Election Commission's Official 2020 Presidential General Election Results.