New research among American parents of school-aged children from the Washington Post/Schar School, conducted by Ipsos, finds that American parents remain highly concerned about ‘back to school’ this year and oppose efforts to have full re-openings. This stems from 63% of these parents believing it will not be safe for children to be back in school until 2021. However, despite concerns about the negative impact continued distance learning will have on their children’s development, most parents appreciate the jobs their local schools are doing.

1. Parents are very worried about the risk the pandemic poses to their children and families. 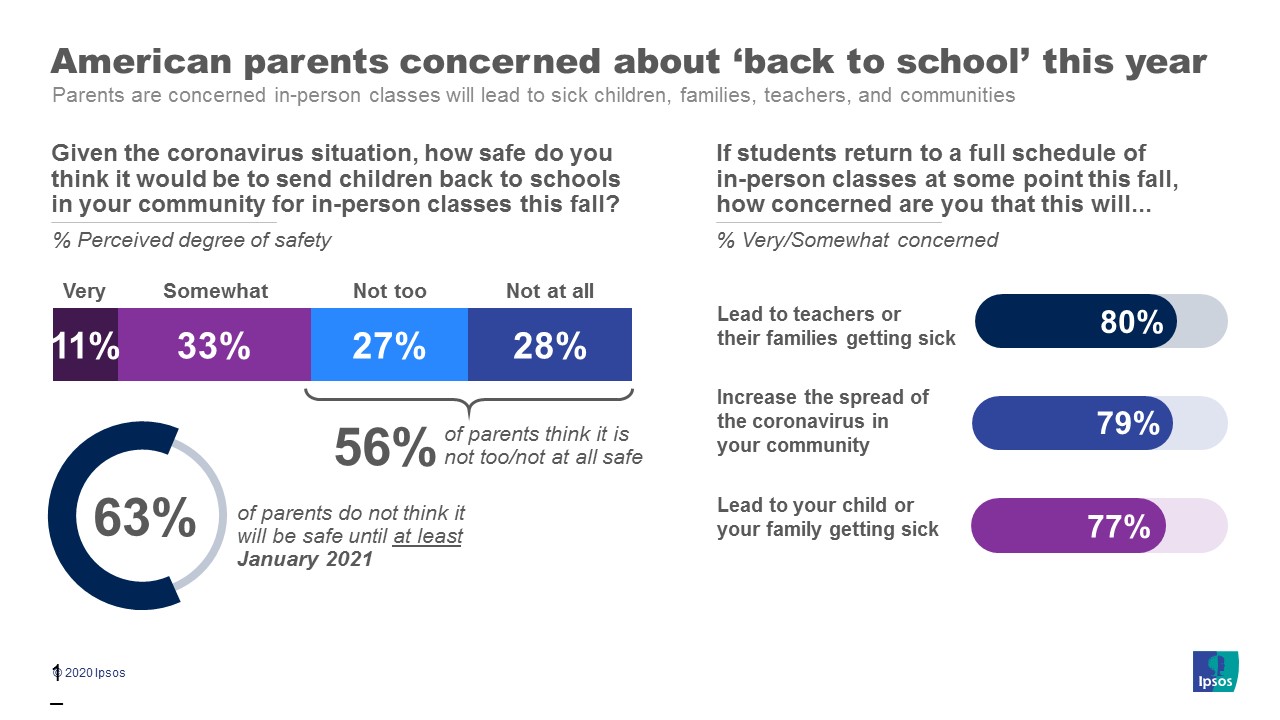 2. Most support a mix of online and in-person learning but fear it will damage their kids’ education. Additionally, many parents are concerned with the ability to juggle work and childcare.

3. Parents are generally supportive and appreciative of local schools and are not in favor of mandates for reopening from Washington.

This poll was jointly sponsored and funded by The Washington Post and Ipsos. The poll was conducted July 24-31, 2020 and includes a random sample of 1,185 parents of children entering kindergarten through 12th grade this fall, as well as a separate a random sample of 1,018 adults in the United States. Interviews were conducted in English and Spanish.

The questionnaire was administered with the exact questions in the exact order as they appear in this document. Demographic questions are not shown. If a question was asked of a reduced base of the sample, a parenthetical preceding the question identifies the group asked. Phrases surrounded by parentheticals within questions indicate clauses that were randomly rotated for respondents.