Washington, DC, September 22, 2020 –Amidst perceptions that crime in the U.S. is on the rise, a majority of Americans believe our cities are under siege and more police should be deployed to get things under control, according to a new USA Today/Ipsos poll. However, views on crime and protests vary significantly by party affiliation.

Crime and unrest is a top concern for Americans, with many saying it has gotten worse in their communities and in the country as a whole.

With cities under siege, Americans support deploying police and arming themselves against protesters and counter-protesters. However, there are significant gaps among partisans on this issue. 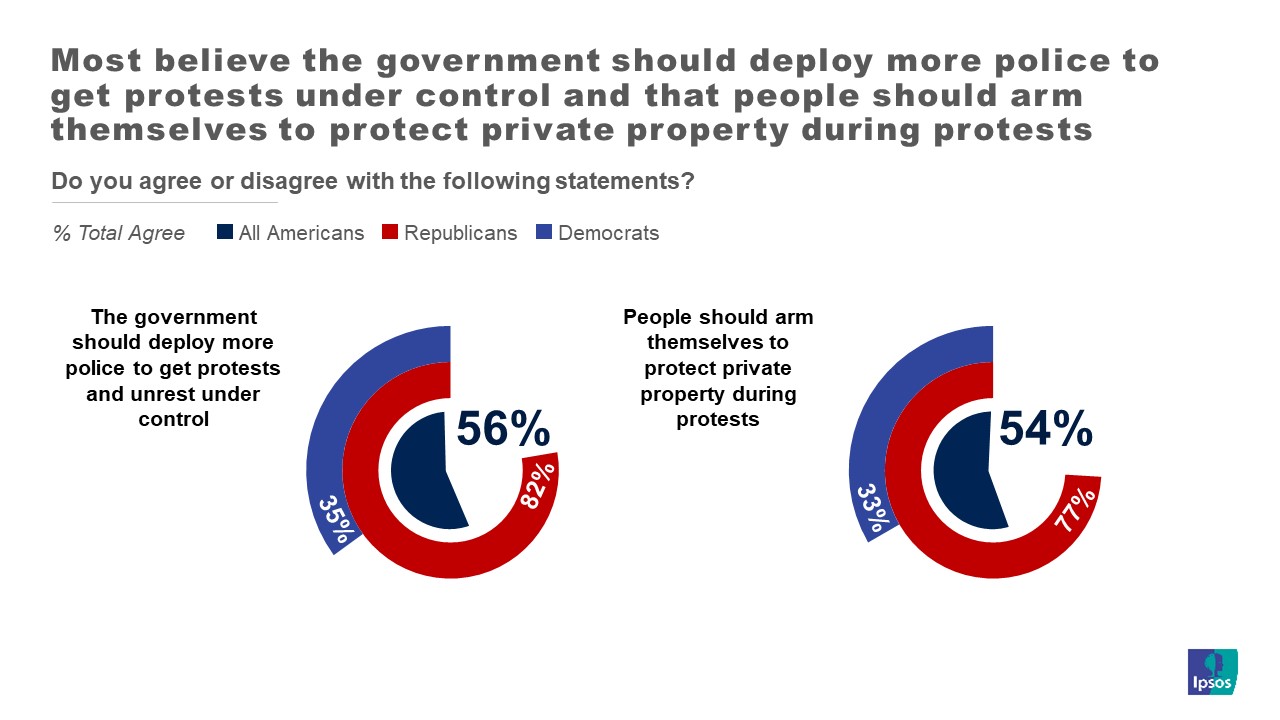 Coronavirus remains a concern as people continue to protest.

A variety of outside actors – from both sides of the aisle – are seen as making protests more dangerous.

These are some of the findings of an Ipsos poll conducted between September 17-18, 2020, on behalf of USA Today. For this survey, a sample of 1,108 adults age 18+ from the continental U.S., Alaska, and Hawaii was interviewed online in English. The sample includes 798 white Americans, 115 Black Americans, 435 Republicans, and 497 Democrats.

Statistical margins of error are not applicable to online non-probability polls. All sample surveys and polls may be subject to other sources of error, including, but not limited to coverage error and measurement error. Where figures do not sum to 100, this is due to the effects of rounding. The precision of Ipsos online polls is measured using a credibility interval. In this case, the poll has a credibility interval of plus or minus 3.4 percentage points for all respondents. Ipsos calculates a design effect (DEFF) for each study based on the variation of the weights, following the formula of Kish (1965). This study had a credibility interval adjusted for design effect of the following (n=1,108, DEFF=1.5, adjusted Confidence Interval=+/4.9 percentage points).