Washington, DC, April 28, 2020 — In the latest installment of What Worries the World, 69% of adults surveyed in the United States cite coronavirus/Covid-19 among the three topics they find most worrying in their country. This compares to an average of 61% across the 28 countries where the Ipsos survey was conducted. The next two concerns, both in the U.S. and globally, are healthcare (cited by 40% in the U.S. and 28% globally) and unemployment (cited by 24% in the U.S. and 35% globally). 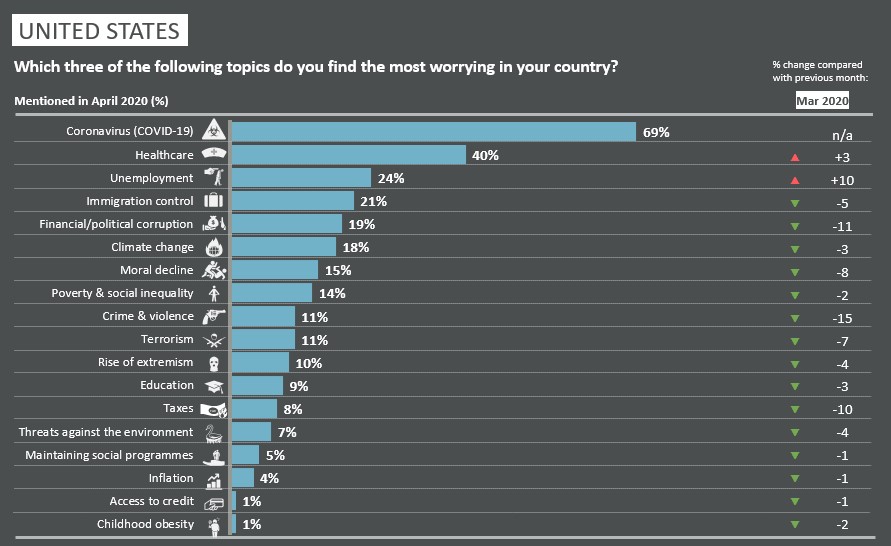 In the April 2020 survey, coronavirus/Covid-19 ranks as the top concern in 24 of the 28 countries surveyed. In the 10-year history of What Worries the World, no issue was ever cited as a major concern by such a large segment of the U.S. or global public.

Other issues that worry Americans and people across the world have taken a back seat: 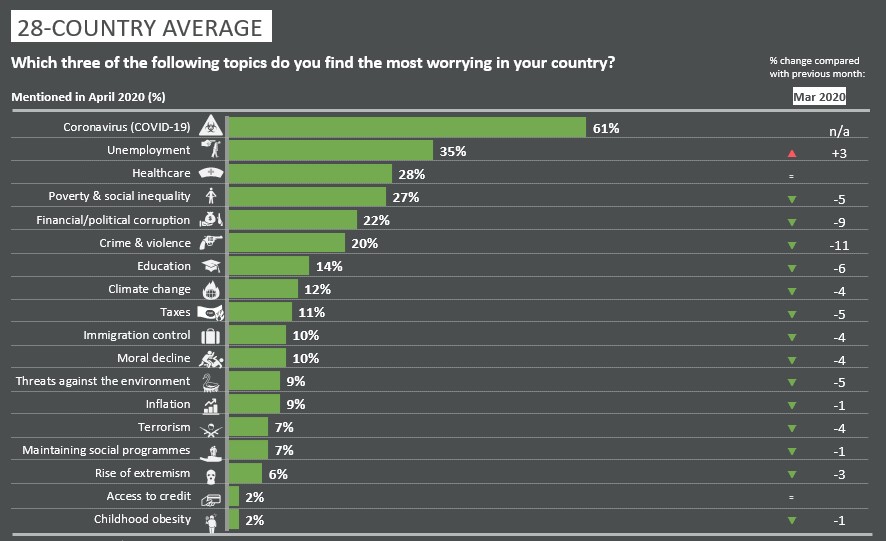 The study shows great variations in levels of optimism across the globe: 41% in the U.S. and 46% on average across all 28 countries surveyed say things in their country are heading in the right direction. 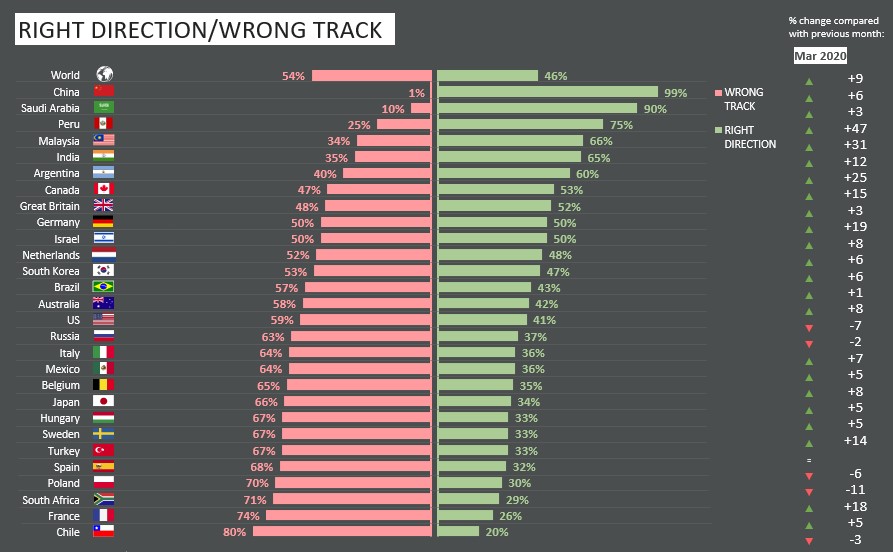 19,505 interviews were conducted between March 20 and April 3, 2020 among adults aged 18-74 in the United States, Canada, Israel, South Africa and Turkey and 16-74 in all other countries. Data are weighted to match the profile of the population.

In 17 of the 28 countries surveyed internet penetration is sufficiently high to think of the samples as representative of the wider population within the age ranges covered: Argentina, Australia, Belgium, Canada, France, Germany, Hungary, Israel, Italy, Japan, the Netherlands, Poland, South Korea, Spain, Sweden, Great Britain and United States. The remaining 11 countries surveyed: Brazil, Chile, China, India, Malaysia, Mexico, Russia, Peru, Saudi Arabia, South Africa and Turkey have lower levels of internet penetration and so these samples should instead be considered to represent a more affluent, connected population.  These are still a vital social group to understand in these countries, representing an important and emerging middle class.