Washington, DC,  October 7, 2020 –   The latest survey from Reuters/Ipsos shows Democratic presidential nominee and former Vice President Joe Biden gaining ground against President Donald Trump in the race for the presidency among likely voters. President Trump’s approval rating remains steady but low. About six in ten Americans are concerned that the country is heading in the wrong direction. The economy, jobs, healthcare, and coronavirus continue to be top of mind issues for many Americans when asked about the most important problems facing the nation. 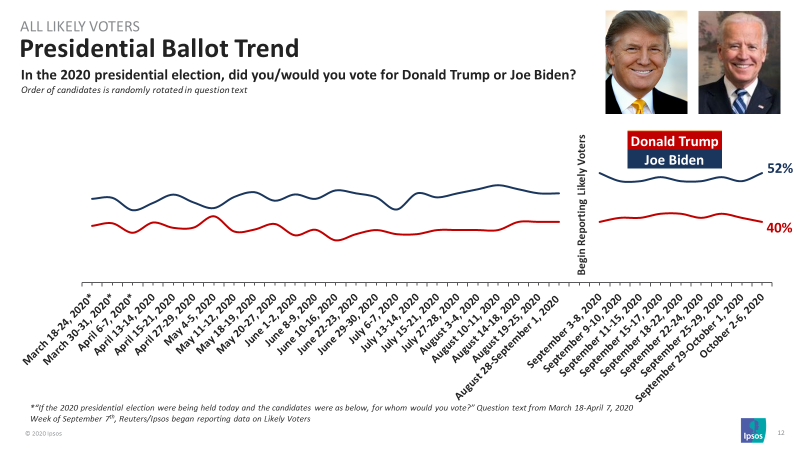 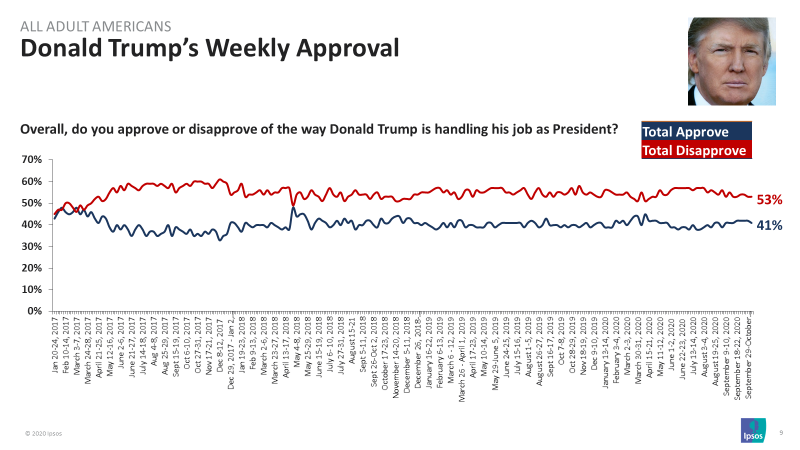 A majority of Americans (63%) are concerned about the direction of the country, while just 24% say the country is heading in the right direction. 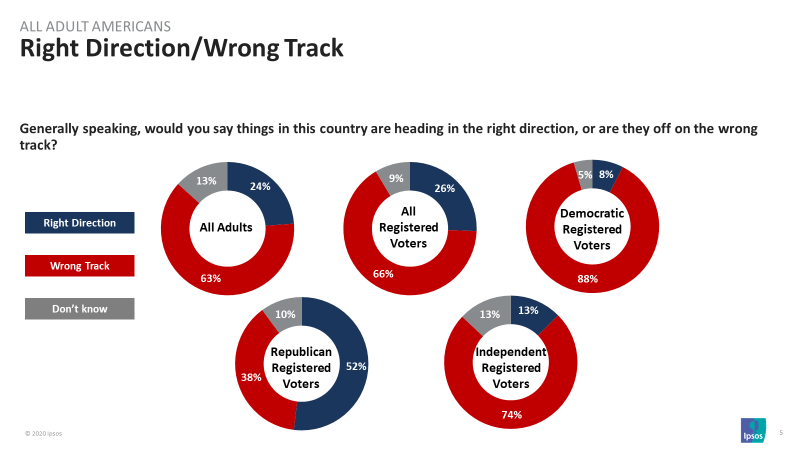 Americans remain split on what is the most important problem facing the country. About a quarter report that the economy and jobs are the most significant issues (26%), followed by 20% who say healthcare is the biggest problem. About 16% of Americans have volunteered other problems, like coronavirus and the current administration as their biggest concerns. 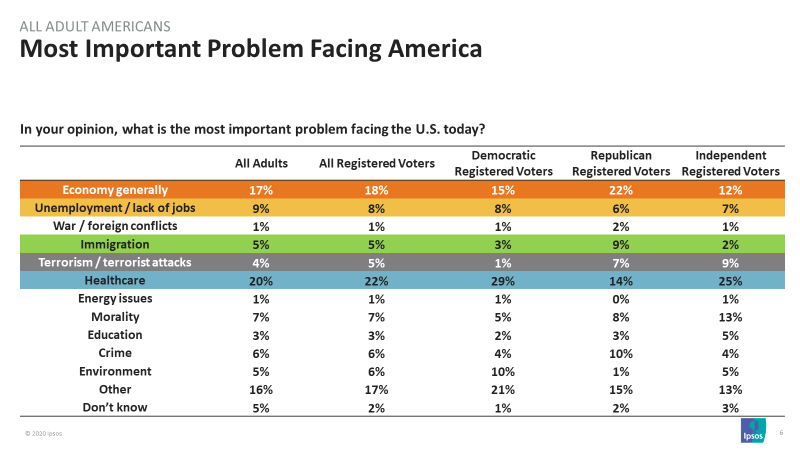