Sixty-five percent of registered voters say the country is headed off on the wrong track, unchanged from last week. 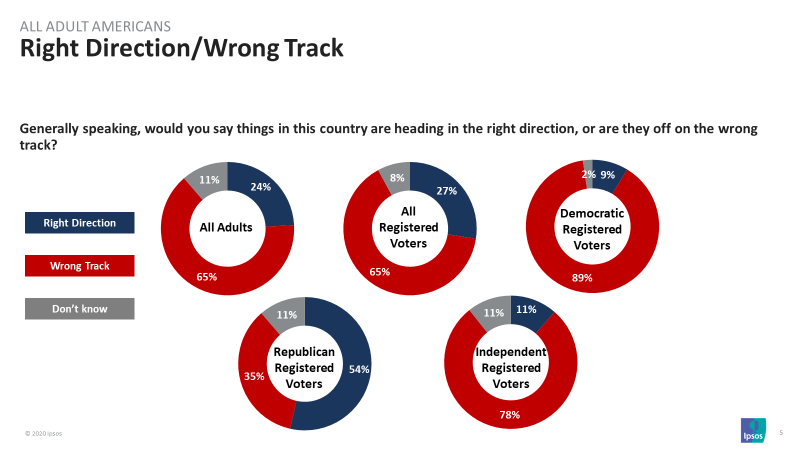 Thirty percent of Americans say the economy and jobs are the most important problem facing the country. Partisanship dictates perceptions on the importance of other major issues. 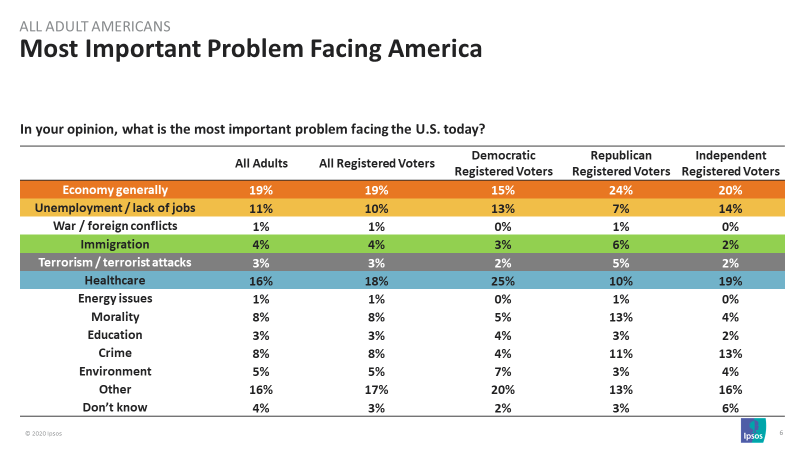 Forty-one percent of Americans approve of the job Donald Trump is doing as president, unchanged from last week. 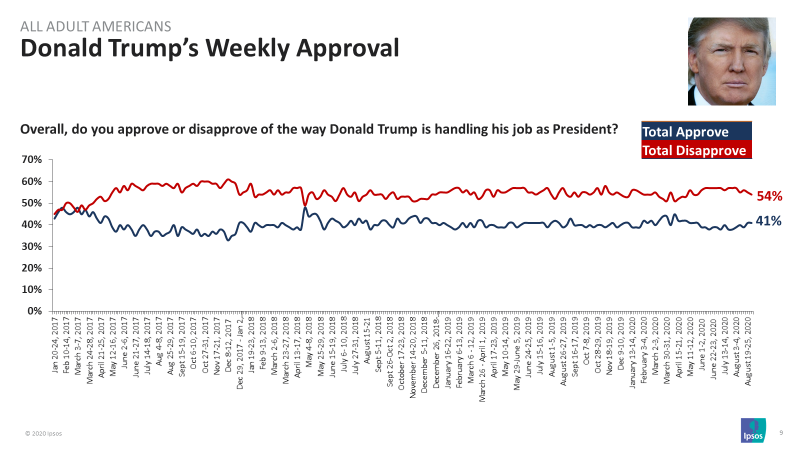 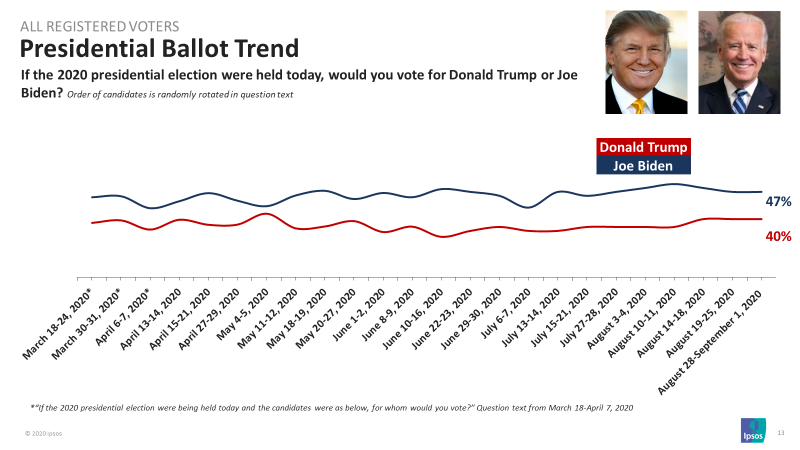