According to the latest ABC News/Ipsos poll, just one in three Americans approve of the way President Donald Trump is handling the response to COVID-19. This not only represents the lowest approval rating since the question was asked in March, but also an 8-point drop from mid-June. Moreover, a majority of Americans feel the U.S. is reopening the economy too quickly, though there are significant partisan differences.

1. Thirty-three percent of Americans approve of Trump’s handling of the response to the coronavirus, down from 41% three weeks ago. This is Trump’s lowest approval rating on the issue to date. 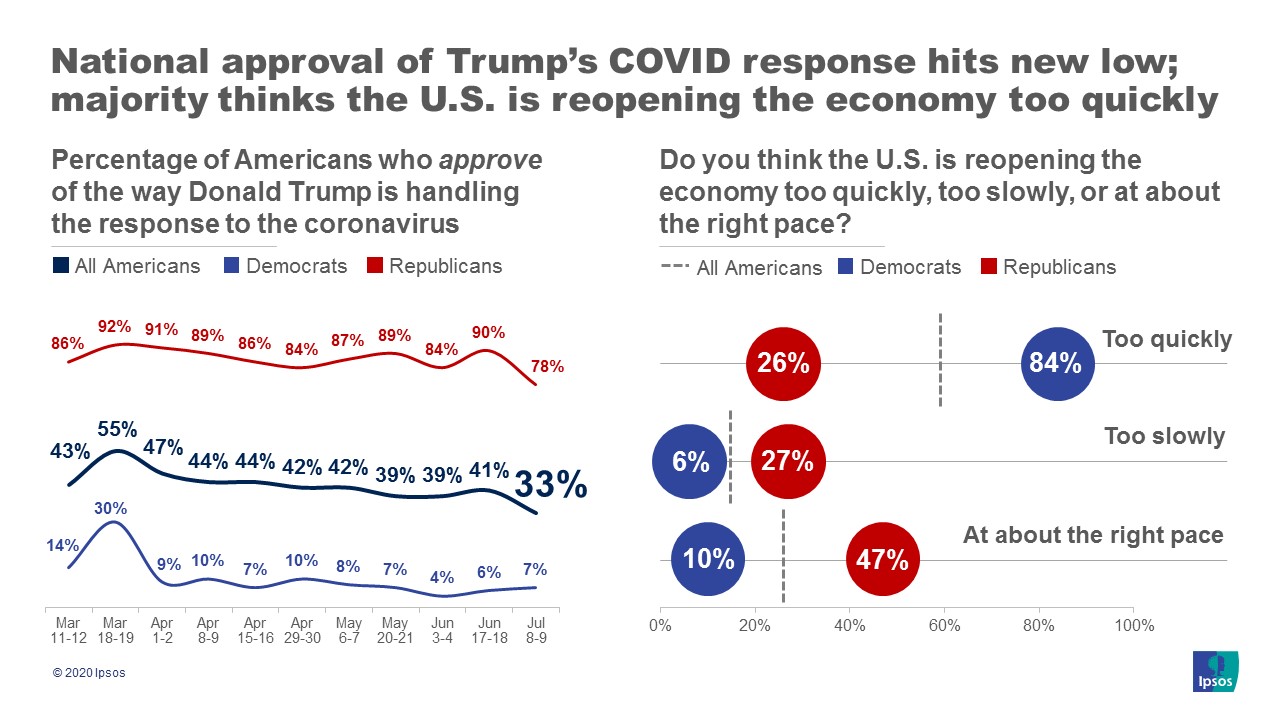 2. Fifty-nine percent of Americans believe the U.S. is re-opening the economy too quickly, more than double the number that believe it is happening at the right pace (26%).

3. President Trump’s approval on race relations is equal to that of his handling of COVID-19 (32%).

This ABC News/Ipsos Poll was conducted July 8 to July 9, 2020 by Ipsos using the probability-based KnowledgePanel®. This poll is based on a nationally representative probability sample of 711 general population adults age 18 or older.