Nearly two in three (66%) of the French people report that they intend to vote in the first round of the election, when turnout is traditionally highest.

Uncertainty remains high: 34% (- 6 points) of likely voters report that they could still change their mind about who to vote for. This is most likely for supporters of Hamon (43% not definite) Macron (32% not definite) and Mélenchon (34% not definite). In contrast, Fillon’s and Le Pen’s supporters are more confident in their choices with just 20% and 15% respectively reporting that their choice isn’t definite. 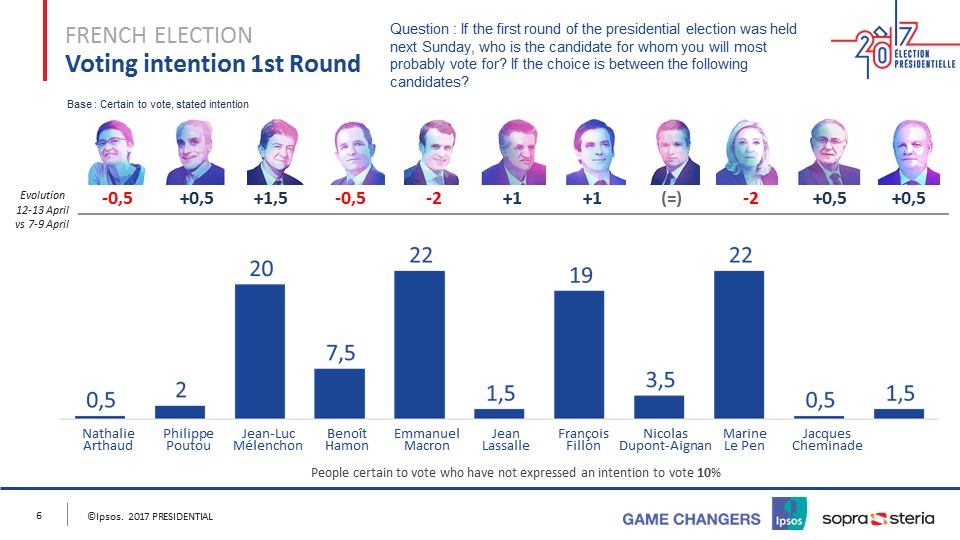