A new Ipsos survey finds that, on average across 30 countries, two in three adults (67%) consider themselves “happy.” Among the countries surveyed, happiness is most prevalent in the Netherlands and Australia, with 86% and 85% respectively describing themselves as “very” or “rather” happy. China and Great Britain (both 83%), India (82%), France and Saudi Arabia (both 81%), and Canada (80%) follow.

Where Are People Happier?

Sources of Happiness in the COVID Era 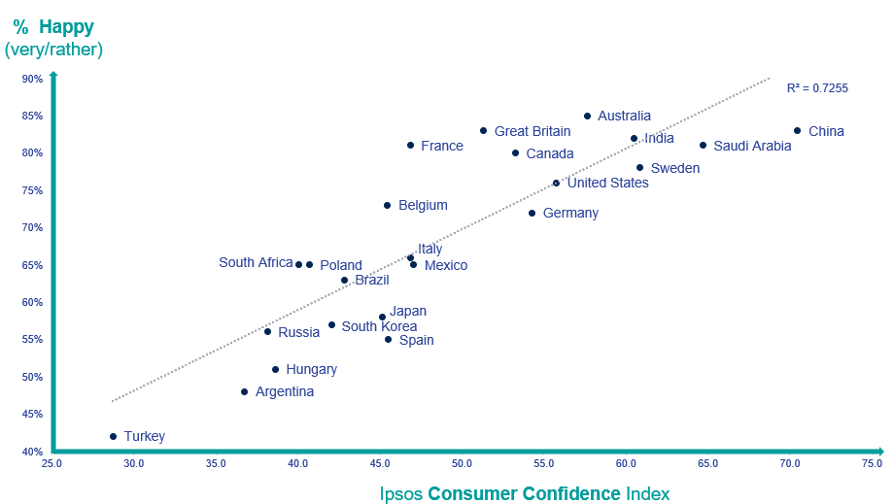