Six months, maybe more. That’s how little time that Brian Wallach’s neurologist told him he might have to live. That was in August 2017. A few seemingly random symptoms led Wallach, then 37, to a series of doctors and ultimately the neurologist. The doctor told Wallach that he might have amyotrophic lateral sclerosis, better known as ALS or Lou Gehrig’s disease. Through a process of elimination, six months later in February 2018, an ALS specialist officially confirmed his suspicion.

Then he explained worse news: most patients with ALS live two to five years after diagnosis. “About half of ALS patients die within a year,” says Wallach, now 38. This is the reality of ALS that few people know.

Only two in five Americans know that ALS is always fatal, according to an Ipsos survey of 1,005 Americans. Slightly more than half don’t know that the 2014 Ice Bucket Challenge was raising money for ALS. It also found that just 5 percent of respondents can name an organization or foundation working to fight ALS.

Like many terminal disease patients, Wallach wants to do something about it for himself and others while he can. Since his diagnosis, he met with other patients, and medical professionals and researchers.

He learned that compared to other neurodegenerative diseases like Parkinson’s and Multiple Sclerosis, ALS is one of the least-known and least-funded, he says. Wallach wants to change that.

Last month, he and his wife Sandra Abrevaya launched I AM ALS. It’s a patient-led movement that he hopes will pick up where the Ice Bucket Challenge left off. 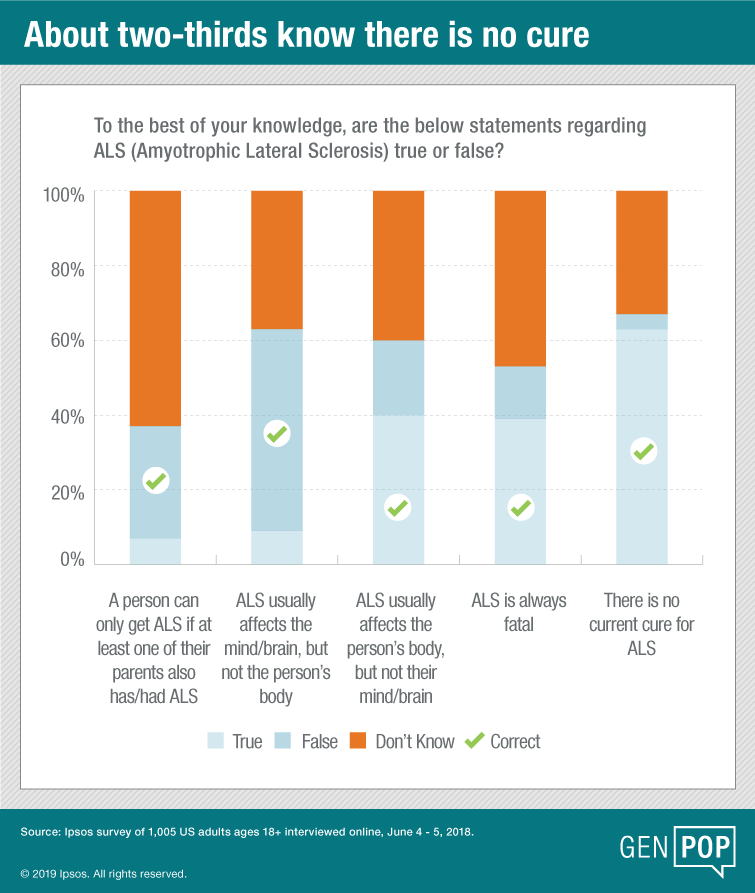 Over the next three years, they hope to raise more than $100 million of new funding for ALS research. At the same time, I AM ALS will build a national grassroots movement to raise public and political pressure to access more support from the federal government and those not currently involved in the fight for a cure.

As they were planning this campaign, the couple wanted to put real numbers behind what people understood about this disease and other related diseases.

Soon after his diagnosis, Wallach and his wife had a series of phone calls with their closest friends. Most of them had no idea what ALS was, he recalls. Wallach admits he only had a rudimentary understanding of it thanks to the Ice Bucket Challenge.

That campaign was a viral phenomenon that raised some $150 million in the United States. Those funds led to 200 research projects and the discovery of multiple new genes that could drive new breakthroughs.

“Among the successes of the Ice Bucket Challenge was spurring real progress in boosting interest in the disease from top doctors and Ph.D students,” Wallach says.

Yet despite its runaway success, the average person still knows very little about the disease and how deadly and swift it is. 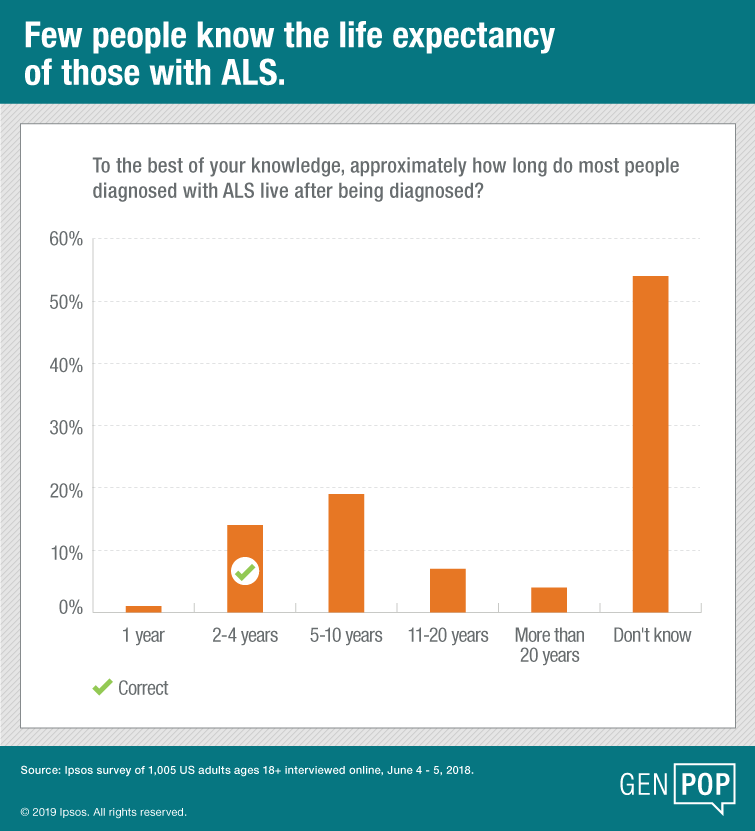 With the clock ticking, Wallach’s team needed a measurable, baseline understanding about what people knew about the disease in order to focus their mission and message.

What they have going for them is their professional experience understanding a problem and communicating it to persuade action. Wallach is a lawyer and his wife is a nonprofit executive. Both worked in the Obama administration; him vetting presidential appointees and her in communications.

No strangers to polling, they enlisted Ipsos to help put numbers around awareness and knowledge about the disease and related diseases. They also wanted to know what makes people get involved with public awareness campaigns for ALS and related diseases, so they might work together to find a cure. Ipsos did the survey on a pro bono basis.

“Polling helps to better explain why out of all the amazing causes out there this one was uniquely and particularly worth your time,” says Wallach. “We knew the science is there to support a message of hope; we just needed the numbers to help us explain why this is true. The numbers helped us understand where to put our time to have true impact.”

The hope is that if there was a sense of the horror of the disease, people may be more inclined to get involved, to donate or to put more pressure on the government to fund research. Plus, people don’t realize how necessary drug trials are for ALS patients. Patients have nothing to lose, so they need to fast-track drug trials and research as soon as humanly possible.

Putting the data to work

Wallach now has hard, trustworthy data that explains the first problem of ALS: that nobody knows what it is. Armed with real insight, the team now understands how to create fundraising and public relations campaigns that address the current shortfalls, Wallach says.

“We’re hoping that we can put the data out in a meaningful away and enable people to talk to their friends, coworkers and families and help explain to them with numbers that they can get their friends involved,” he says. “Right now, we are at a tipping point that…we can actually beat this thing.”

He adds that, “If every movement begins with a story, for us, the story is that we need to have hope. But the second part is we have to make steps to make it real in the way we contribute to that to find a cure.”