More people say they are comfortable going back to their place of work in the coming weeks, but they don’t feel the same about allowing their children to return to school amid the coronavirus pandemic, according to the latest Ipsos survey.

The countries most uncomfortable with returning to the workplace are Brazil and Spain (48%). In fact, one in five people (20%) in Brazil say they definitely would not do this in the next few weeks.

Meanwhile, respondents most divided on this are in South Africa with a 3 percentage-point difference between those that are comfortable and those that are not, followed by Spain and Japan (4), the United Kingdom and Mexico (7). 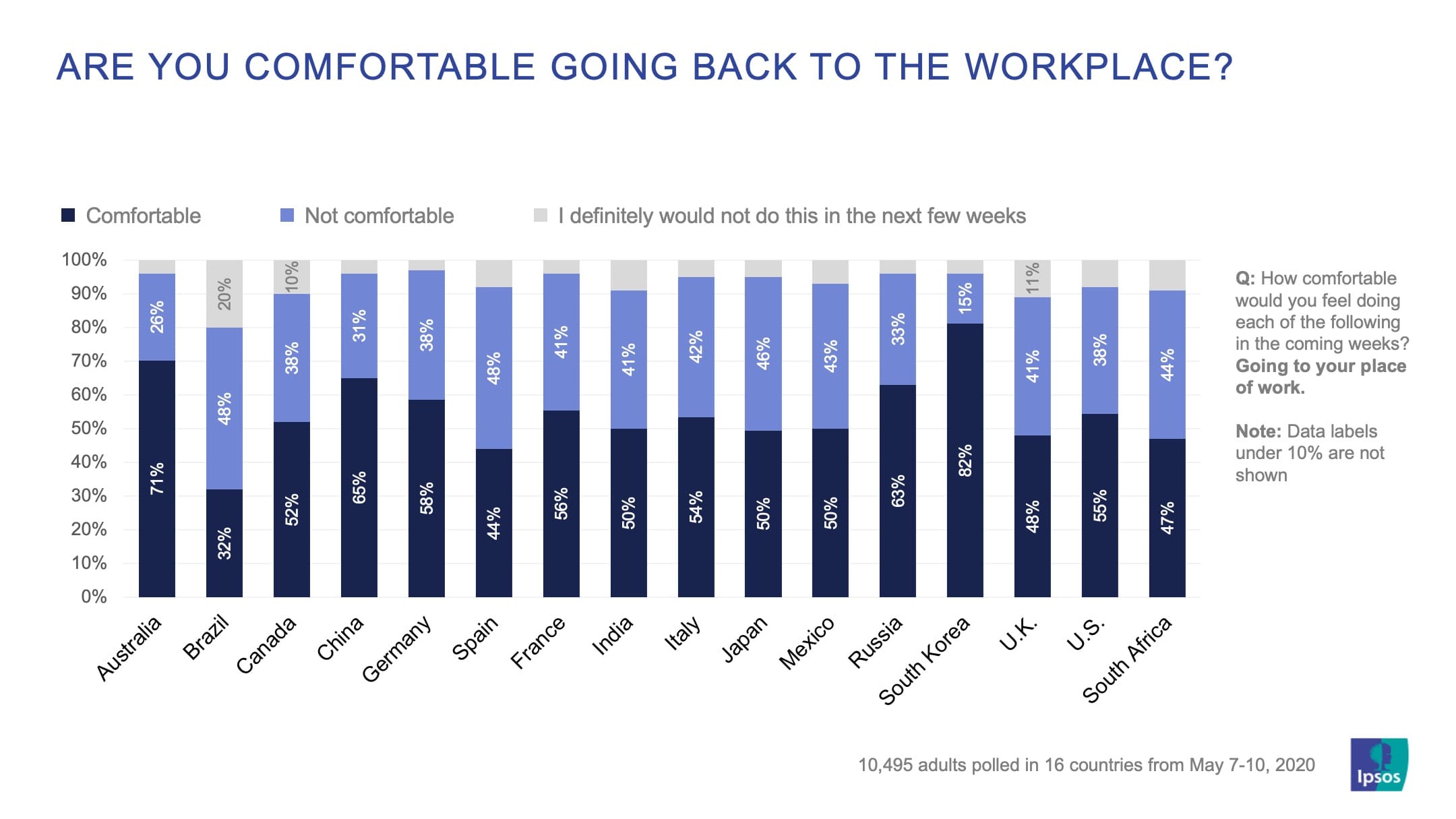 In terms of allowing children to return to school, a majority of people in Italy and South Africa (56%), Canada and Spain (53%) are not comfortable with doing this in the coming weeks, while more people in 10 other countries feel the same way.

People in Brazil are most against this with more than two in five respondents (44%) saying they definitely wouldn’t do this in the next few weeks, followed by Japan (30%), and the United States (28%).

There are only two countries where people are more comfortable with allowing their children to return to school in the coming weeks – Australia (59%) and South Korea (49%).

The countries most divided on this are some of the world’s biggest emerging markets including China with 3 points separating those that are comfortable from those that are not, followed by Russia (6) and India (8). 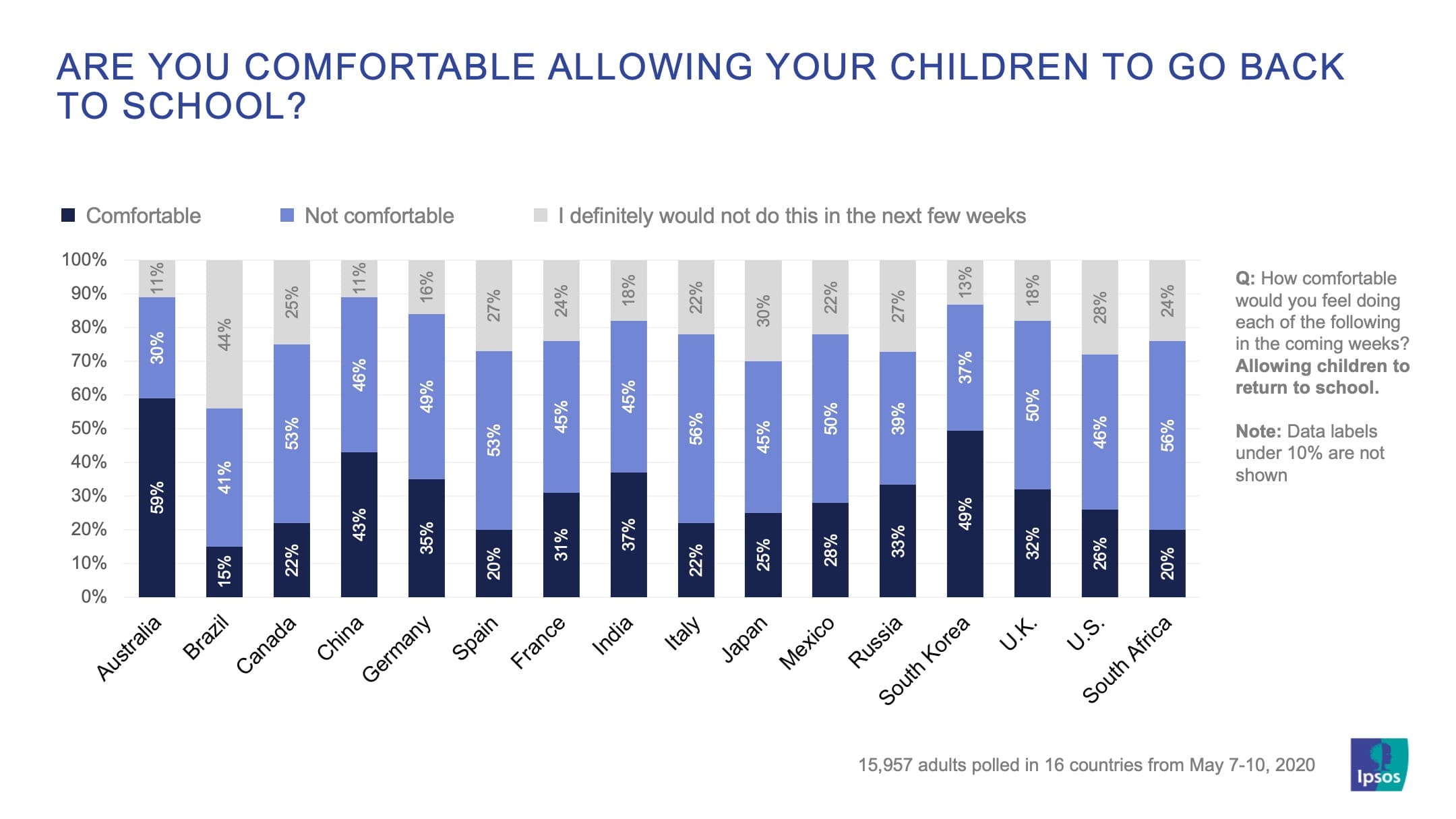