A majority of people in nine out of 16 countries think opening businesses now puts too many people at risk of contracting COVID-19, according to the latest Ipsos survey. 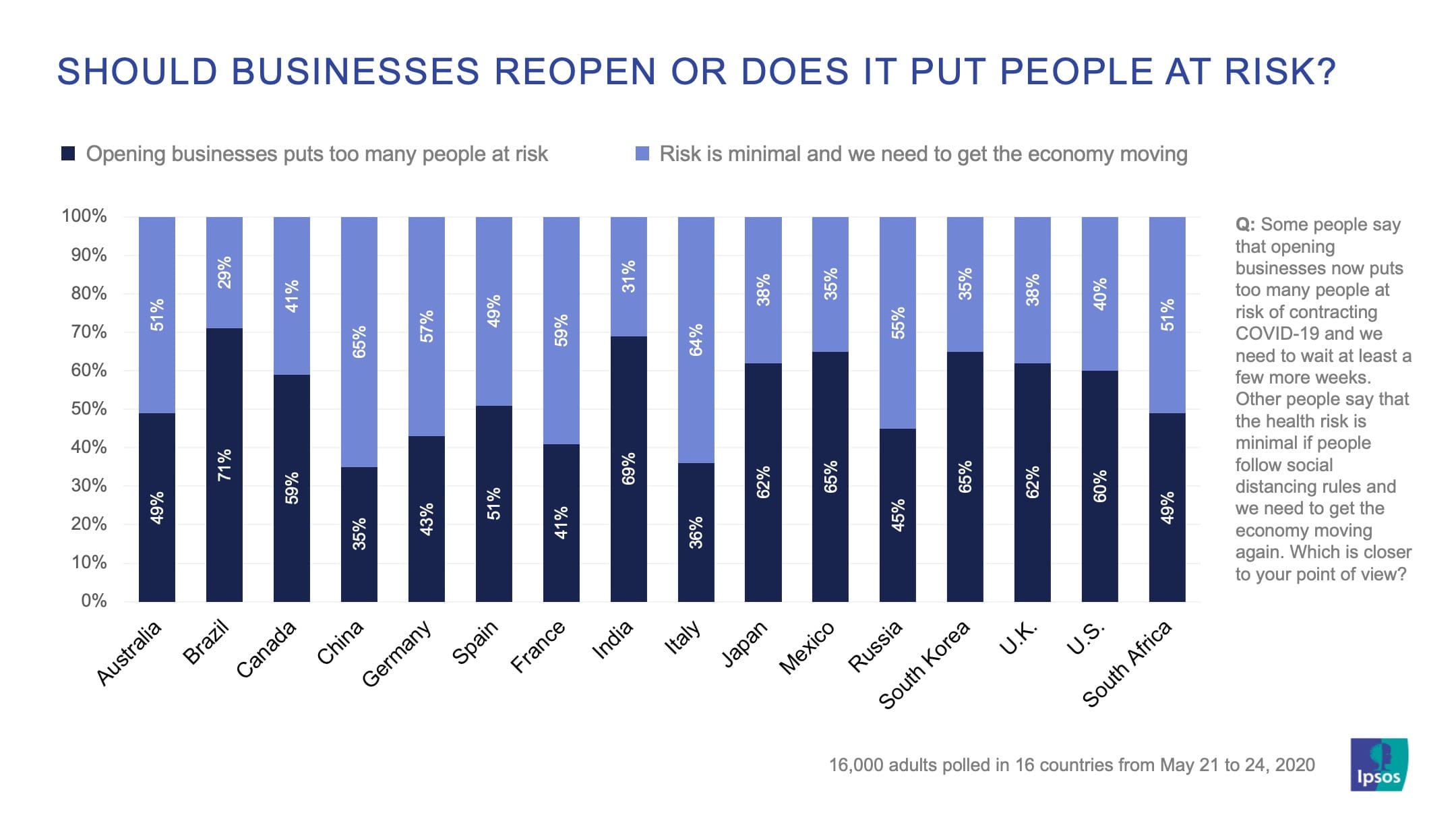 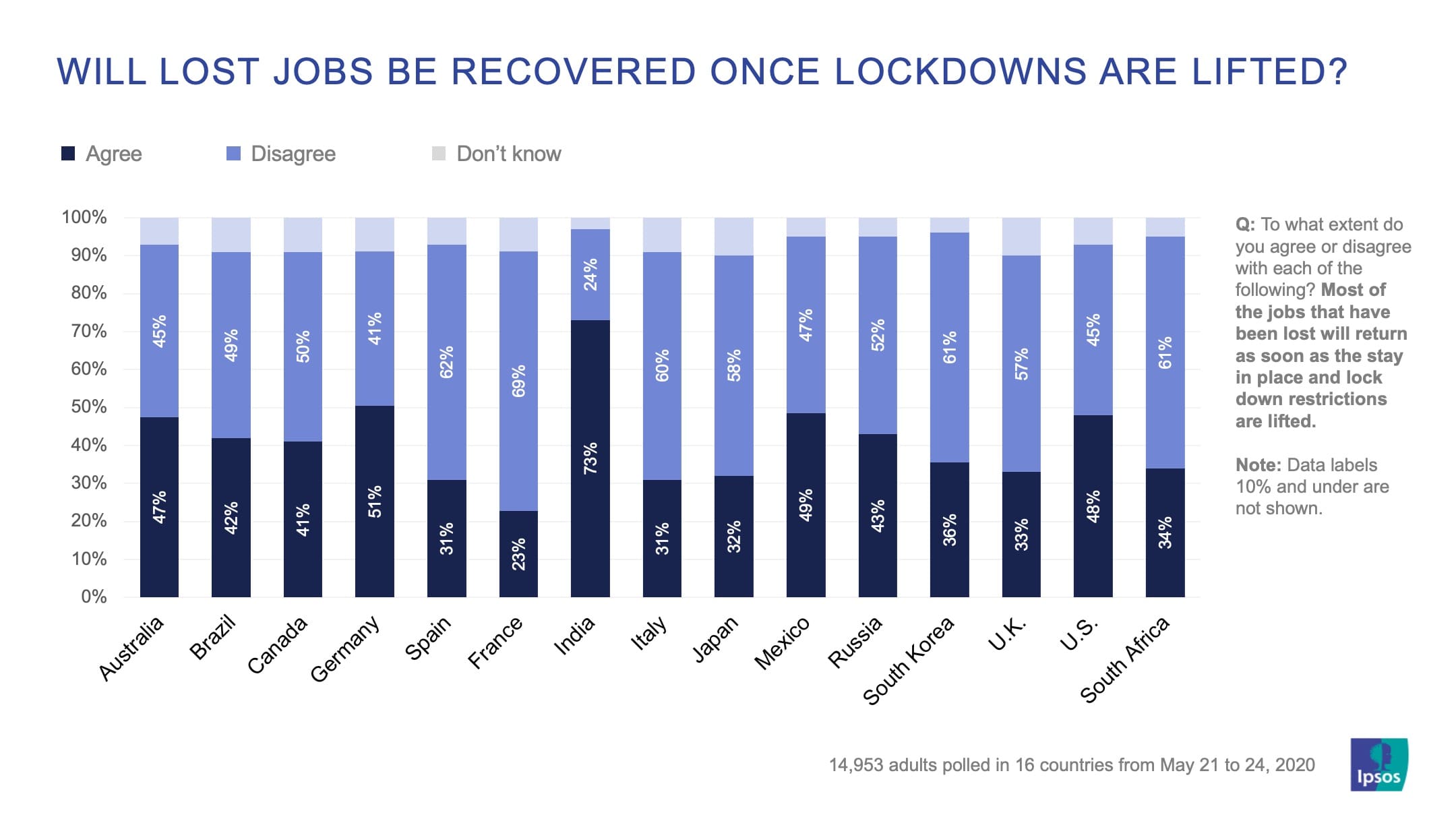 These are the results from Essentials, an Ipsos weekly global syndicated study examining the opinions and behaviours as countries move through the pandemic. These results were collected May 21st to 24th, 2020 using an online methodology 16,000 adults aged 18-74 in Canada and the United States and 16-74 in Australia, Brazil, China, France, Germany, Italy, Spain, India, Japan, Mexico, Russia, South Africa, South Korea and the United Kingdom.