As the world marks one year of living with COVID-19, an analysis of Ipsos tracking data from eight countries examines how perceptions of the virus have changed since the beginning of the pandemic. In Australia, Canada, France, Germany, Japan, Russia, the United Kingdom, and the United States, people tend to see COVID-19 as a greater threat to their country than to their jobs or to their safety, something that's remained constant for much of the pandemic. Looking ahead, few believe they are out of the woods yet; most expect the virus will not be contained until the second half of 2021, if ever. 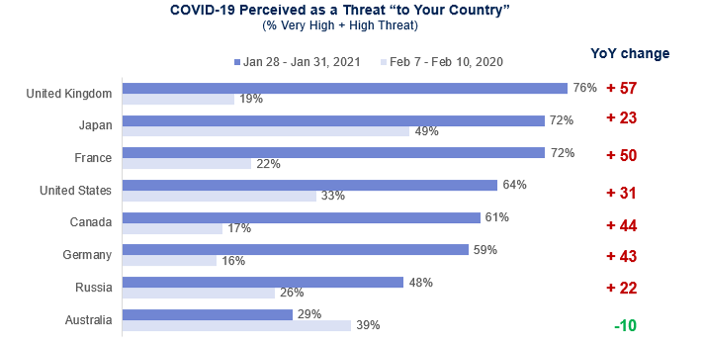 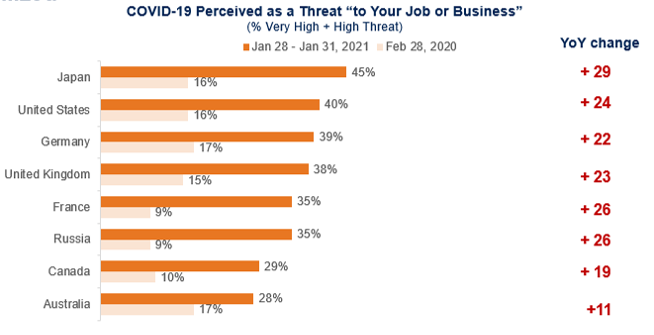 The survey is conducted on Ipsos’ Global Advisor online platform among adults aged 18-74 in Canada and the United States, and 16-74 in Australia, France, Germany, Japan, Russia, and the United Kingdom. The first wave was conducted between February 7-10, 2020. The 33rd and most recent wave reported in this document was conducted January 28-31, 2021.