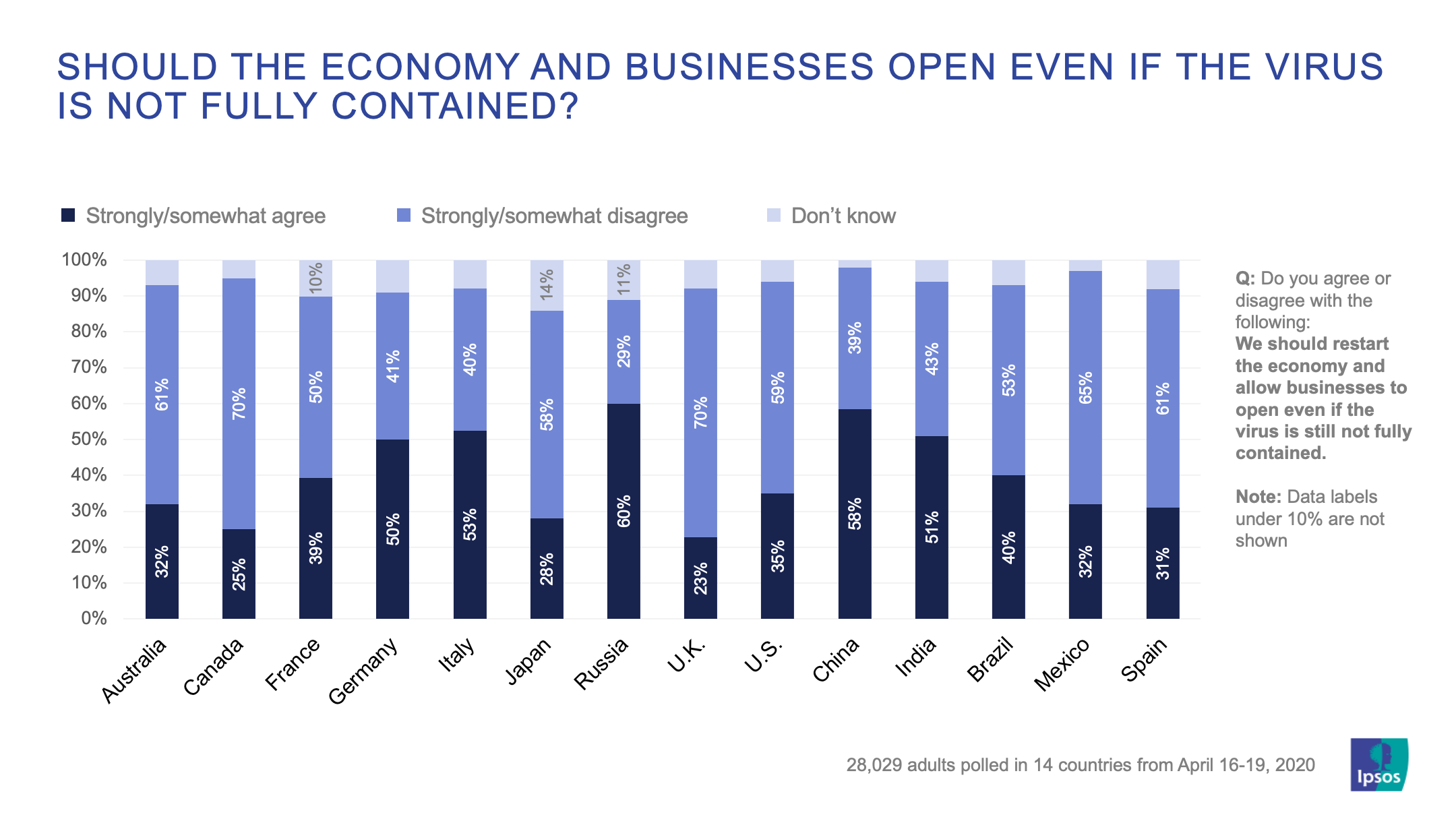 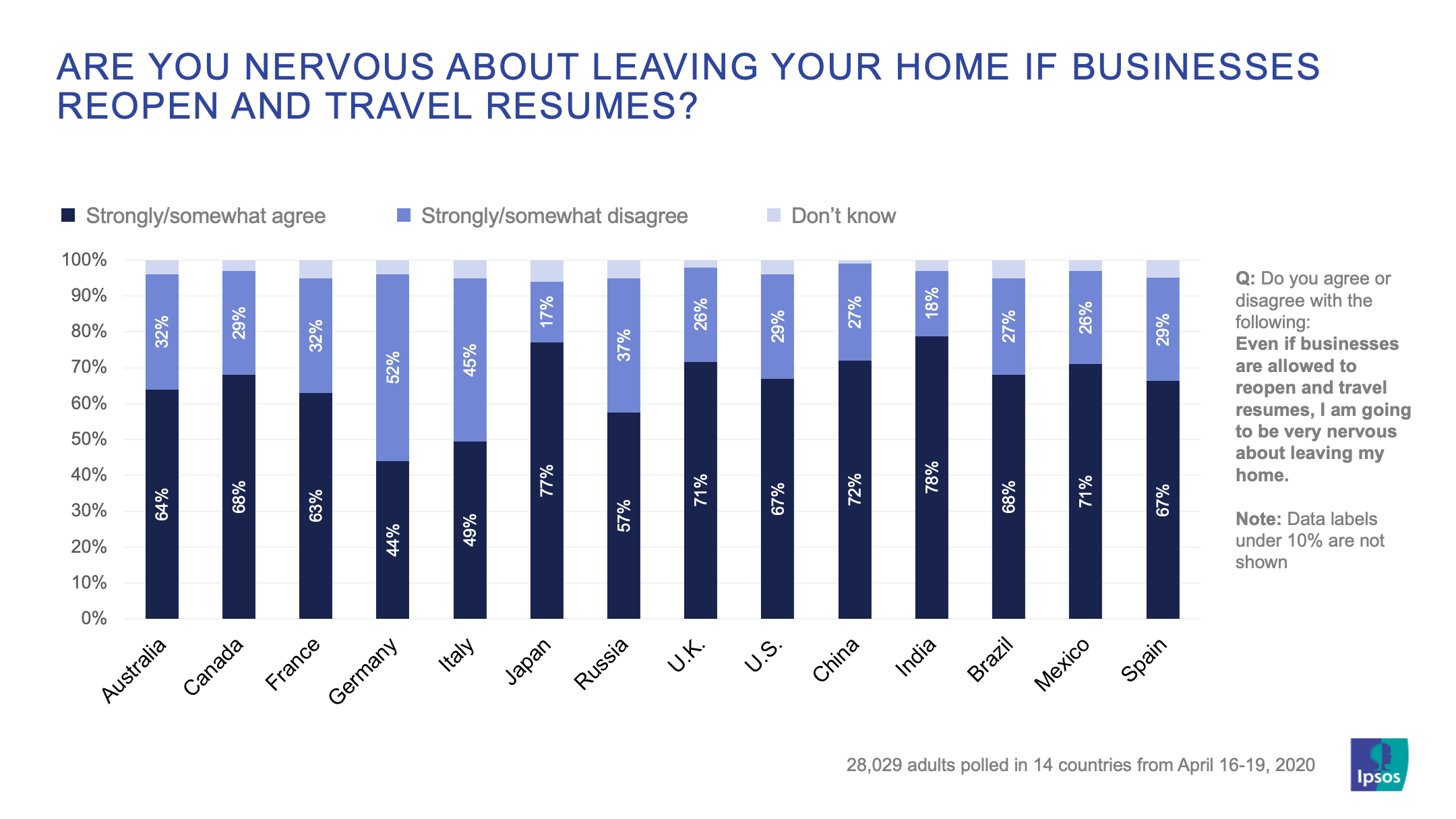 These are the results of an Ipsos survey conducted April 16th to 19th, 2020 on the Global Advisor online platform among 28,000 adults aged 18-74 in Canada and the United States and 16-74 in Australia, Brazil, China, France, Germany, Italy, India, Japan, Mexico, Russia, and the United Kingdom. Where available, tracking results from previous studies, conducted through April and March and selected results from February are referenced by date.