The Ipsos Social Cohesion Index (ISCI) suggests that Social Cohesion is under assault globally. Based on a survey of over 20,000 adults in 27 countries, Ipsos finds that twice as many global citizens are “weak” (41%) than “solid” (21%) in their sense of social cohesion. 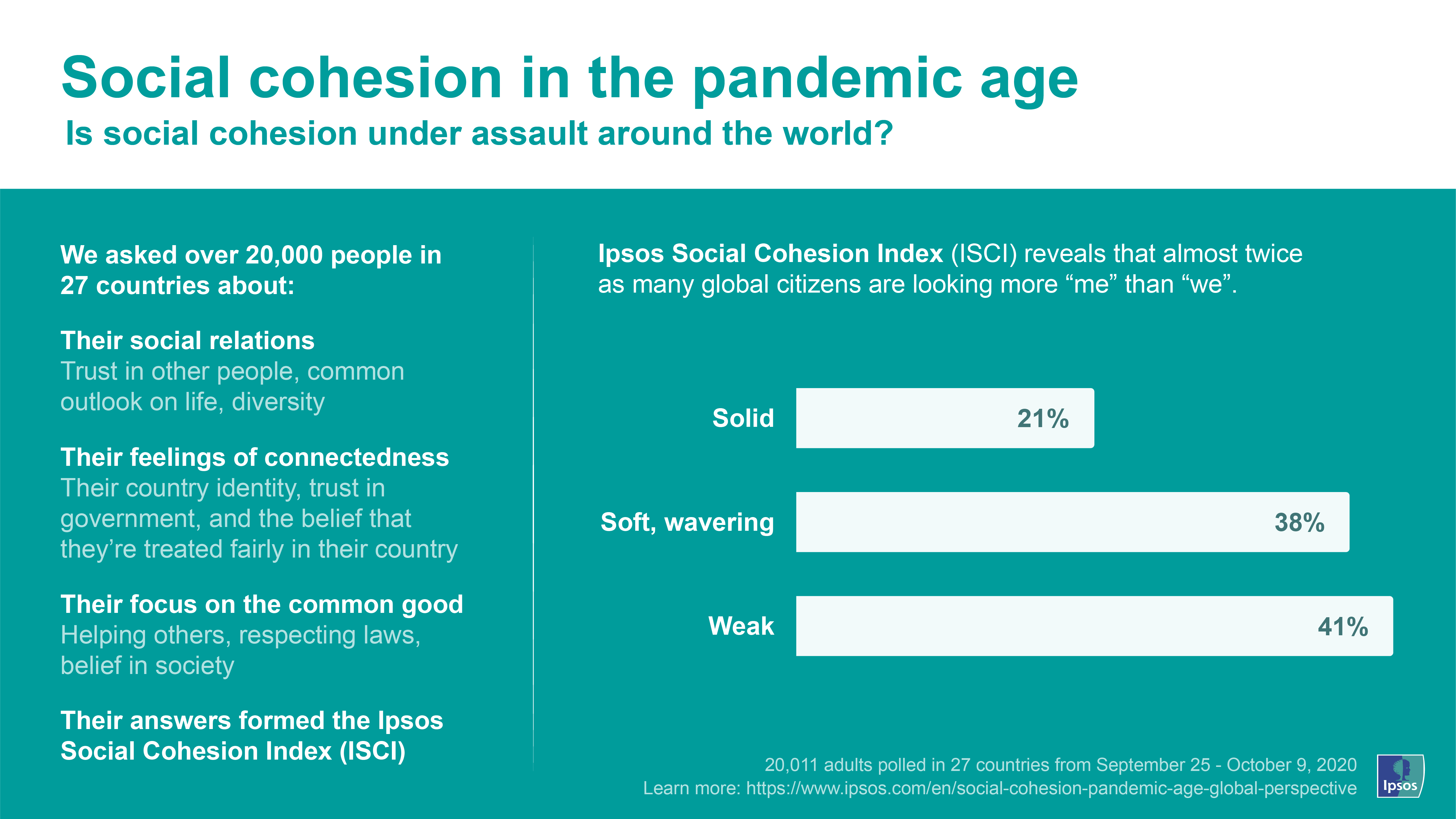 Why does this matter?

Many pundits and others are talking about the importance of social cohesion and social capital in the pandemic recovery and beyond.

They note that the “group-think” and “what have you done for me and mine” perspective created by lower social cohesion can ultimately tear a society apart. People make demands of governments and businesses to act more to address how they think they are “wronged” and what their specific wants/needs are, than about what is good for the whole.

Therefore, social cohesion has widespread potential impact on marketing, messaging and positioning among the private sector, and public and social policy in the public sector moving forward.

The Ipsos Social Cohesion Index is a measure based on citizens’ attitudes relative to:

Few countries can be described as cohesive

Lack of social cohesion cuts across most individual countries, although some are more challenged than others. For example:

“Social cohesion is the bedrock for societies and economies to function. No country will evolve in a positive direction if its citizens are all rowing in different directions," Darrell Bricker PhD, Global Service Line Leader, Public Affairs, Ipsos, notes. "So, while understanding citizen attitudes toward issues and policies is important for the public sector, and customer experience and brand for the private sector, it is important to understand that there is a more fundamental level encapsulated in Social Cohesion that greatly influences both.”

These are the findings of a 27-country Ipsos survey conducted between September 25 and October 9, 2020 among 20,011 adults aged 18-74 in the United States, Canada, Malaysia, South Africa, and Turkey and 16-74 in 22 other countries, via Ipsos’ Global Advisor online survey platform.