With a record life expectancy of 84 years, the Japanese can enjoy greater longevity than those in other countries around the world, are generally healthy and well cared for, and the country even has a designated holiday of “Respect for the Aged” (敬老の日). Yet only 10% of the population are looking forward to old age.

There is a constant drumbeat of doomsday forecasts for “super-ageing” Japan: shrinking and disappearing pensions, later eligibility for social security benefits, the elderly caring for the elderly, and more and more older Japanese living and dying alone.

Recent Ipsos research shows that many of the concerns that Japanese feel about ageing mirror those felt globally. But only 5% of Japanese chose ‘being financially secure’ as something to look forward to in older age in comparison to the 20% global average.

Concern about maintaining social programmes is also strong in Japan. This is understandable given that the elderly dependency ratio was already the OECD highest in 2015 at 44% and is expected to grow to 73% in 2050.

Changing demographics and economic/social conditions in Japan mean that those who will join the ranks of the older generation in the coming years and decades cannot expect the same levels of economic security and care as their parents have received. Growing inequality is a problem, especially for Japanese women as 1 in 4 (compared to 1 in 7 OECD average) is living in poverty.

This briefing turns to the impact of the changing population demographics on this segment who are facing challenges on all fronts: squeezed between working, bringing up children and providing care for their older relatives. 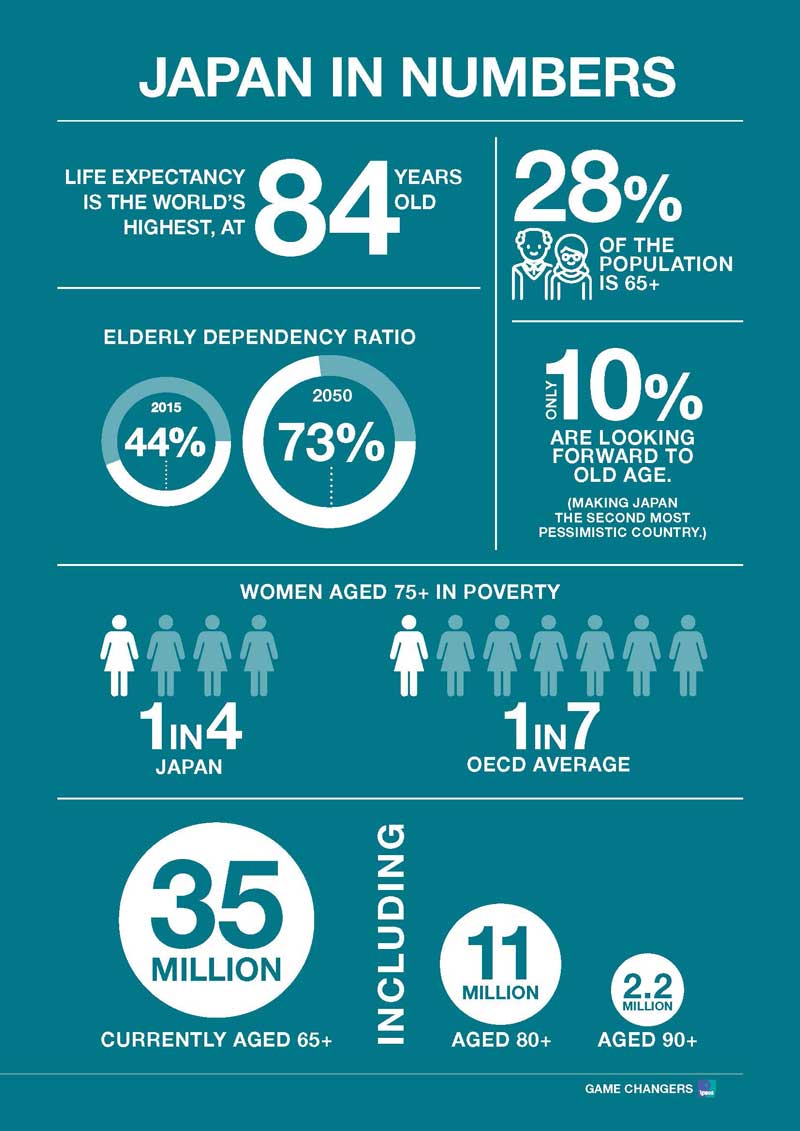