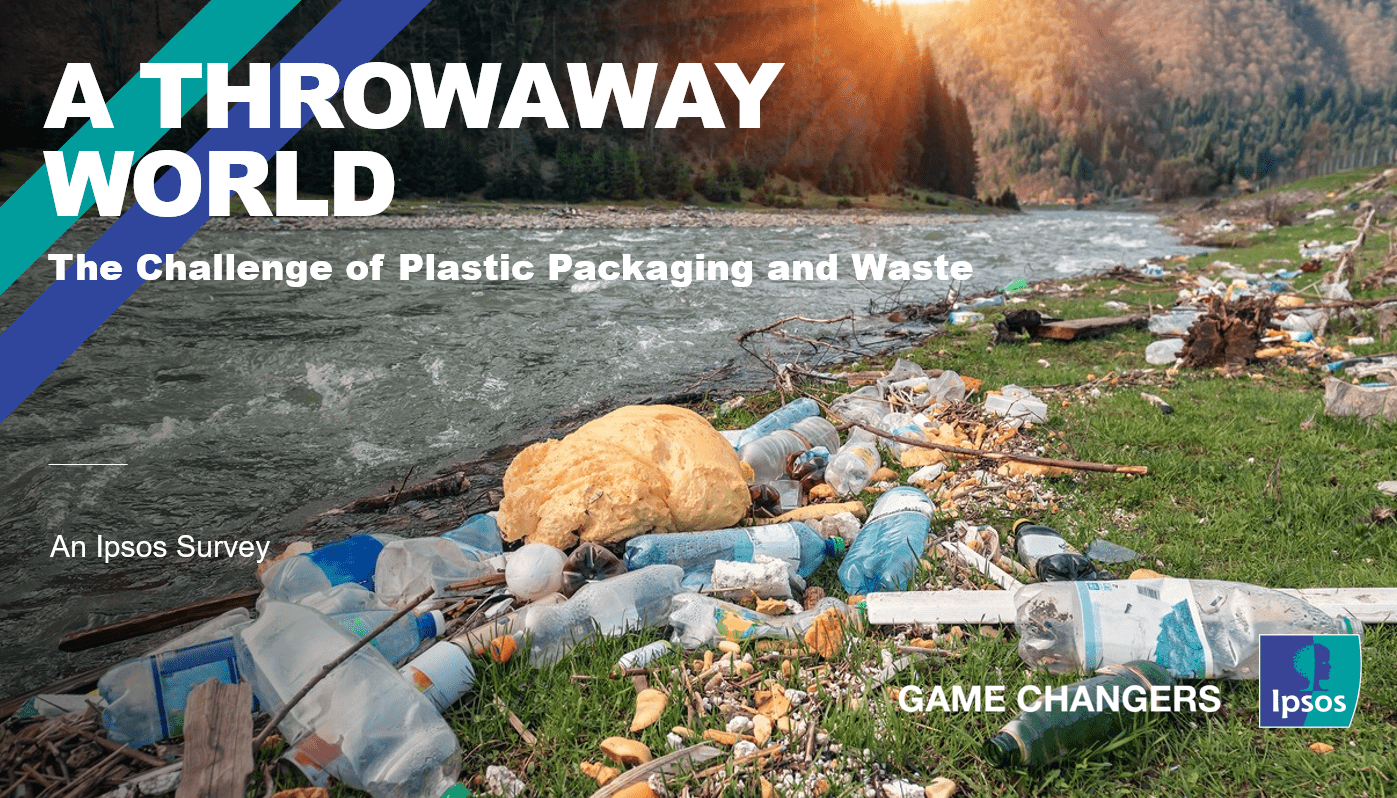 Our latest Ipsos Global Advisor survey finds 80% of people around the world saying that manufacturers should be obliged to help with the recycling and reuse of the packaging that they produce. This sentiment is shared by a majority of consumers in each of the 28 countries covered in the research. Agreement tops 80% in 18 of these countries and it is particularly widespread in Serbia (93%), Peru and Russia (both 88%).

People say they are ready for change. Three in four global consumers (75%) now agree they want to buy products with as little packaging as possible, a figure which rises to 81% in Great Britain, Hungary and Peru and 86% in Serbia.

Meanwhile, 71% globally believe that single use plastic products should be banned as soon as possible, and support for such a move breaks the 7 in 10 barrier in 19 of the countries surveyed. People in the US show lower levels of approval, with 57% favouring a ban.

The survey points to potential benefits awaiting manufacturers who make the switch: 75% of global consumers (71% in the US) say they feel better about brands which make changes to achieve better environmental outcomes.

At the same time, the research also points to limits to what people may be willing to do personally to decrease the amount of plastic they use.  Across all the 28 countries in the survey, 63% say they would be willing to change where they shop if it meant they would use less packaging. But this figure falls to under 60% in many of the world’s wealthiest markets, and in the US the proportion ready to change their regular shopping routine stands at 49%.

The survey finds big variations in people’s assessments of the local household recycling service in the area where they live. In Russia and Serbia, less than a quarter are satisfied (24% and 22% respectively), while in Sweden and Canada it stands at 70%.

A similar international variation can be seen when it comes to the clarity of the rules for household recycling locally: these are rated particularly highly by people living in Belgium and Germany, where the proportion agreeing that the services are “good” stands at 72% and 70% respectively. At the other end of the spectrum are the assessments of the local recycling services in Serbia and Russia, which stand at 22% and 21% respectively.

Looking across the 28 countries, it’s the British who are most aware of the limits of recycling, with only a quarter (24%) believing that all plastics can be recycled, compared to a global average of 55% and more than two-thirds in Poland (67%), Serbia (69%) and Peru (74%).

Ian Payne, Global Head of Packaging Innovation, said: “Brands which deliver more sustainable packaging without compromising benefits or price, will be rewarded a competitive advantage. Our poll shows that positive outcomes are more likely when people are incentivised with systems that support behaviour. Packaging which is more easily sorted and disposed of will nudge virtuous behaviours, with tangible outcomes for the whole community.”

Ian is the author of our recent paper, The Third Moment of Truth: Why sustainable packaging became a corporate necessity, and discusses the topic in more detail on our podcast: