Sentiment over whether governments are doing a good job of containing the coronavirus pandemic has swung in a number of countries over a month, according to the latest Ipsos poll. 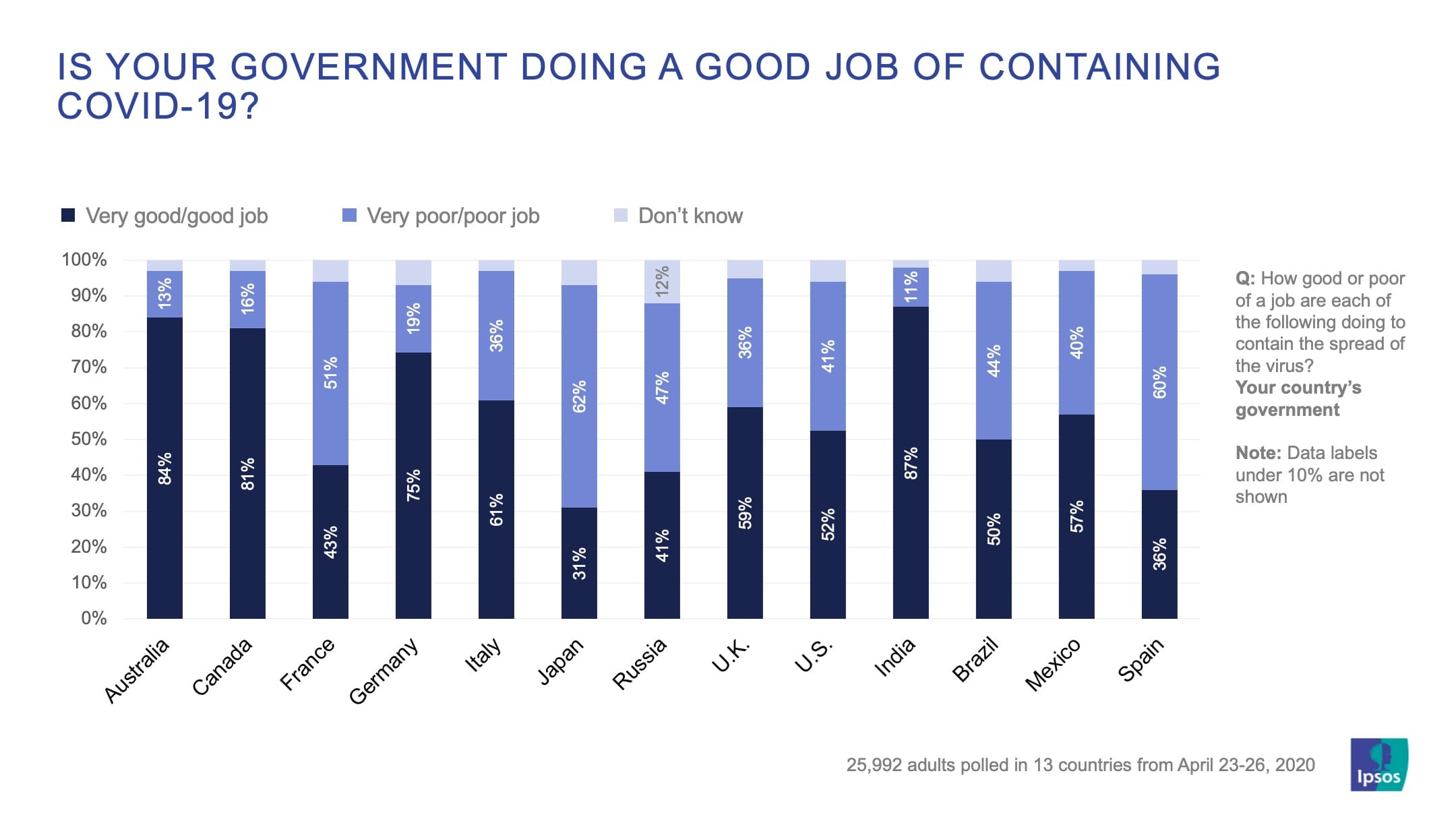 But when you look back to polling results from more than a month ago – March 19 to 21 – sentiment has fallen the most in some key countries at the center of the outbreaks. Japan is at the top with their view of government response down 18 percentage points, followed by France (-13), Brazil and Russia (-9), Italy (-5), and the United States (-4).

On the other end, a positive view of the government’s work has increased in Germany (+26 points), Australia (+24 points), Mexico (+13), and Canada (+10) since March. Sentiment in the United Kingdom has remained unchanged with three in five people (59%) happy with the government response. 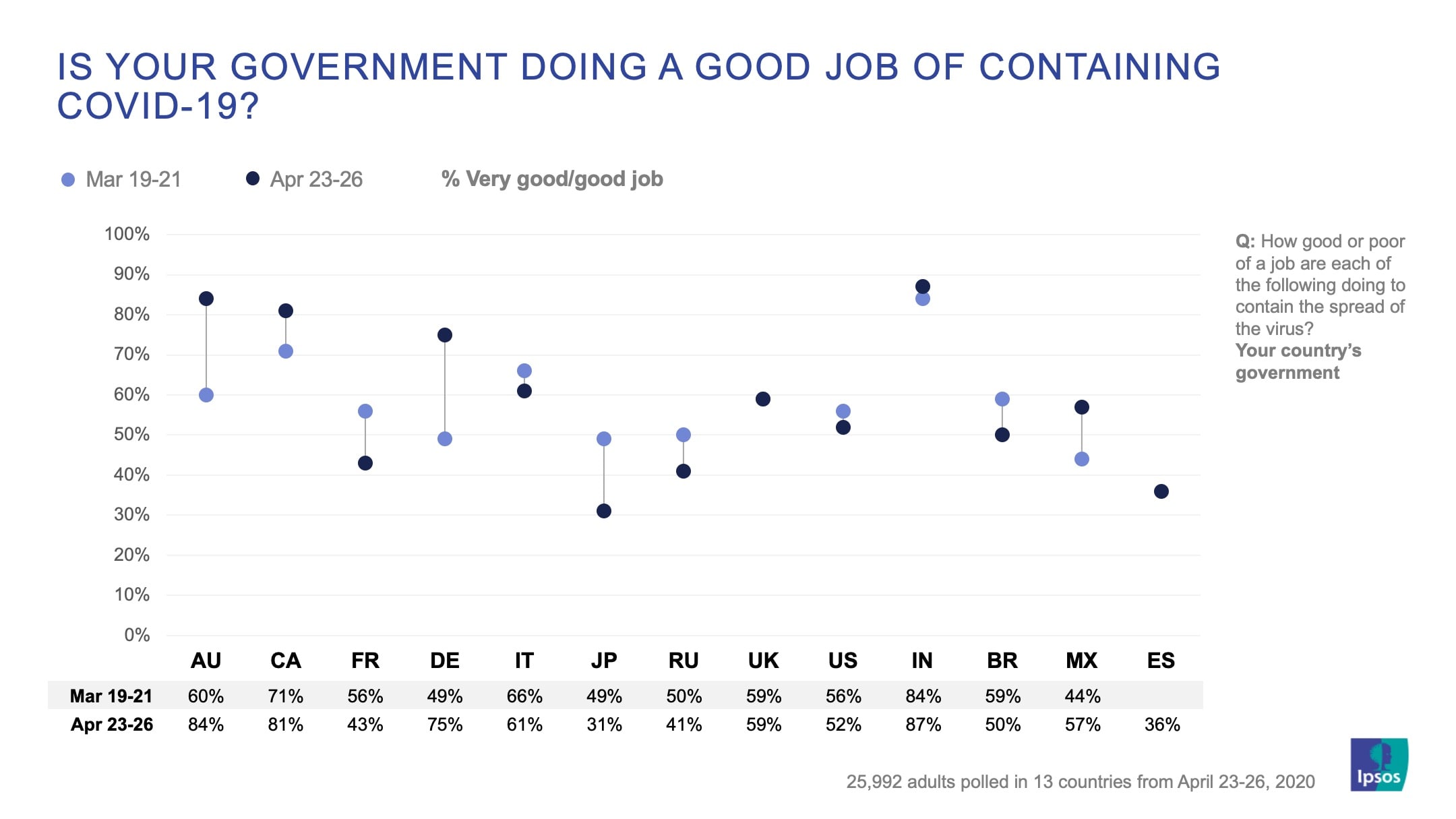 In terms of how people view the work of an international agency – the World Health Organization – a majority of people in 11 out of the 13 countries surveyed think the WHO is doing a good job in containing the spread of COVID-19, but this sentiment has fallen since March in nine out of 12 countries where Ipsos has tracked opinions.

People in the emerging markets of Mexico (78%), India and Brazil (75%) are most likely to be satisfied with the WHO’s response, followed by the developed nations of Canada (69%) and the U.K. (64%). The only two countries where more people disagree with the job done by the WHO are Japan (63%) and Russia (42%). 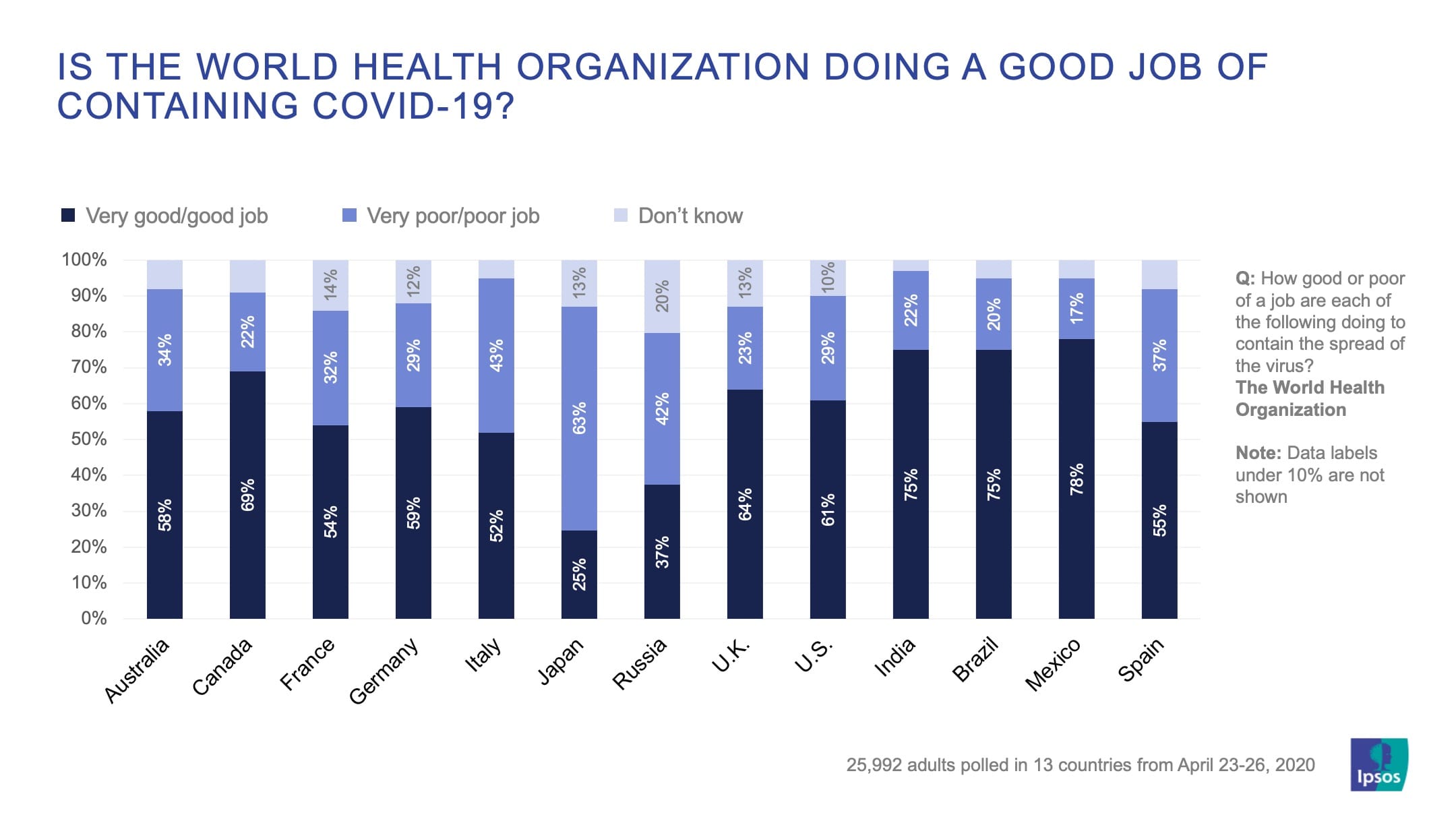 The countries seeing the biggest decline in regard for the WHO’s response are France (-14), India and Russia (-12) and Australia (-9). Germany (+13) and Japan (+2) are the only countries where satisfaction with the WHO’s role has increased. 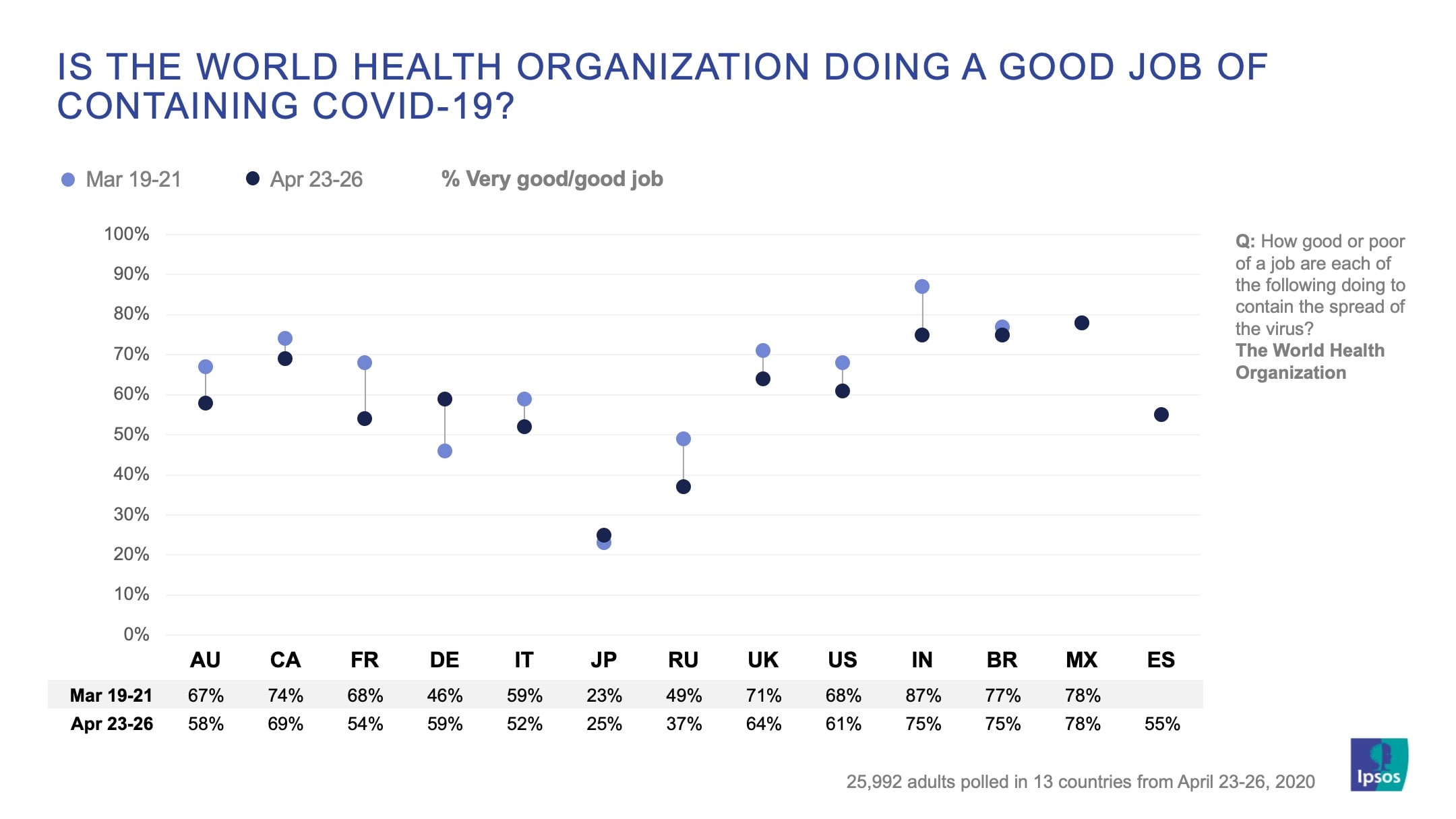 These are the results of an Ipsos survey conducted April 23rd to 26th, 2020 on the Global Advisor online platform among 25,992 adults aged 18-74 in Canada and the United States and 16-74 in Australia, Brazil, France, Germany, Italy, India, Japan, Mexico, Russia, Spain and the United Kingdom. Where available, tracking results from previous studies, conducted through April and March and selected results from February are referenced by date.