Across the world, the economic outlook is on the decline. At 41.3, the Global Consumer Confidence Index in May is down 3.1 points from last month, 7.4 points compared to its pre-pandemic level of January, and two points lower than at any time since its creation in March 2010. The Global Consumer Confidence Index is the average of each of the 24 world markets’ National Indices. It is based on a monthly survey of more than 17,500 adults under the age of 75 across the 24 countries conducted on Ipsos’ Global Advisor online platform.

Compared to January, every single country’s National Index is down—by more than 10 points in six countries (the United States, Israel, Mexico, Canada, Australia, and Poland) and by five to 10 points in 12 other countries. 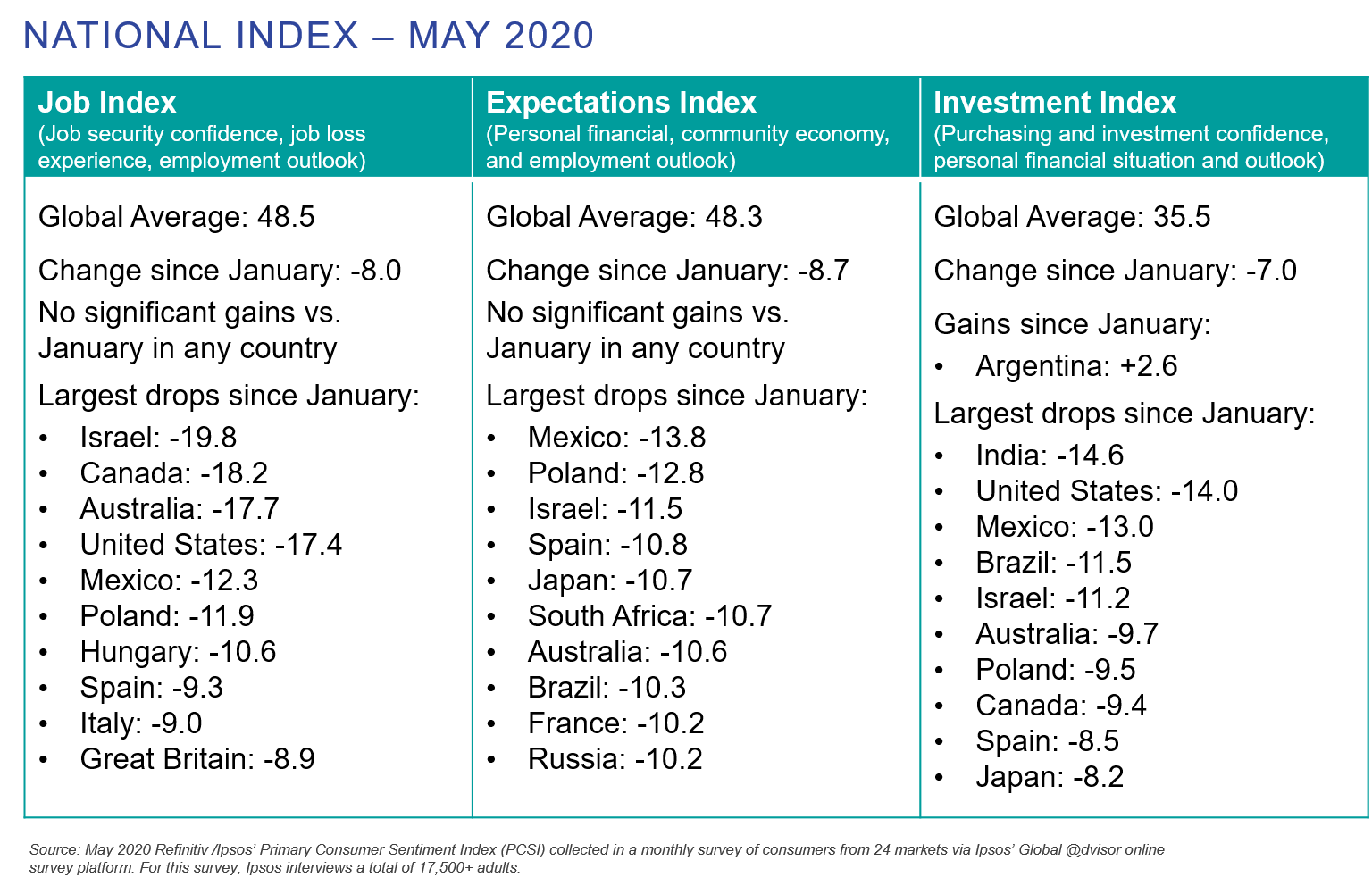 This month’s Global index is 5.7 points lower than its historical average.

Globally, all three key sub-indices are lower than at any time since Ipsos started tracking them in 2010:

Visit our interactive portal, Consolidated Economic Indicators (IpsosGlobalIndicators.com) for graphic comparisons and trended data pertaining to the Ipsos Global Consumer Confidence Index and sub-indices—and all the questions on which they are based.