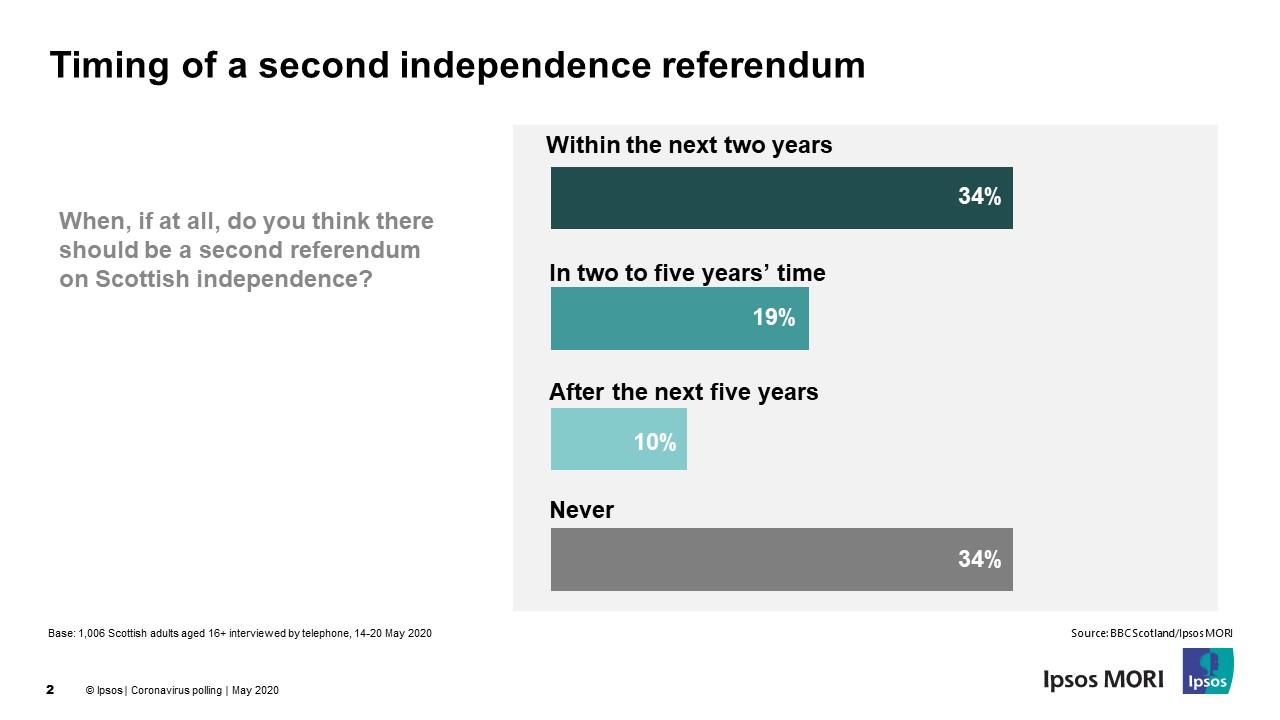 Young people are particularly likely to say there should be a second independence referendum within the next two years, with 46% giving this view, compared to 36% of those aged 35-54 and 22% of those aged 55 and over. 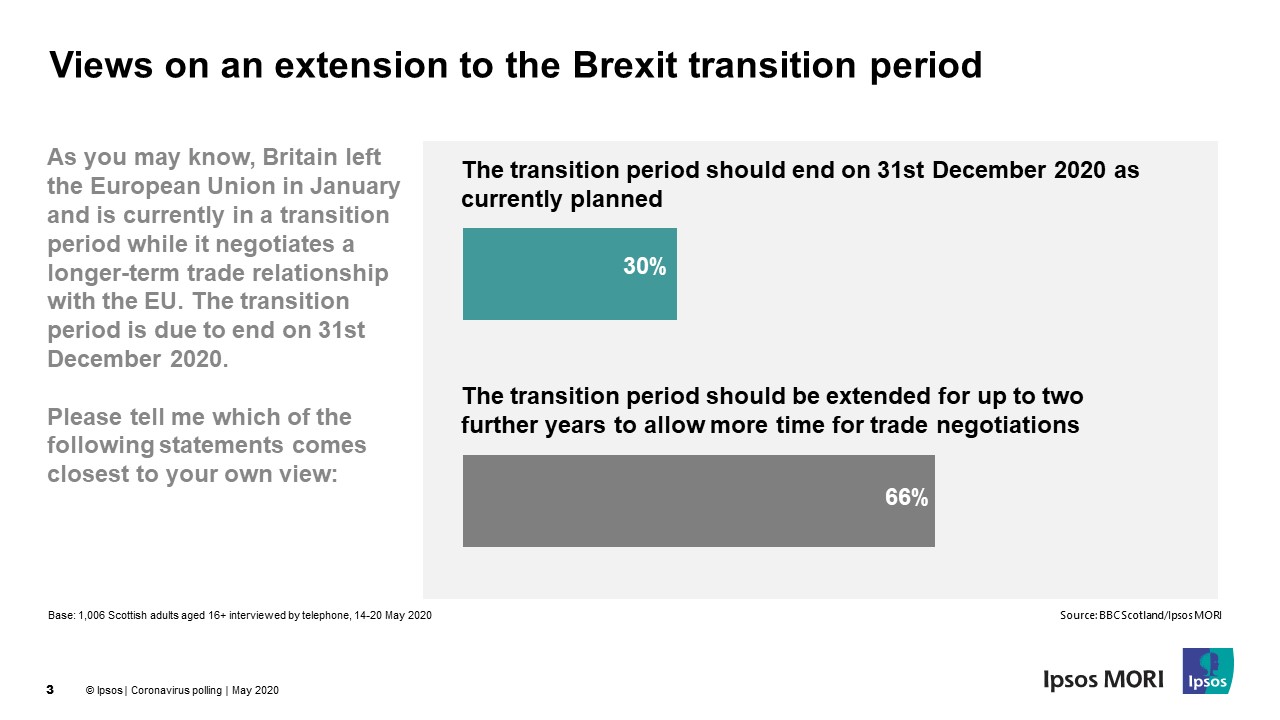 A majority of Scots now think that a second independence referendum should take place at some point in the next five years. This poll was taken in the ninth week of the coronavirus lockdown, and shows that public support for Nicola Sturgeon’s handling of the outbreak is very high. The indication is that Scots’ attitudes are shifting during the coronavirus outbreak, and those campaigning on both sides of the independence debate in Scotland will be watching public opinion very closely over the coming weeks and months.

Ipsos MORI interviewed a representative sample of 1,006 Scottish adults aged 16+ by telephone between 14th and 20th May 2020. Data are weighted to the profile of the population.