This is the second wave of a tracker survey, first carried out in 2014 by Ipsos MORI. The survey is based on a long-term survey that ran between 1999 and 2014, but as the questions have changed, direct comparisons between pre-2014 data and this year’s results are not possible

On many measures, public opinion on this topic is unchanged between 2016 and 2014. 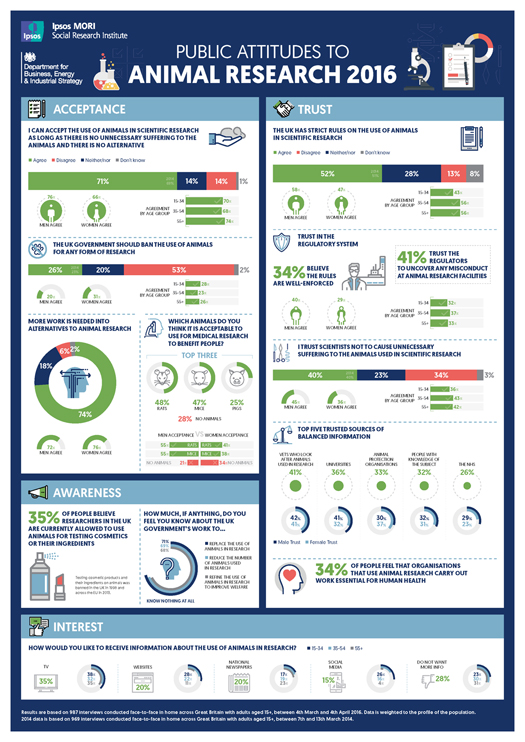 Technical note: A sample of 987 adults aged 15+ from across Great Britain was interviewed face-to-face and in-home between 4th March and 4th April 2016. Ipsos MORI's Capibus vehicle was used for this survey. Data has been weighted to reflect the population profile of Great Britain.