Ipsos MORI’s latest Political Pulse shows an increase in people viewing Boris Johnson unfavourably compared to just after the election. While 41% had a negative opinion of Mr Johnson after the election in December, this has risen closer to half of Britons now (47%), giving him an overall net favourability score of -13 compared to -8 in late January. 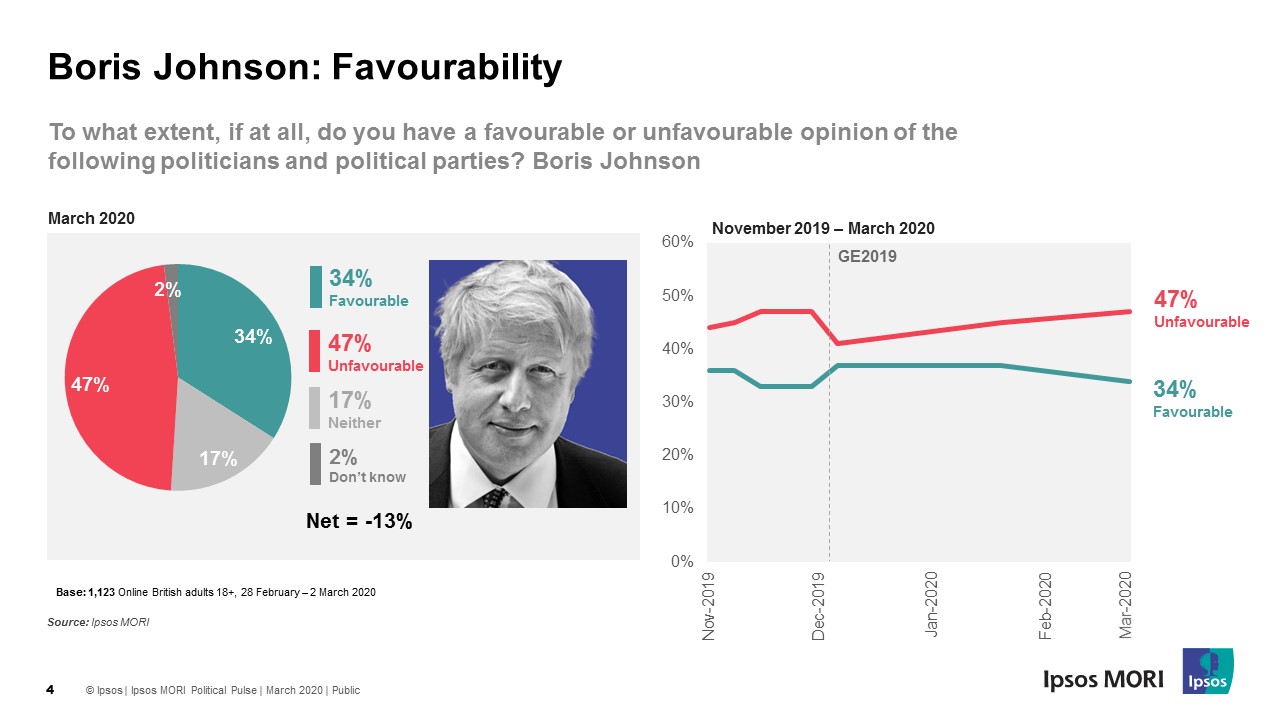 Having a gradual decline in overall favourability following an election outcome isn’t unsurprising.  What will be interesting to watch is how these figures move in the coming weeks once the impact of coronavirus starts to be felt by the public.

The Conservative Party continues to be the most favoured party. A third (32%) of Britons are supportive of the Conservatives, while one quarter (26%) feel positively about the Labour Party and one in six (16%) feel the same about the Liberal Democrats. The Labour Party has the highest levels of unfavorability with over half (52%) feeling this way (net -26). The Liberal Democrats are viewed negatively by 47% (net -31), while the Conservatives are viewed poorly by 45% of Britons (net -13).

Ipsos MORI interviewed a representative sample of 1,123 British adults aged 18+. Interviews were conducted online: 28 February – 2 March 2020.  Data are weighted to match the profile of the population. All polls are subject to a wide range of potential sources of error.