Ipsos MORI and its partner, the Institute of Criminal Justice Studies (ICJS) at the University of Portsmouth, were commissioned by the Department for Culture, Media and Sport (DCMS) to carry out the latest Cyber Security Breaches Survey, as part of the UK Government’s National Cyber Security Programme. It follows an earlier survey in the same series carried out in 2016.

The 2017 survey again highlights that virtually all UK businesses covered by the survey are exposed to cyber security risks. Since 2016, the proportion with websites (85%) or social media pages (59%) has risen (by 8 and 9 percentage points respectively), as has the use of cloud services (from 49% to 59%). Three-fifths (61%) hold personal data on their customers electronically.

In this context, three-quarters (74%) of UK businesses say that cyber security is a high priority for their senior management, with three in ten (31%) saying it is a very high priority.

However, as in 2016, a sizable proportion of businesses still do not have basic protections or have not formalised their approaches to cyber security: 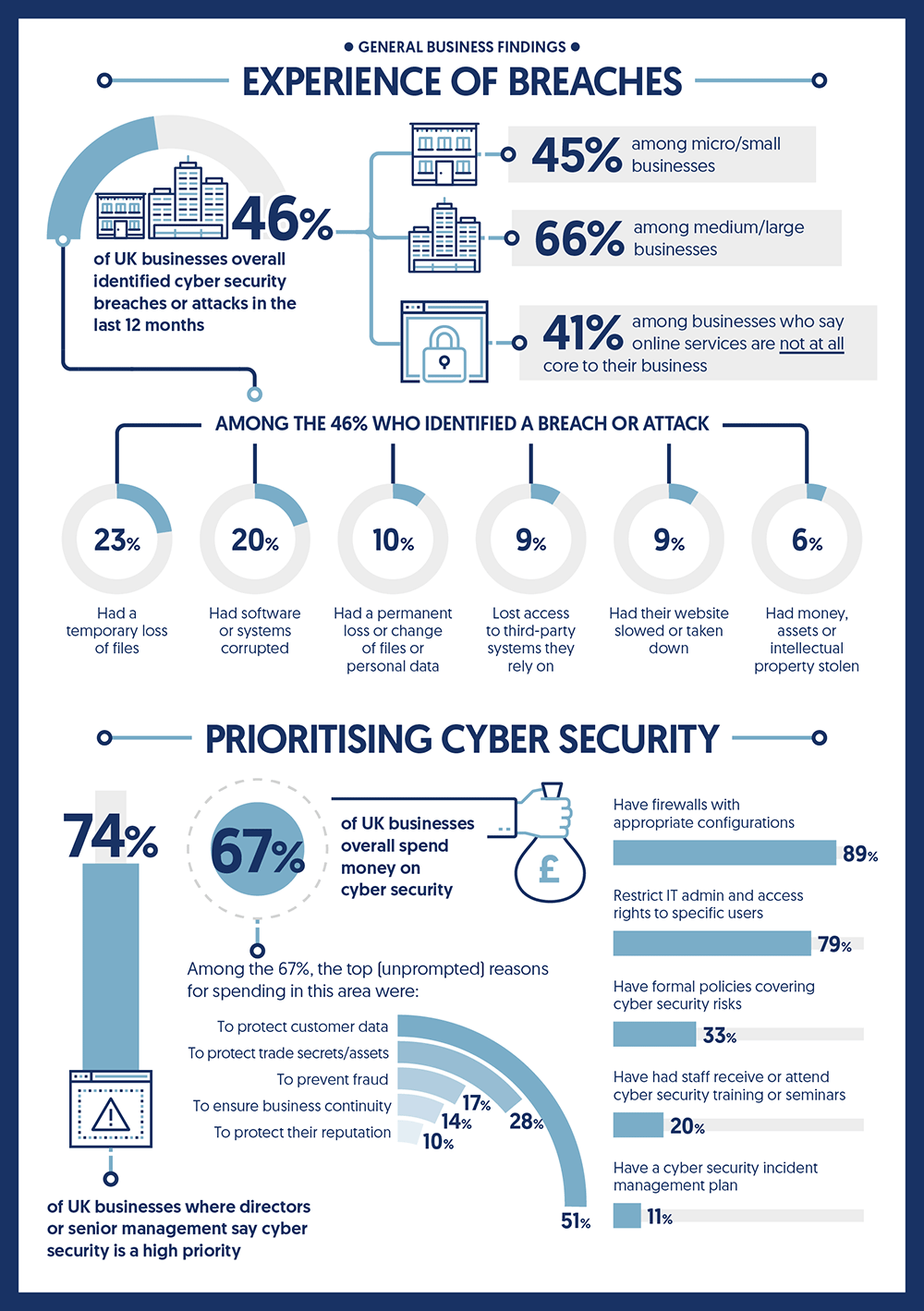 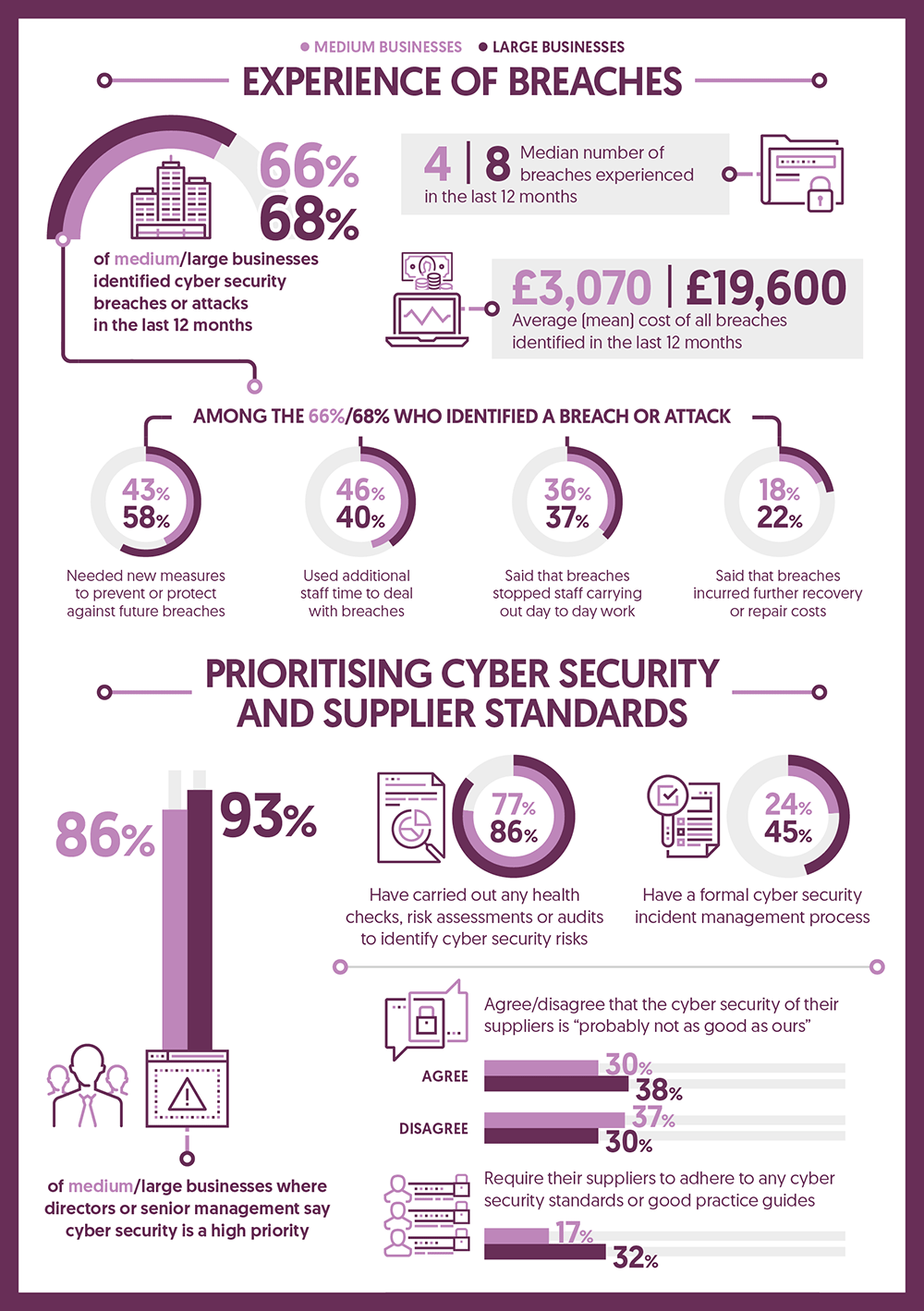 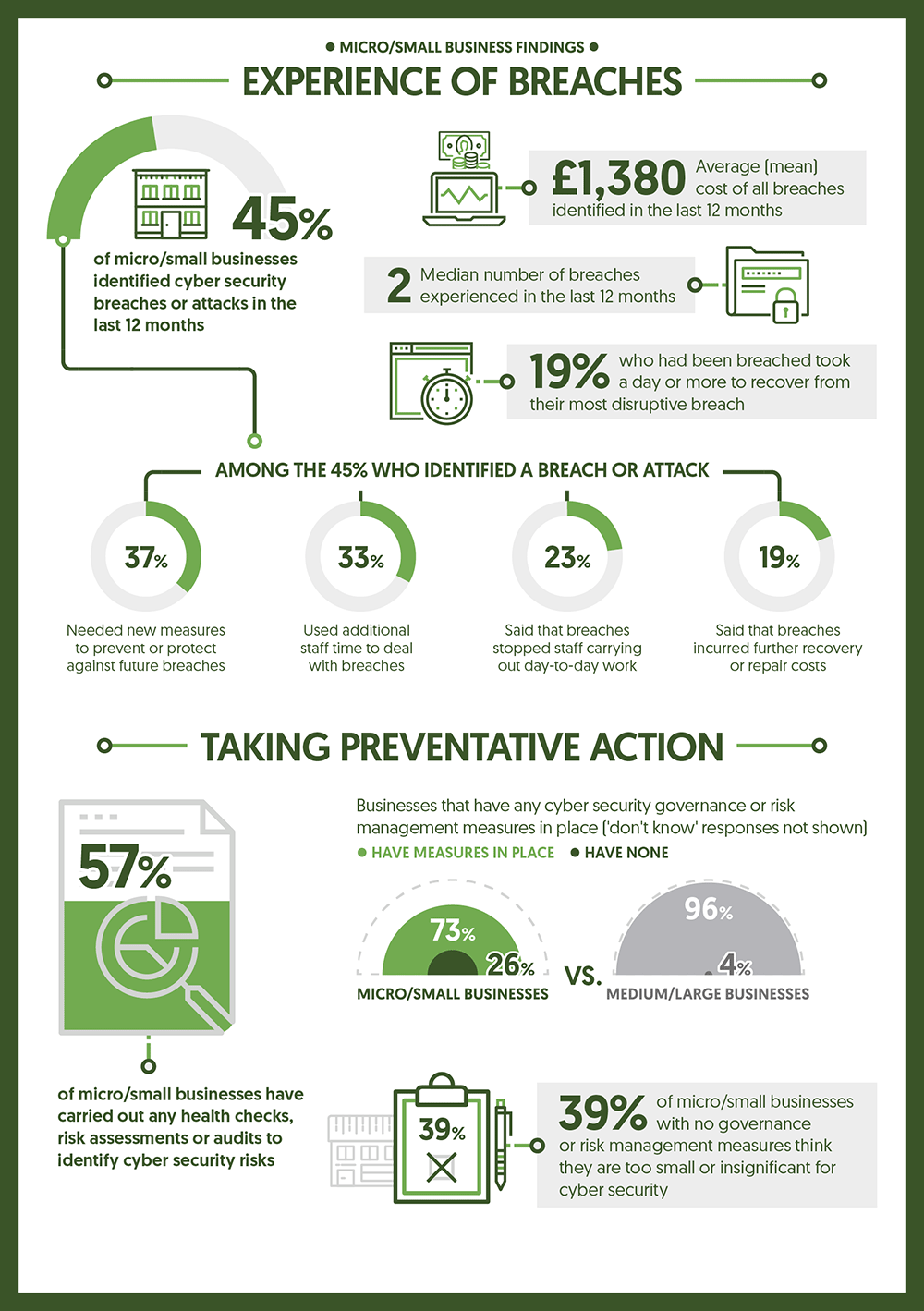