The October 2020 Ipsos MORI Issues Index shows public concern about Coronavirus remaining at a high level. Seventy-three per cent mention it as a major issue for Britain, down from 77 per cent in September. Fieldwork finished on 29 October, two days before the announcement of a second lockdown in England.

The proportion of the public who mention Brexit as a big issue has fallen to 45 per cent this month, from 51 per cent in September – however this remains almost twice the level of concern recorded in April this year (26%).

There has been a significant rise in the proportion who see poverty and inequality as a big issue for the country; 18% mention it as a concern, an increase of eight percentage points since September.

Other concerns are at historically low scores this month – most notably crime. Just three per cent of the British public mentioned crime as a major issue for Britain in October. This is a new lowest level of concern on this topic in nearly 50 years, since the Issues Index began in September 1974. 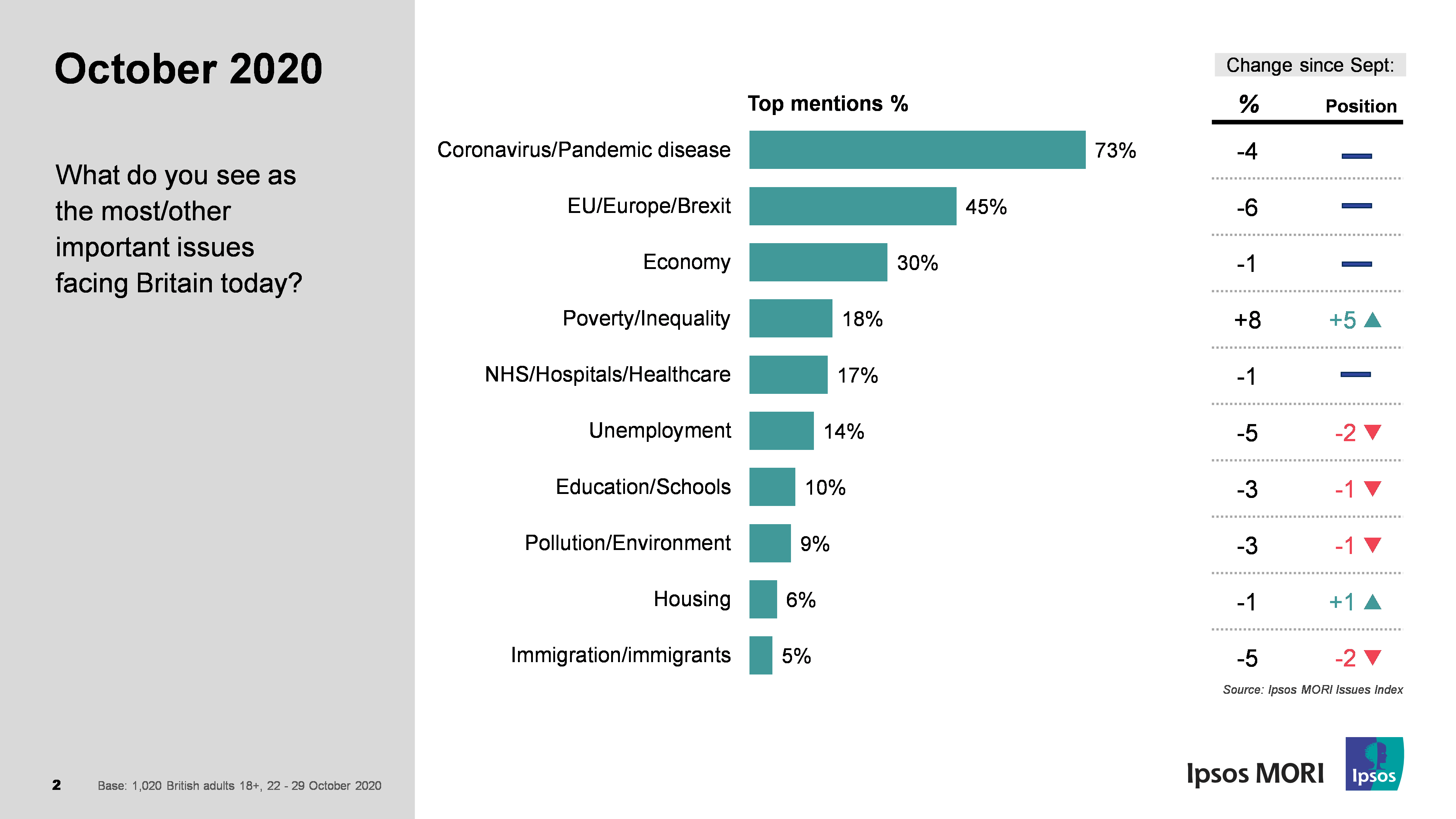 Concern about poverty and inequality has risen significantly this month, coinciding with the debate to extend provision of free school meals for low-income households over the half term school holidays. Some groups are particularly likely to mention this as a big issue: 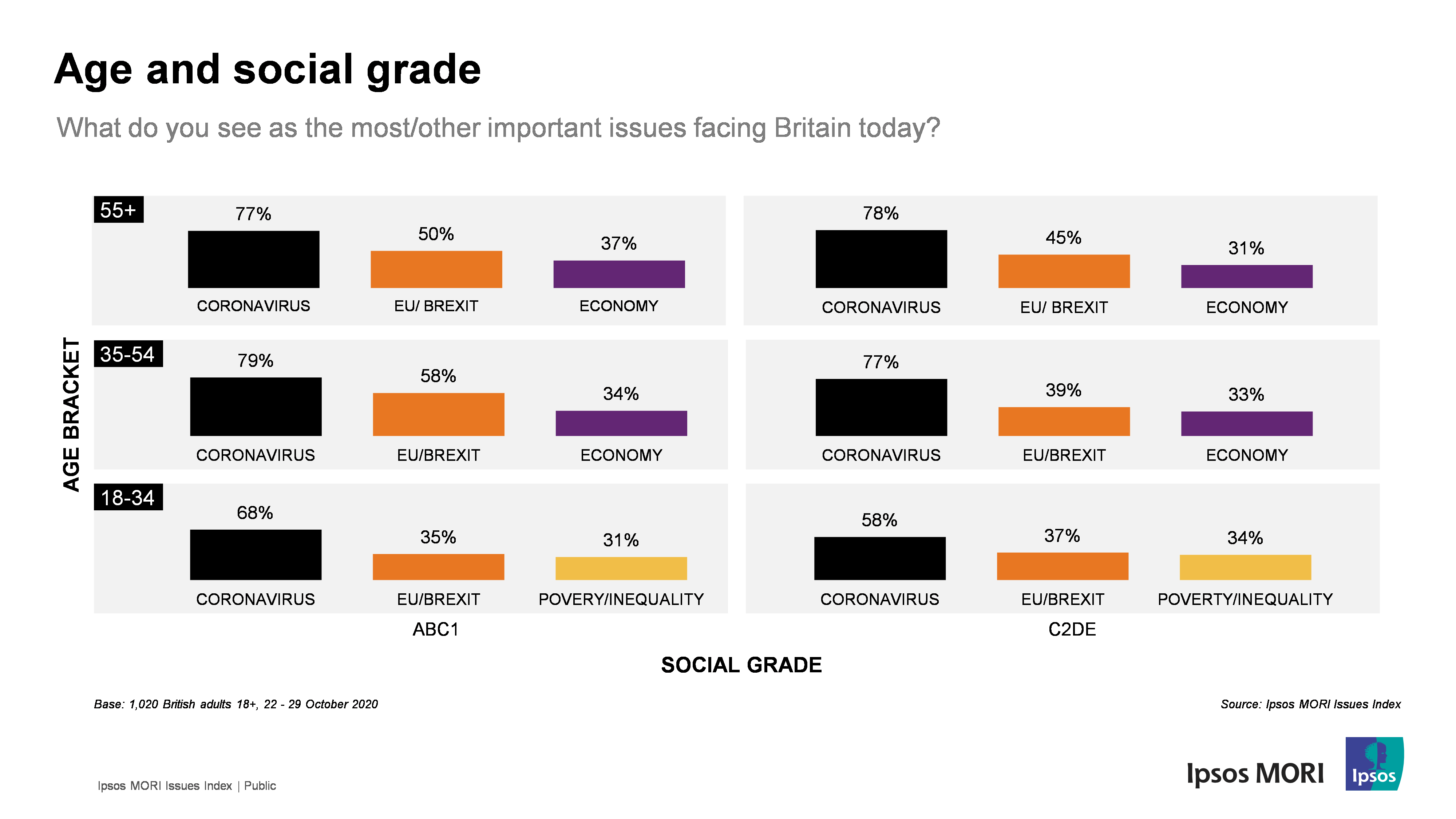 The proportion of the British public who see Covid-19 as a big issue remains at the same level we saw in the summer, although we closed fieldwork before the announcement of a new lockdown in England which may have shifted the dial since then.
We’ve seen some interesting shifts beneath the headlines this month. Firstly, we have seen a rise in concern about poverty and inequality, especially among young adults and Labour party supporters, which may be tied to the debate over extending free school meals during school holidays.
Secondly, public concern about crime has fallen to a truly historical low. Three per cent of the country see crime as a major issue, which is a level we’ve not recorded in the nearly 50-year history of the Issues Index.