As the Labour leadership contest continues, each of the remaining candidates has seen a marginal increase in their name recognition but few still claim to know much about them.

Keir Starmer remains the most well-known with nearly three in ten (28%) saying they know a great deal or fair amount about him (up 4% since late January). Just under one in four (23%) say the same about Rebecca Long-Bailey (up 4%) and fewer than one in five (18%) for Lisa Nandy (up 5%). 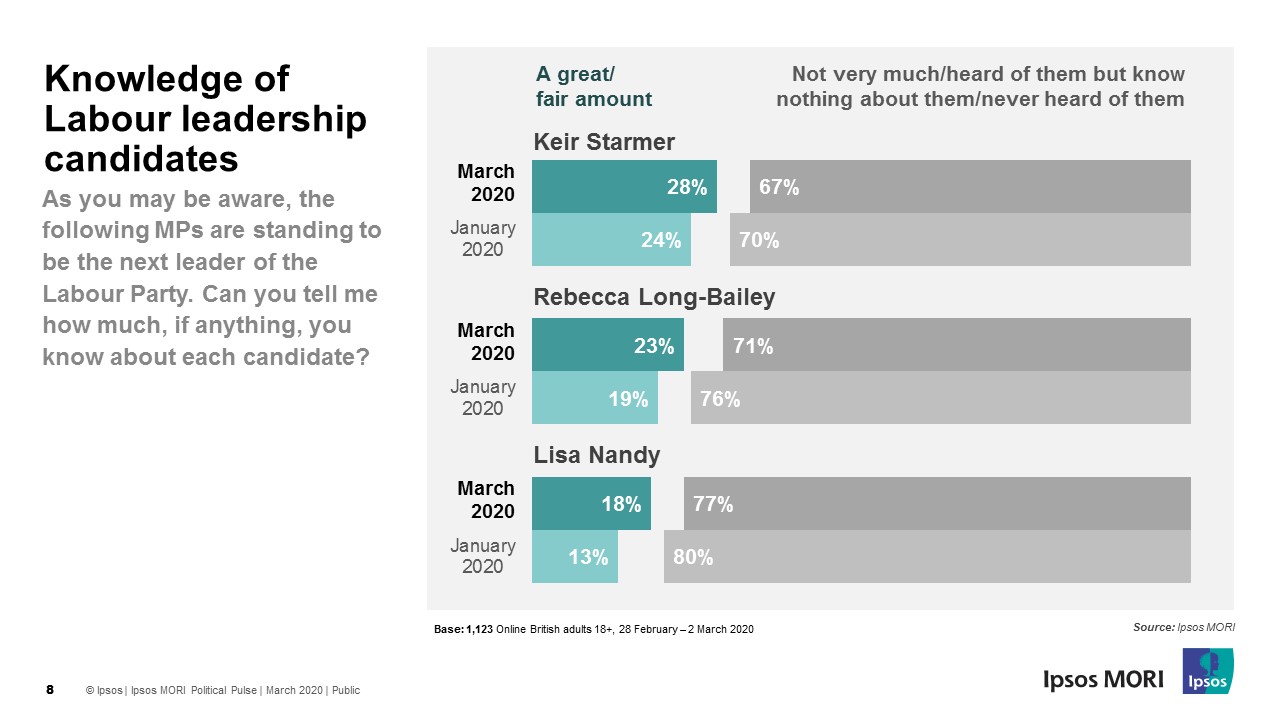 However, this slight increase in familiarity has not moved their favourability ratings. Again, Keir Starmer leads as the most favourable candidate with one in four (25%) saying they have a positive opinion of him. This compares to one in five (18%) saying they have a favourable opinion of Lisa Nandy and nearer one in eight (13%) for Rebecca Long-Bailey. While around one in five say they have an unfavourable opinion of Keir Starmer (19%) and Lisa Nandy (17%), this is nearer one in three (31%) for Rebecca Long-Bailey. 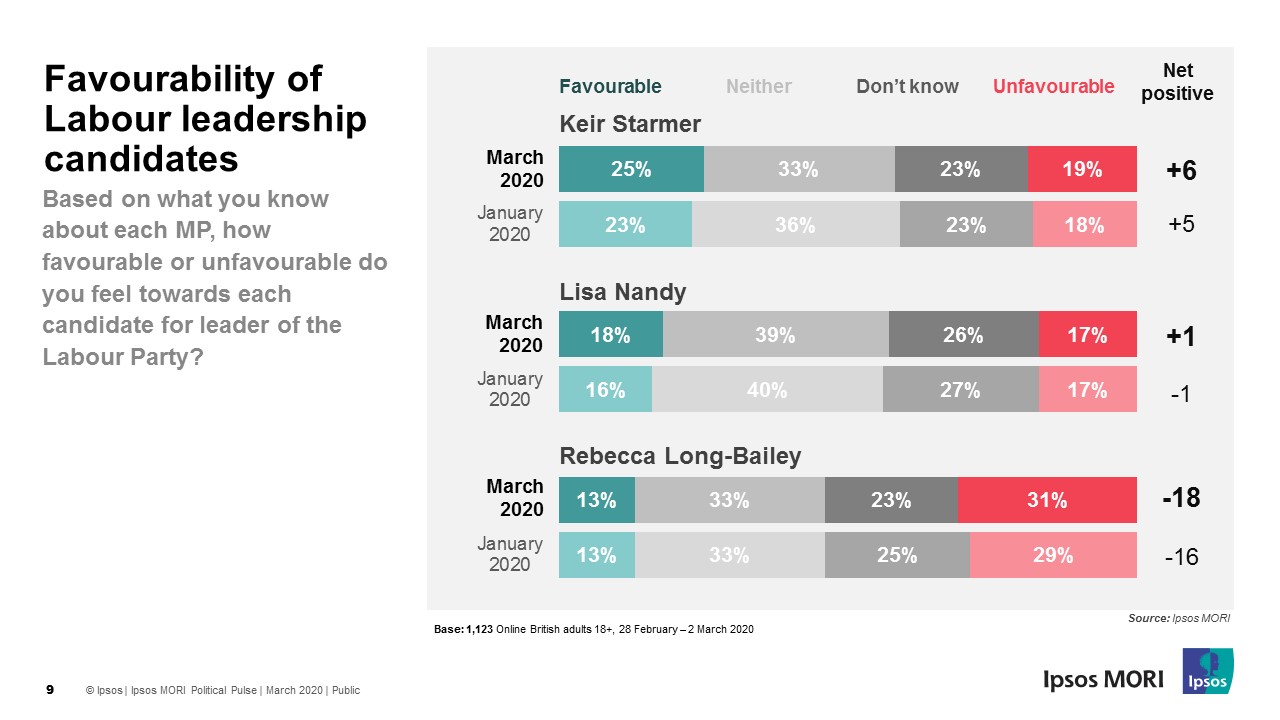 Among those who say they know a great deal or fair amount about each candidate, both Lisa Nandy’s and Keir Starmer’s ratings are much higher, with nearer two in three saying they have a favourable opinion of them (65%, 63% respectively). However, over half (51%) who are familiar with Rebecca Long-Bailey have an unfavourable opinion of her (up 7% since January).

Keir Starmer also has the strongest ratings among those who voted Labour last December, with two in five (37%) saying they have a favourable opinion of him (10% unfavourable). Around one in four Labour voters say the same about Lisa Nandy (25%, 11% unfavourable) and Rebecca Long-Bailey (24%, 22% unfavourable). These figures have barely budged since late January.

After two months on the media circuit the Labour leadership candidates have slightly improved their familiarity with voters. However, in terms of favourability ratings, the race remains very much unchanged with Keir Starmer still in the strongest position but with no candidate facing an easy task in persuading more voters to back Labour

Ipsos MORI interviewed a representative sample of 1,123 British adults aged 18+. Interviews were conducted online: 28 February – 2 March 2020. Data are weighted to match the profile of the population. All polls are subject to a wide range of potential sources of error.