New polling from Ipsos MORI shows less than half of Britons are now hopeful for the lifting of the remaining coronavirus restrictions as scheduled on 19th July. In fact, as many think it is unlikely that restrictions will be lifted as planned as think it is likely (46% vs 44%).  When asked in May whether people thought the original lifting date was likely to go ahead, almost 6 in 10 (58%) were hopeful, but now the figures reflect the mood before the planned ending of the second lockdown in early December last year.  Fieldwork was conducted before Sajid Javid became Health Secretary and the latest updates from the Government on progress towards lifting restrictions this week. 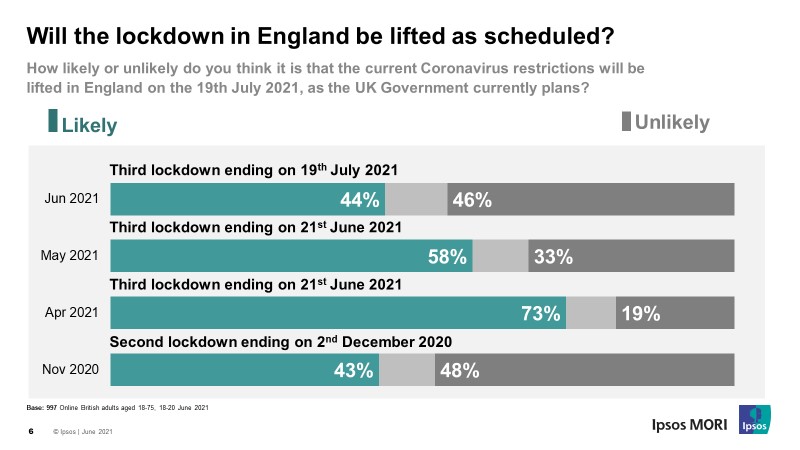 Despite levels of concern about the virus, public confidence in the NHS also remains high. Eight in 10 (82%) Britons say they are confident in the NHS’s ability to deal with those who are getting ill as a result of the virus, up from 79% in February and 60% in January. 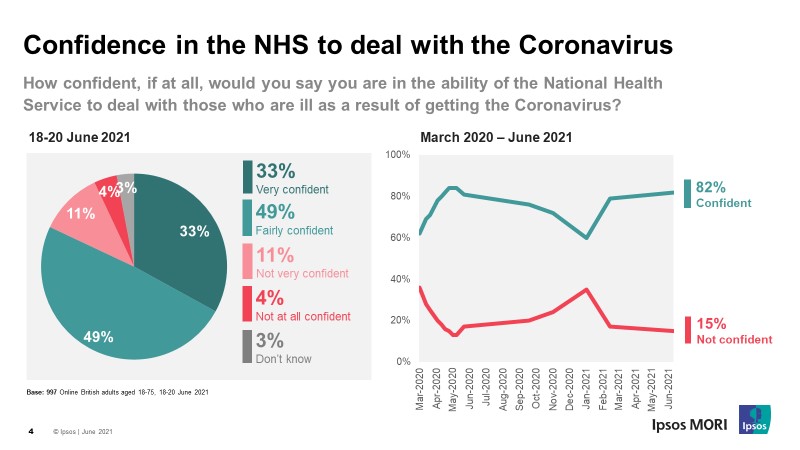 With tracking data showing the prevalence of Covid-19 is up with the new Delta variant, the fall in concern about the risks of coronavirus that we saw earlier in the year has now halted, and few Britons foresee an early return to normality.  But with the success of the vaccine programme confidence in the NHS to deal with those who get ill as a result of the virus is as high as it has ever been since the pandemic began over a year ago.