The public are positive about the importance of social housing in England according to an Ipsos MORI poll for the Chartered Institute of Housing.

The survey supports ‘Rethinking social housing’, designed by CIH to spark a national debate about the role and purpose of social housing.

We found 80% agreeing that social housing is important because it helps people on lower incomes get housing which wouldn’t be affordable in the private rented sector. By a margin of 6:1, it is seen as playing an important role in tackling poverty in Britain. 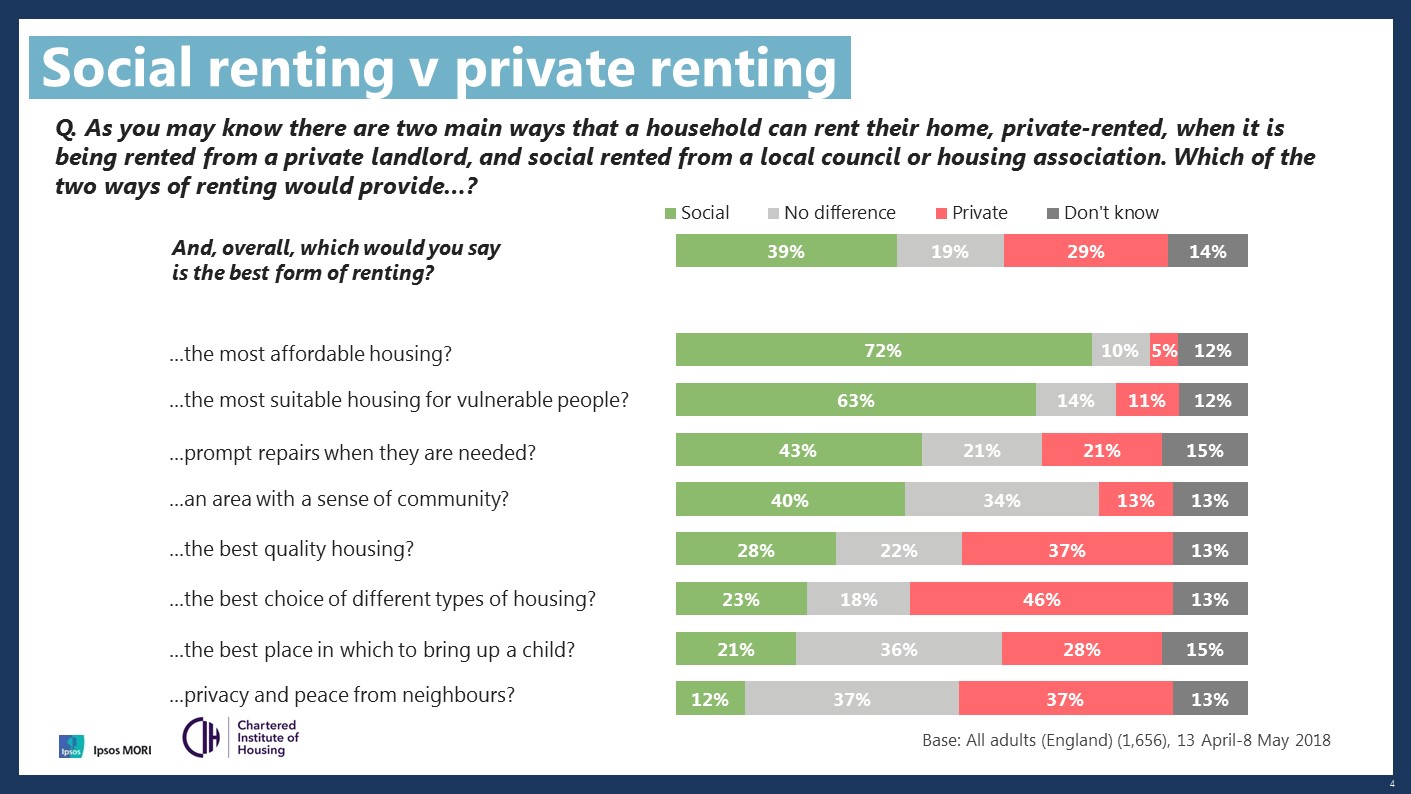 Adding to Ipsos MORI’s ‘Perils of Perception’ series, the survey quizzed people about social housing. It found over-estimates of the incidence of social housing, with a mean estimate of 39 out of 100 adults in England living in social housing, more than double the reality of 17 (according to the English Housing Survey). 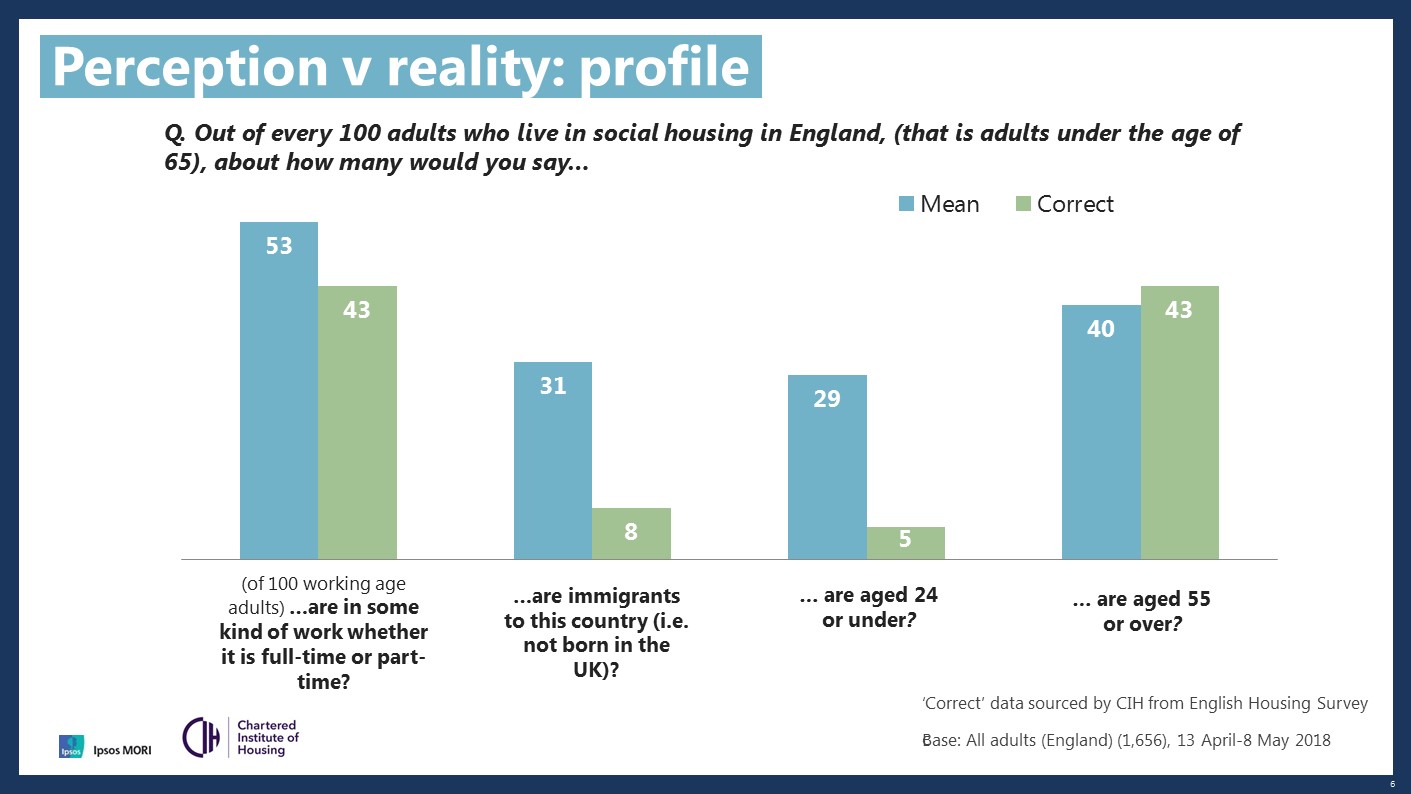 Ipsos MORI interviewed 1,656 English adults aged 16+ between 13 April and 8 May 2018. Interviews were conducted face-to-face in-home. Data have been weighted to the known population profile.