There is slightly more positive news for Sir Keir elsewhere in the poll. His leadership satisfaction ratings remain negative but have recovered slightly following the Batley and Spen by-election. 27% Britons are satisfied with the job he is doing as Labour leader (+5 points from June) but half (50%) are dissatisfied (-1 point). 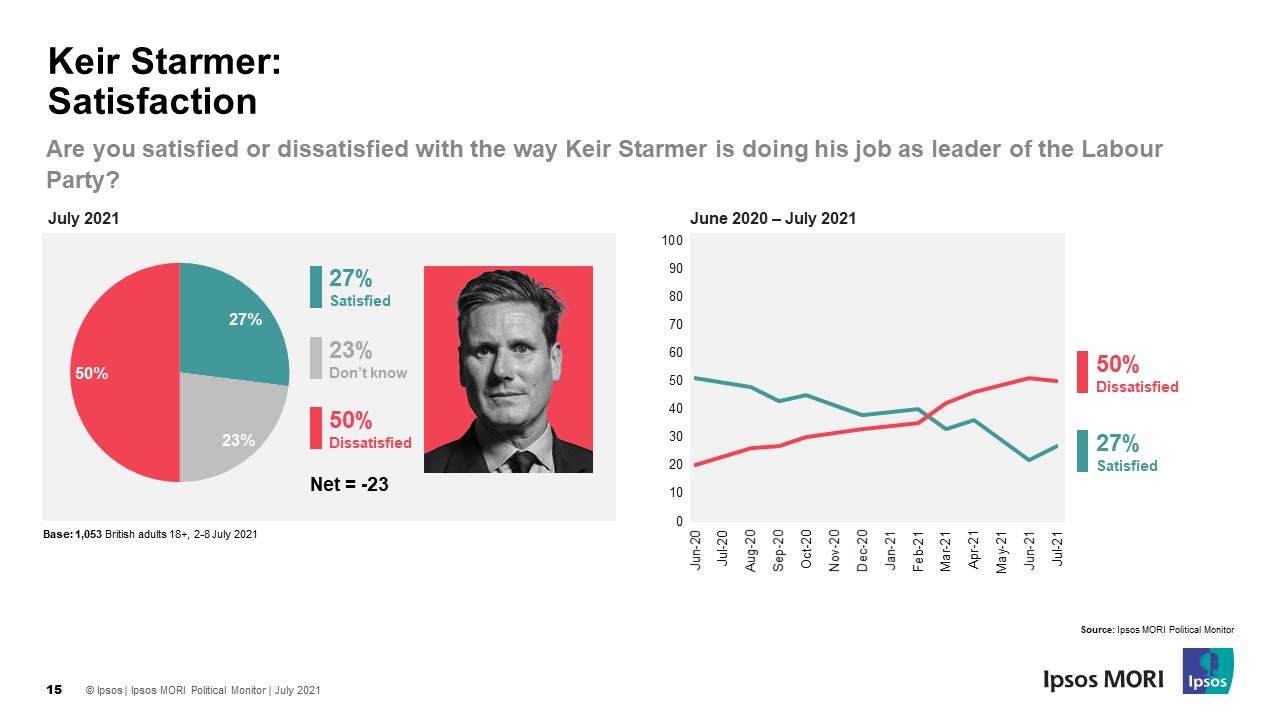 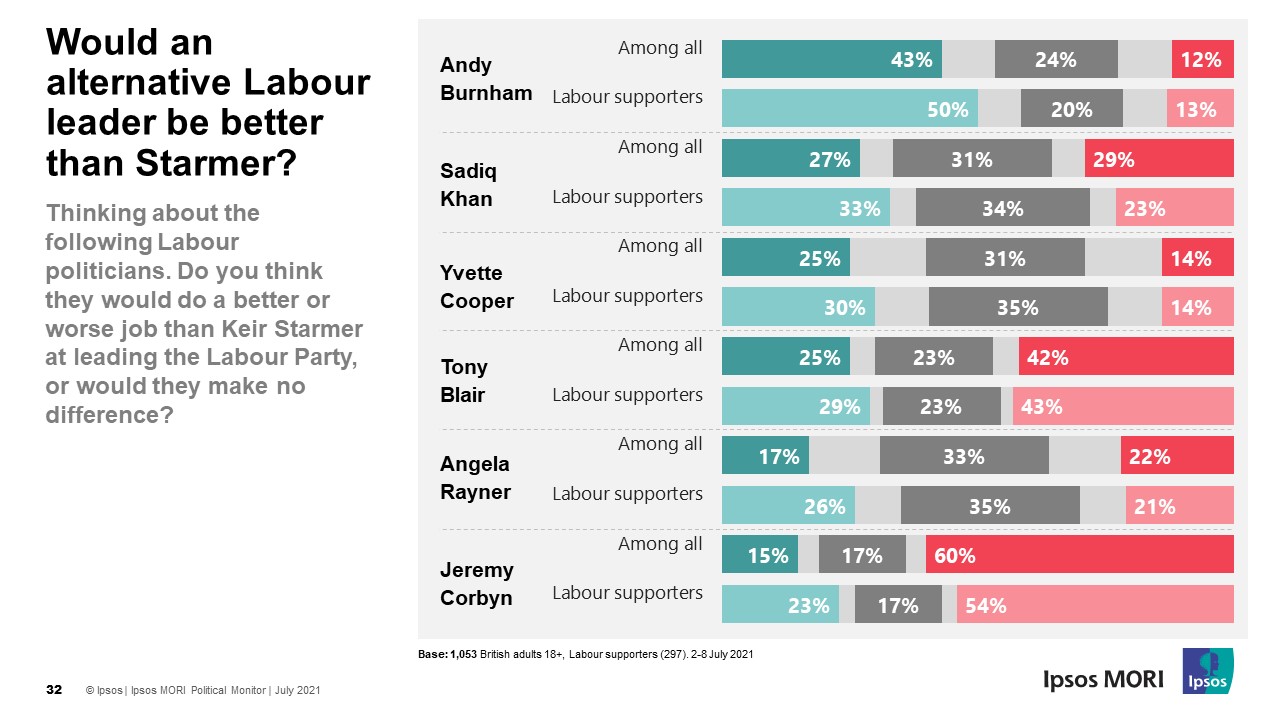 Labour’s narrow victory in Batley and Spen could prove a political lifeline for Keir Starmer in the short-term. Our data this month shows his public satisfaction ratings ticking up slightly and the public are much less likely to think he should resign than they were before that by-election. However, his scores are still much lower than at the start of his leadership, and don’t stand out as very good historically. With almost 6 in 10 telling us he has done a bad job at setting out a clear alternative to the current government, Keir Starmer has plenty of work to do to genuinely turn things around, rather than just stop the rot.

Ipsos MORI interviewed a representative sample of 1,053 adults aged 18+ across Great Britain. Interviews were conducted by telephone: 2nd July to 8th July 2021. Data are weighted to match the profile of the population. All polls are subject to a wide range of potential sources of error. On the basis of the historical record of the polls at recent general elections, there is a 9 in 10 chance that the true value of a party’s support lies within 4 points of the estimates provided by this poll, and a 2 in 3 chance that they lie within 2 points. This is especially important to keep in mind when calculating party lead figures.