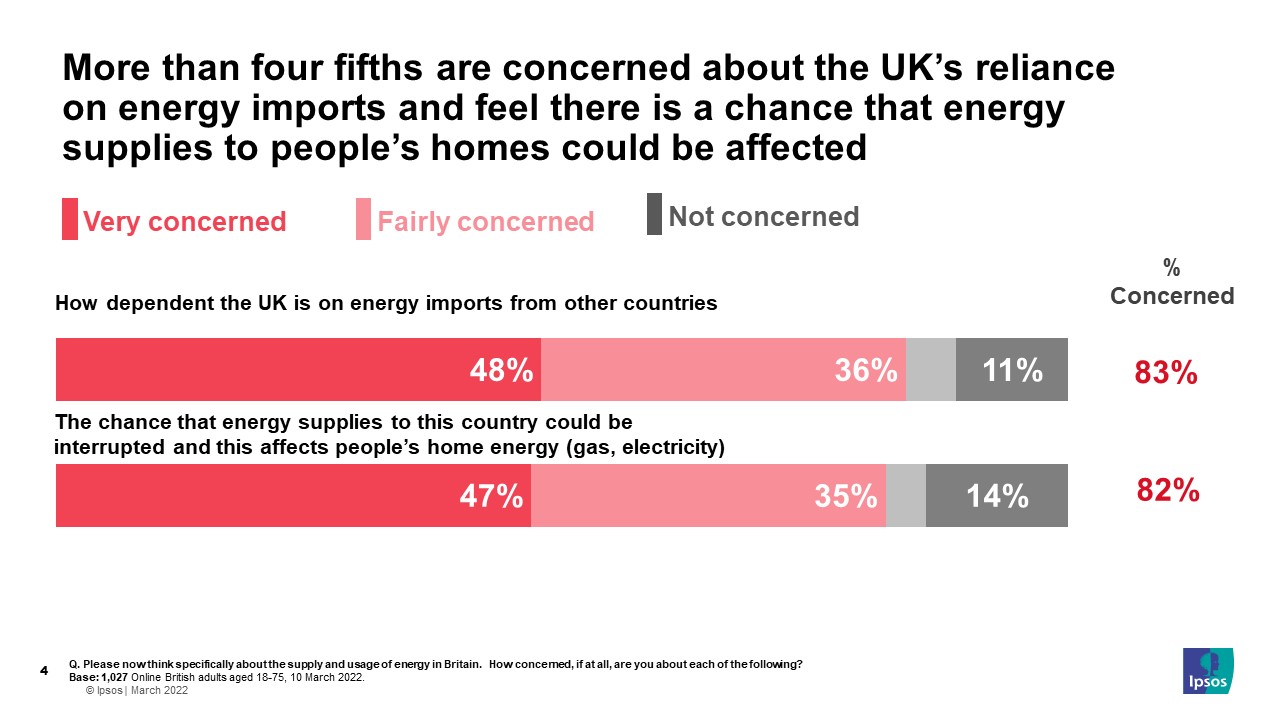 These concerns are against a backdrop of already high levels of concern about energy prices.  Nine in ten (88%) said they are concerned about the price that households in the UK have to pay for their home energy (electricity and/or gas) at the moment, with levels of concern highest amongst older participants.  There is also a strong perception that the price that UK households pay for their home energy will increase in the next 6 months (70% think prices will increase a lot).

When considering how Britain should become less reliant on imported energy, the public are most likely to support investing more in renewable energy and reducing energy use through improving the energy efficiency of homes and businesses (both 77%). These levels of support did not drop substantially even if the change leads to increases in energy bills or taxes:  when asked to consider how much they support investment in renewables or energy efficiency, over seven in ten UK adults still supported these initiatives to reduce the country’s reliance on imported energy. 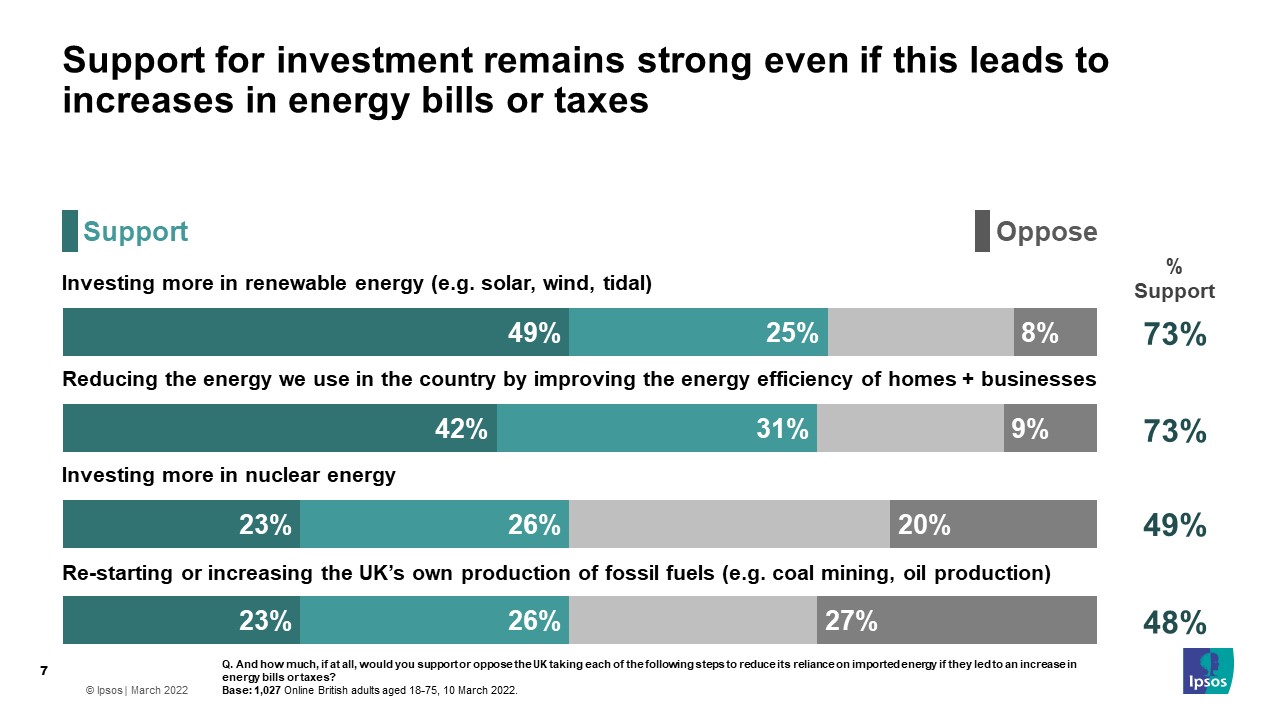 Levels of support were lower for investing in nuclear energy (53% support) or re-starting or increasing the UK’s own production of fossil fuels (51% support).

The current energy crisis and high cost of energy bills, and the Russian invasion of Ukraine and discussions around reliance on Russian oil and gas imports, appear to have brought issues of energy security more top of mind to the British public recently.  Many are concerned about energy bills now, and how these will change in the future.  The public also see increasing chances that events may cause interruptions to energy supplies in the future.
While many solutions to reduce our future reliance on energy imports will take time to implement, it is encouraging to see strong support for policies which improve the UK’s energy security, even if it leads to short-term pain for households through higher bills and taxes.

Ipsos interviewed a representative sample of 1,027 British adults aged 18-75. Interviews were conducted online on the 10th March 2022. Data are weighted to match the profile of the population. All polls are subject to a wide range of potential sources of error.