The online survey of c.2,500 British adults for IMiX is the latest in a unique longitudinal study which looks to track how individuals’ views on immigration and other values change over time. The latest survey finds that:

General attitudes towards immigration are more positive than negative

Just under half (45%) say they’re positive about immigration’s impact on Britain while three in ten (31%) say they are negative (down 3 points). This remains stable after the increase in more positive immigration attitudes seen just before and after the EU referendum and is in line with other recent Ipsos research. 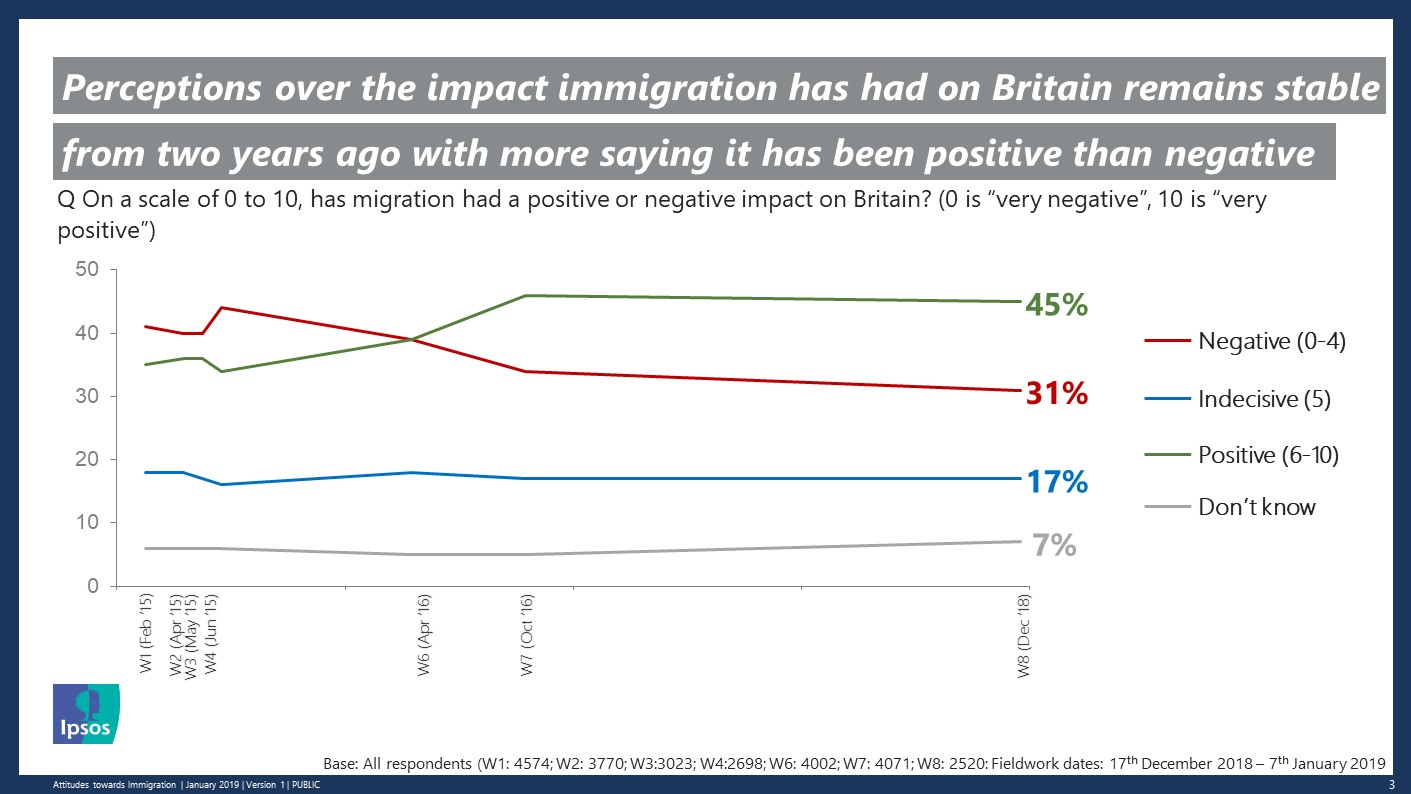 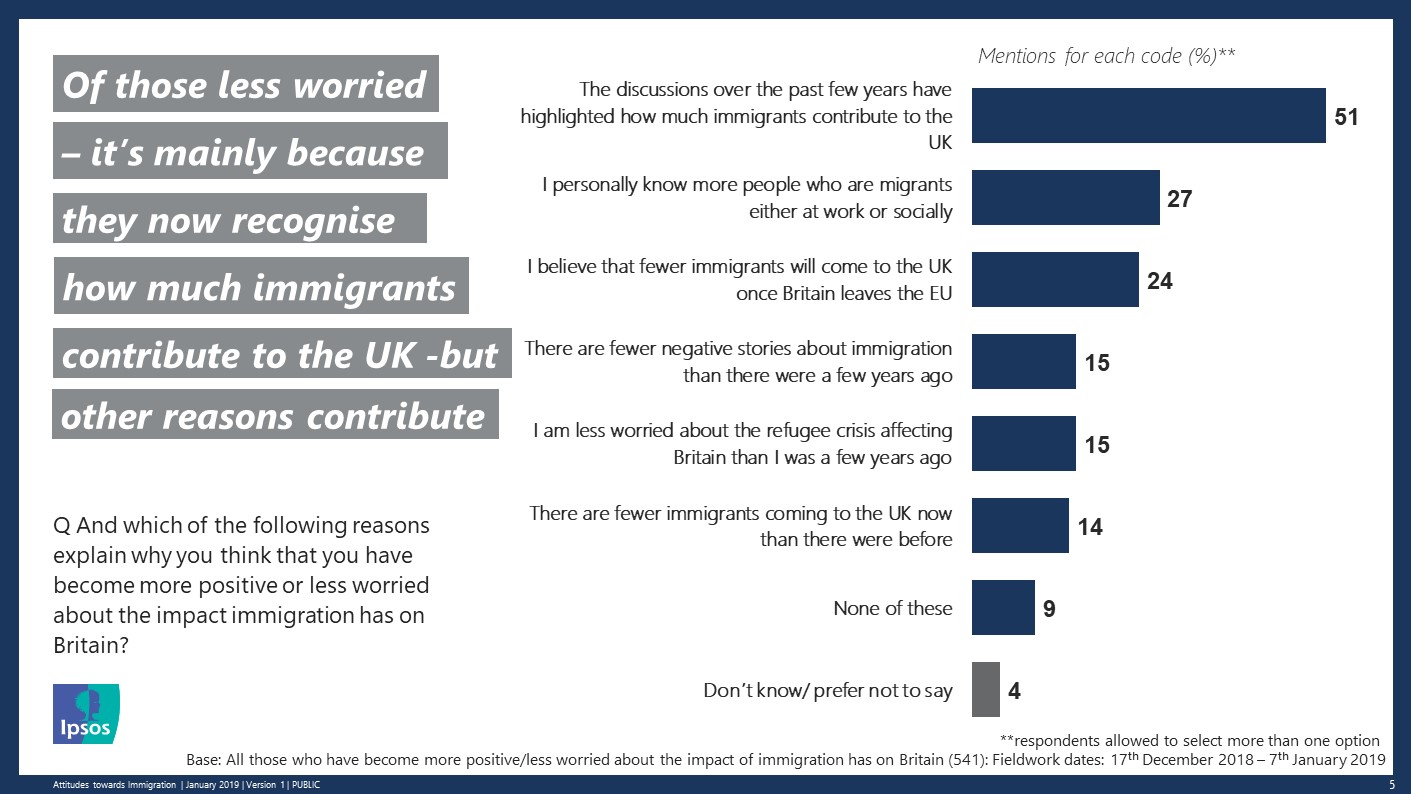 Other findings from the study show:

Brits continue to be positive on balance about the impact of immigration on the UK, a trend which we have observed elsewhere.  The reasons people give for this appear to be a mix of those now being more aware of the positive benefits of immigration as well as those who they think that numbers are and will continue to reduce.  The study also points to the fact that people’s views of migrants are changing – fewer people now think they are taking jobs and welfare services away from Britons.  Yet, despite attitudes shifting in a more positive direction, there is still a sense that migration causes pressures on public services and the majority still favour reducing immigration levels – something which has not really changed much over time.

British people are positive about immigration. We see how much people who migrate to the UK contribute and we like working and socialising together.  For people who campaign for Britain’s immigration system to be reformed so it better reflects the open and welcoming country that we are, we should take confidence in that fact.   First, because it shows we’re on the right side of public opinion. But also because, as the data now shows, it’s the discussions highlighting migrants’ contributions and the more positive media debate around the issue that have helped to bring the public to where they are now.

Ipsos interviewed a representative sample of 2,520 British online adults aged 18+ between 17 December 2018 – 7 January 2019.  The is study is funded by Unbound Philanthropy and the Barrow Cadbury Trust.  Interviews were conducted on Ipsos’ online panel and results have been weighted by demographic factors to represent the British population.