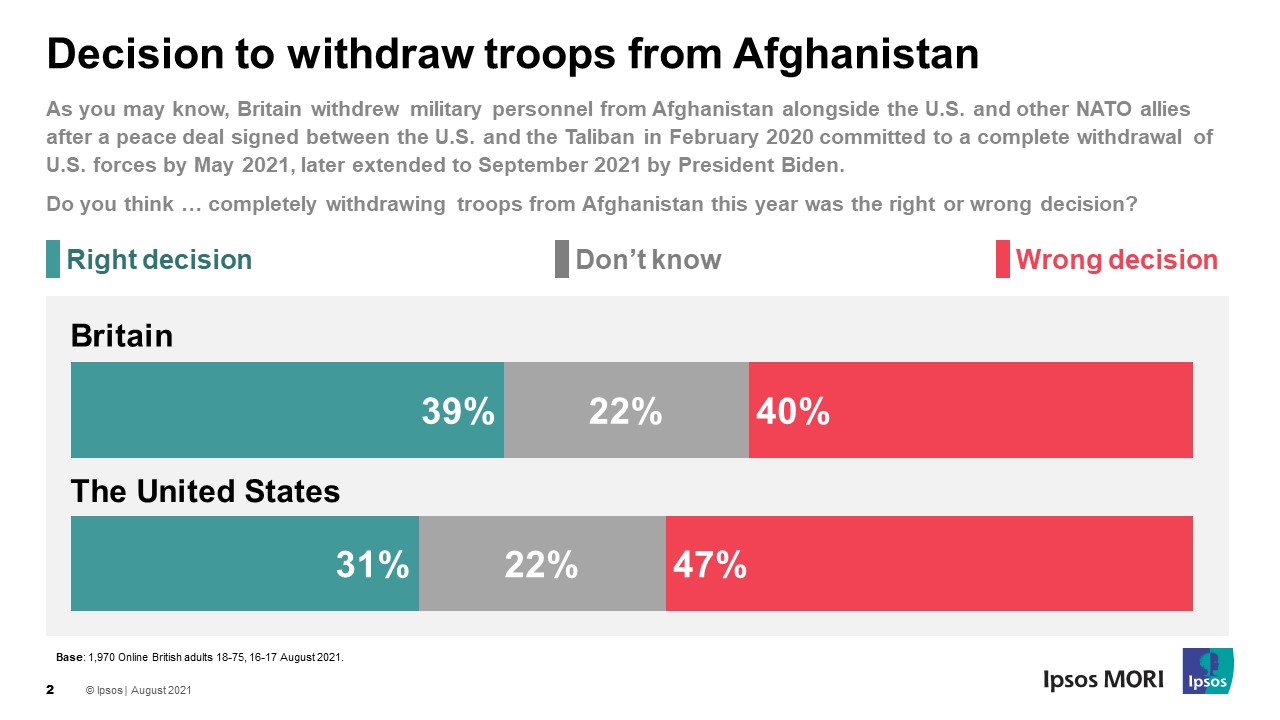 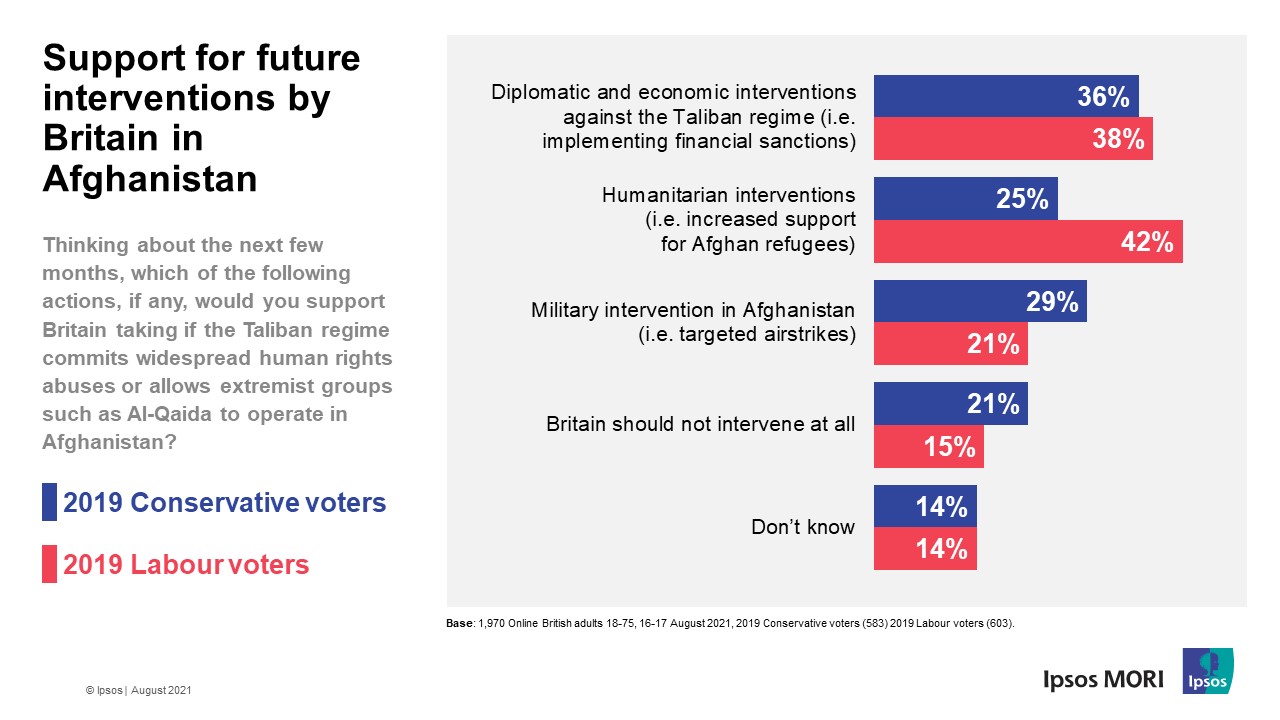 The majority of people (52%) don’t think the British military campaign was effective in bringing stability to Afghanistan. Just one in three (34%) think it has been effective, which is down from 42% in 2015. 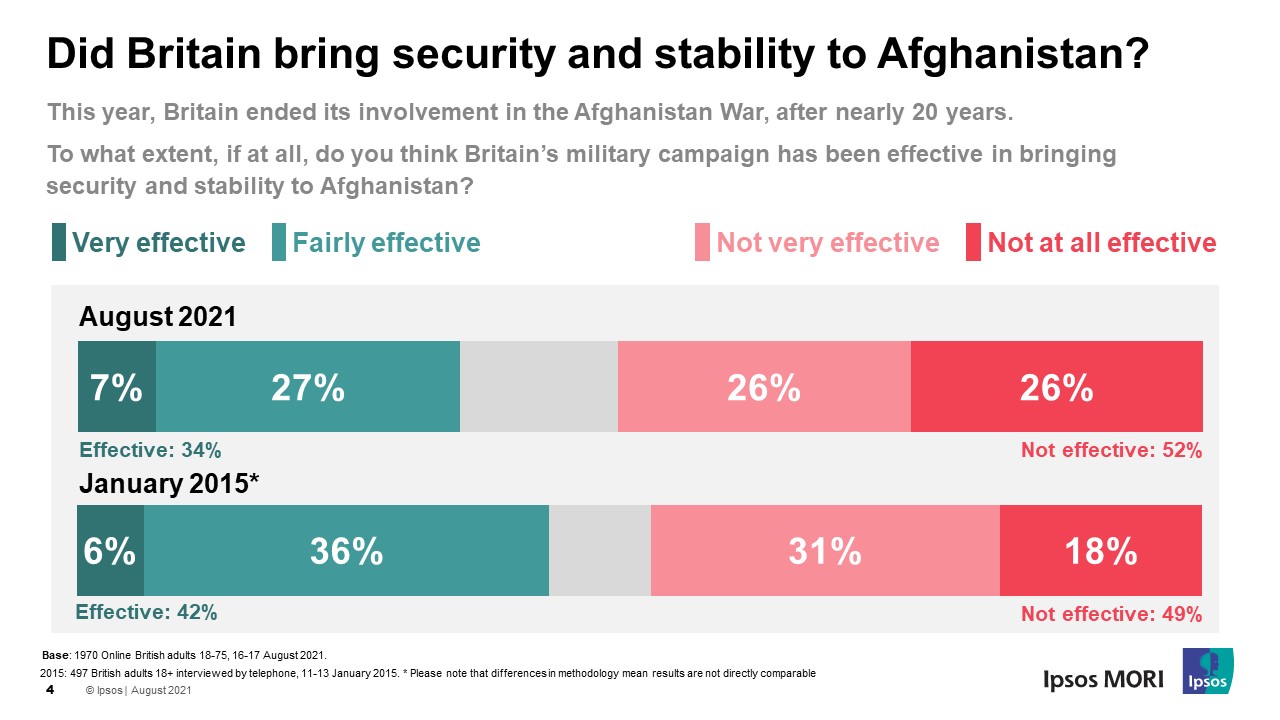 The public also remain split on whether the military campaign was successful in preventing Afghanistan from being used as a base for terrorists to attack British interests. Two in five (42%) think it was effective, whilst another two-fifths (41%) say it wasn’t – this compares to 41% (effective) and 49% (ineffective) in 2015. 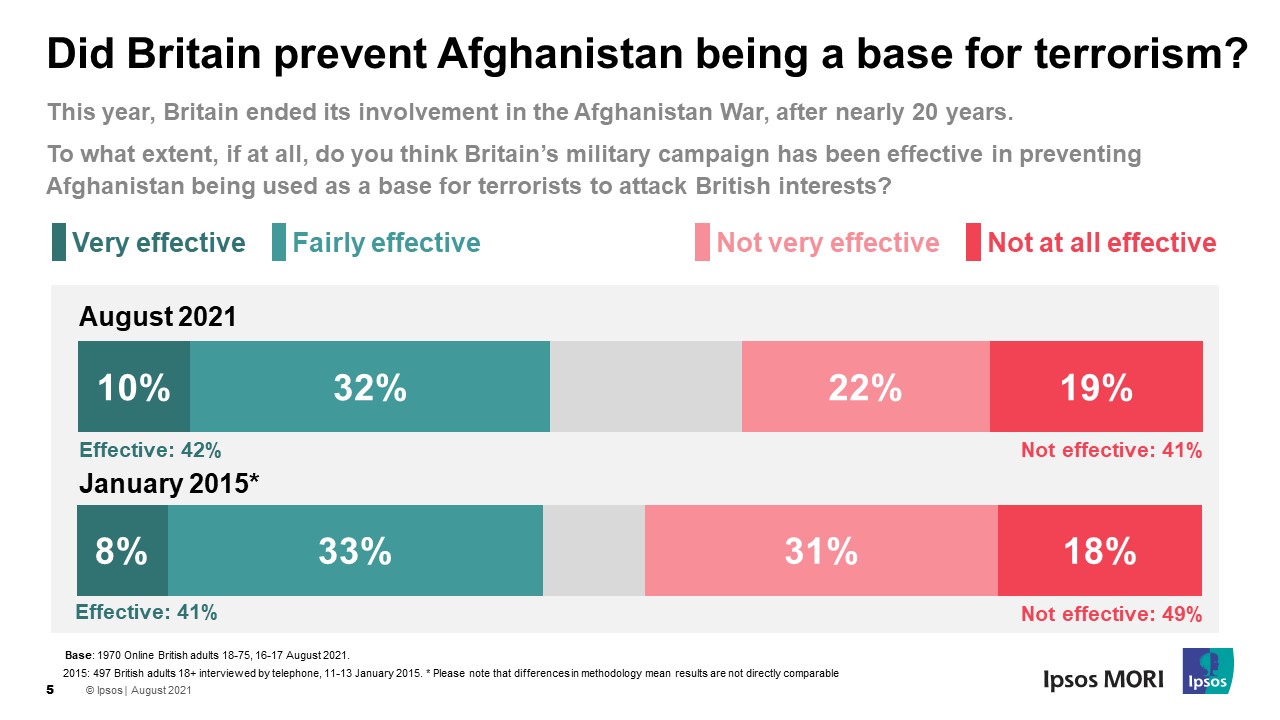 The British public is divided over whether or not Britain was right to withdraw forces from Afghanistan, with 39% saying it was the right thing to do and 40% opposed. More feel America was wrong to withdraw, but even here not a majority (47%).   In terms of what happens next only 19% say we should do nothing; most want humanitarian measures and sanctions against the regime and humanitarian aid.

Ipsos interviewed a representative online sample of 1,970 British adults aged 18-75 between 16th-17th August 2021. Data are weighted to match the profile of the population. All polls are subject to a wide range of potential sources of error.